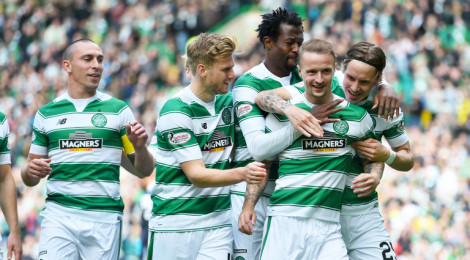 His left foot’s a missile and his right’s just as good
Cheered on by his lovers and each of their brood
They sit in the stands wi’ the weans all on tow
As he slips in to score, on the green grass below.

He’s the mischievous imp with that innocent smile
And, despite what they say, the wee man has style
His tackling’s not brilliant but he’s up for the cause
As one guy found out wi’ a knee tae the baws!

He’s a striker, not perfect but he’s the best that we’ve got
And despite his Welsh name, Leigh Griffiths is a Scot,
When pulled by the ref he gives that unconscious stare
With a wry smile that tells us: “Do I look like I care?”

He’s scored thirty this season without breaking sweat
And we’ll see plenty more hit the back of the net
Sixty starts, fifty goals, the wee man got them telt
The fastest ever tally since the founding of the Celts.

He’s the hunter, the hunted, he’s our number nine
And his commitment’s not questioned when he crosses that line
He’ll stand up and be counted, he doesn’t know how to hide
And shows all the rest how to play with some pride

The wee man’s not frightened and he’s definitely not shy
So when he’s a sub or brought off, we’ve all questioned why
He’s there to break records and they’re all in his sights
The Thumb’s the newest hero to the fans in green and white.

Every club has their bust ups so don’t dig out just him
The guy was frustrated, just a punch thrown on a whim
He’s a fighter, a demon, but an embarrassment, No
So stop pointing the finger and get on with the show.

If you take out the madness who’ve you got in the team?
We want passion and pride, that bhoy from the scheme,
We know he has issues and there’ll be more to come
But that’s the guy we bought into, the man called The Thumb.

We know he’s got bottle and a wee bit off the wall
But we’ve got a striker who will give us his all
He’s playing for the Hoops and lives out our dreams
He’s committed to football, and Celtic, our team.

With fans of every club, he has a wonderful rapport
Like when he scored at Tynecastle and ran to their support
They were going mental, venom spewed out their eyes
And they hate him even more, now he’s at Paradise.

BTW
If you fancy your very own copy of The Holy Poets excellent work, check out his new book below 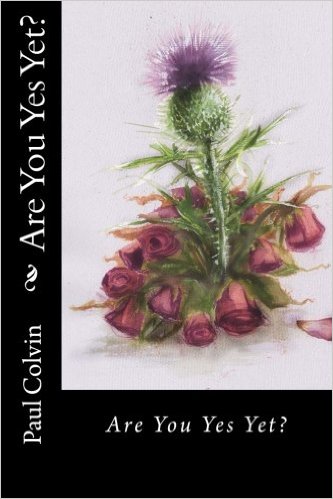 Its available at AMAZON

Thanks JB, much appreciated HH

Cheers Desi for putting this up and the plug for the book. HH