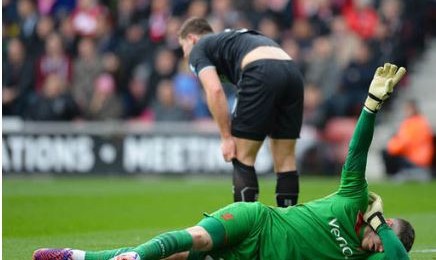 In this Transfer window, Lets have a wee look see at how some of our old friends are getting on…

Artur Boruc – Bournemouth
Oh how they laughed when the Holy Goalie was seemingly found wanting at Southampton after conceding a goal against another teams keeper and seeing the Gentle Giant Fraser Forster arriving from paradise to claim the Number 1 spot. Cue Artur heading off along the coast to wee Bournemouth who were putting up a dogged show trying to pretend to be a club worthy of EPL status. Within a few months Bournemouth would be Championship champs and before the year was out Boruc would be celebrating beating Man United! Hopefully Artur will enjoy a good Euro 2016 after securing the Cherries place in the EPL for next season.

Joe Ledley – Crystal Palace
Super Joe, or as they say in Burnistoun, Hashtag BeardLove! The hairy faced Welsh midfielder departed for London back in early 2014 and as many of his Celtic fans suspected, he has made a great contribution in getting Crystal Palace Eagles flying high in the EPL. While he is still to score this season, 10 games in the league alongside dogged James McArthur ( who saw that one making it?) has helped Pardews side soar and Joe will be one of the first players marked down on Chris Colemans squad list for France come the summer.

Ah the old jokes are the best. After departing cold Scotland for cold Russia, McGeady continued his tour of worlds hot-spot destinations by heading to Liverpool. Sadly its all went tits up for the former holder of the “Hes gonna be brilliant, anytime soon!” title in Paradise. McGeady has watched his claim as an Everton starter slide so much that one segment of Match of the day listed Everton with 9 players vying for the 1 position. Guess where they placed McGeady?..yip 9th.

Will be desperate to get out on load to ensure he makes the Euros with MONs side in the summer…will his ego allow him to actually perform for an EPL struggler without spitting out the dummie or can any of the Championship contenders ( or even Sheffield Wednesday) be able to afford his wages, only time will tell. 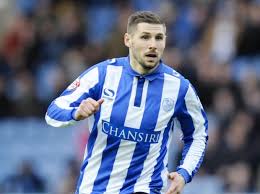 Gary Hooper – Norwich\ Sheffield Wednesday
He shoots, he scores. Oh those happy days when Kris Commons and Gary Hooper could spend summer nights playing Pool in Malaga before returning to training overweight and looking at their nails. A cheap joke of course as both players more than earned their money at Celtic and while Commons got his new contract, Hooper was eyeing a move south and in stepped Chris Hughton and Delia Smiths Norwich. A fresh challenge in the EPL awaited…or didnt as it worked out. It looked set for hooper to establish himself in the EPL with a small side before stepping up to a bigger team and possible claiming an England place. Instead he isnt even wanted by Alex Neil at Norwich and while he is recapturing form on loan at Sheffield Wednesday, it really is a case of “The grass is not always greener on the southern side” for  our former hitman.

Fraser Forster – Southampton
Its great to see big Fraser finally back in goal for Southampton after that horrible tackle by the Invisible man against Burnley back in March 2015.  Given Southamptons performances the Saints fans will be glad to see Forster return as well as his Hoop fans. A couple of clean sheets already should help the former hoop and Gentle giant bed in and hopefully push on to challenge for that Euro 2016 England reserve reserve keeper place behind Hart and Butland.

Virgin Van Dijk – Southampton
Not all Southampton fans are totally over the moon with the big Dutchman after a stuttering season so far for The Saints for both the player and the side  but Virgil has cemented his place in the side for his Dutch boss Ronald Koemand and has even managed to get on the score sheet twice which is a better return that some EPL strikers this season. Wont need to worry about the Euros given Hollands failure to qualify so can enjoy his summer and look to make his mark into 2017 before hoping to make the next “Liverpool sign Southampton player” exit.

Victor Wanyama – Southampton\Higher Ground
Has he signed for Arsenal yet?
The most repeated question in the Saints\Gunners football world every time Arsenal are shown needing a defensive midfielder who wont get blown away with a slight breeze like the rest of their squad. Big Vics reputation continues to soar and its likely this will be the final season with The Saints and quite a few EPL “biggees” could begin a bidding war for his services. Oh how must Peter Lawwell dream of that sell-on clause.

Adam Matthews- Sunderland\Clinic\Missing
The Celtic Park awards singing sensation was sadly ushered( GETTIT?) out of paradise when it seemed we had a decent ( if fragile)  right back duo in Matthews and Lustig. The replacements have all been a bit more miss than hit and thankfully Lustig has managed to wear the captains armband without getting a fracture. Matthews headed to Sunderland in July after 150 Celtic games to join wee Dick Advocaat and Lemonade and both havent been heard of since especially once Adam got an ankle injury and wee Dick got on a plane. Matthews said he moved to secure a place in Wales Euro 2016 squad and Celtic duly got £2m in return. Now with big Sam now in charge it looks like poor Adam may be watching Wales at the Euros from his couch with the rest of us

yip hes still there!, in the EPL too, honest. God knows what photographs our Shay has on Mark Hughes but hes there in the Stoke squad for 2015-16  with a 2 year contract and hopefully getting a good few quid to boot despite no appearances. Having retired more times than Ali, Given has a better chance of making the Euros than Aiden McGeady at present and thats the saddest thing anyone could ever read. In truth Aiden could learn a lot but taking on some of Shays determination, professionalism and excellent attitude. What goes around comes around, after all this is man who gave all his international appearance fees to charity, class.

Oor Dave as he was known when in the Hoops continues to be a regular for the Welsh side fighting for their existance in the EPL. Its been a tough season for the Swans but Ki can be proud of his seasons contribution thus far including a couple of goals against Man United and playing well in the recent Asian Cup where his side lost in the final against Australia. With Jonjo Shelvey departing for Newcastle, the excellent passing and vision we remember from the South Korean may be called upon even more by the Welsh side.
On a side note Ki has no chance of making the Euro’s so at least Aiden McGeady is in front of someone!

Interestingly i always believed that James Mcarthur would do well in the EPL,mini Broonie 2,as i refer to him.I have no doubt Broonie 1 would have made it big to.
I always liked the Bearded one super Joe a much underrated player,as was KI.
Victor,well spotted to the Scout that found him,CLASSY.
Fraser, how Newcastle missed him, they must be blind.

Good article! Would it be possible to do one of all ex-Celts playing in Scotland? I remember a snide Daily Ranger article a few months ago saying we should “develop our own”. Dylan McGeouch, Niall McGinn, Jackson Irvine and Michael O’Halloran all seem to be doing well. And while Michael McGovern conceded 8 last night, he made some great saves, wasn’t at fault for any goals, and is captain of a top flight side. Hail hail

Great title, great song, and a great article.
I often thought somebody should put these stories together – Celtic players who do well in the EPL reflect well on the club and on the SPL. You might not want to add to the theme by showcasing some Rangers players who have also done well down south but that might also be an interesting (Old Firm) exercise.

It’s cold outside/ And the paint’s peeling off of my walls
There’s a man outside/ In a long coat grey hat smoking a cigarette.

“Taxi Mr Deila? Efe’s in the back seat mate”.

Looking forward to “This Wreckage”, a look at the current debacle in Govan, and “Karma Police” – focussing on the career of a glib and shameless liar. “Hunky Dory” following our next foray into the CL? And maybe “Quicksand” when the dark siders slip down the leagues again.

Vote Up0Vote Down
Dan The Man

EFE got his mojo working will have a good finish to season.