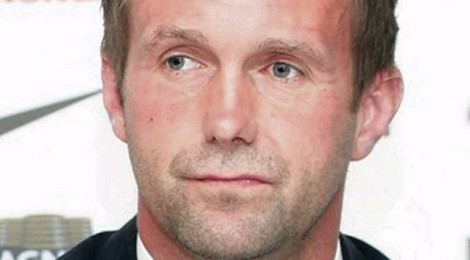 Ralph Malph / January 20, 2016 / 41 Comments / Latest
So, head coach or manager? What do you think, what do we have right now,
what do you want us to have, who do we get angry at when the club appears
as listless as it does right now?
Hail Hail
(N.B. no stats were harmed in the writing of this article)
newest oldest most voted
paranoid_numanoid

It’s a good question – who’s making the real decisions? But at the end of the day, Deila has his objectives which will involve getting the results and these are winning the league and a good run in Europe every year. The weakness to me seems to be his man management and his ability to motivate he players he’s got so that they perform consistently well and have a strong team spirit. I’ve seen it there in patches – but folding against mediocre European opposition is inexplicable and unacceptable and points up this weakness.

Also – I remember Stein talking about his negotiations to take the job – it was all about total control. He knew it was necessary and he insisted on it…it has the right effect on the players.

Where did this post come from ? Talk about going from a positive to a negative. Right now I am focusing on the positives and what a positive last night was. 8 goals which could have been 15. The team looks fresh (amazing what a bit of rest can do)and we are moving in the right direction. We have just signed a Danish playing and are looking at a few more Scandinavian players so that shows that Ronny is the manager but obviously the board must approve but that is always the case. Onwards and upwards we go and yes… Read more »

It was written before last nights game. The point , to me, is more about whether or not Deila is a manager or a coach.

Ralph,
I would suggest neither…..

” Ronny can get us to a higher level “? Really?

I take it this post must have been written over a week ago…….never a good idea to do that as alot can and does change in a short space of time.

elcormaco, Excellent article mate! There is not one ounce of doubt in my mind that it is the board of directors who should be facing the wrath of our support. They are in control of the clubs destiny and to me, they are making a total mess of it with their buy cheap, sell big and replace with inferior player policy. This Peter Lawwell and the board argue against paying ALL our staff the living wage but Lawwell walks away with £1m per year? Disgusting! The majority shareholder pops up on a golf course and tells a gleeful Hun media… Read more »

Hey come on, Why do some of you so called Celtic supporters stop demonising Ronnie and get right behind himTo date he has more trophy’s than Lennon had at the same juncture. Lay off the guy he’s only been in the job a season and a half.

Sounds like a press release from Kim Jong-un ffs.

Can you believe this shit? ” it’s not the job of supporters to hold the manager to account” WTF?

You honestly expect the manager to listen to a support who moans and whines at every unlucky result? When HE KNOWS he has the full backing of the board!

We cannot give him verbal warnings or written warnings. We cannot fire him.

Only Fat PL or the board can fire him. Therefore we must direct our anger at the board.

Attacking players and the manager only causes poor morale and a lack of confidence.

SUPPORT YOUR TEAM and GO AFTER THE BOARD!

Poor Ether, she must be sore.

Not as sore as Bobs wife!!

Trolling again Mongti I see must be bored eh? In answer to your question on the board yesterday. why do I come on a Tim forum? I do so because I happen to be one I only have a go at u my friend because you always have a go at people who have the audacity to have an opinion different to yours

I consider Ronny Deila an excellent manager and I believe he will improve Celtic tremendously. If I felt as the author of this article does (a coincidental reflection of the Scottish Media`s opinion of Ronny), I would at least spell the man`s firsr name correctly.

When chastising someone of their input and spelling, I would make pretty dam sure that I had perfection in my response.

I don’t care whether it is RD, Pep Guardiola or Alan Stubbs in the hot seat, the coach/trainer/manager HAS to have input into what players are brought in, how can he manage players who in his opinion he doesn’t need or want, or who may not fit into his plans or tactics?

Sorry, scrolled past most of that. The manager comes across to me on TV, as a man who is too intelligent for the person asking him skewed questions. There is a quick and easy answer to your ‘Question’ and it is whoever picks the team that plays, is ‘The Manager’. Simple really. HH

Oh dear looks and sounds like someone has not been listening to a word Ronny Deila has said since he arrived at Celtic. A Complete overhaul of the System and tactical approach to games. A Complete overhaul to Diet and Fitness approach A new approach to maintenance and management of Injury prone players. That’s called management Ronny Deila brought all this to Celtic not the Board. He is also a Coach that is a Manager who put his boots and tracky bottoms on and works with the players every day on the training park imparting his vision and wisdom onto… Read more »

|”Oh me heart is living in the 60s still” In common with most other clubs in the world, not just Italy, we have a team of decision makers who each consult with each other and have input to decisions. Ronny certainly does not have “final say” however that is defined but neither does he have no say. And with the exception of a few superstar managers recently (Ferguson, Mourinho etc;) the rest have learned to live with this more easily than the supporter has. And the reason this has come about is the Harry Redknapps, David O’Leary’s and Walter Smith’s… Read more »

Maybe not but flares seem to be back in vogue … 😉

Are you for real ya nobber?

Keep it to yourself in the future. 100% behind the big man, I obviously understand football and you don’t

did flares go out of vogue ha ha

The Vogue in Rutherglen main St?
I used to frequent in the early 90’s

ive danced on the tables ae the vogue many a time

Deila is clueless, OUT!

Fairs fair I might not be his no1 fan but you can only beat what’s in front of you and that was a great result last night.

Vote Up0Vote Down
Dan The Man

Ralph i beleive that is a well thought out article, my own opinion is that there is only one person pulling the strings at Celtic and it is definately not the Manager/ coach, who i belieive has to work within certain perambulators,to coach to chose tactics and to look after the welfare/injuries of the players,he will of course have a say in what positions he wants to fill but that will be based on player accesability and cost. Interestingly only this window i think he has had a bigger say in which players he wants in,i know for a fact… Read more »

Hey Monti I have never read so many blogs that talk so much pish or shit in such a short space than yours. You don’t have a clue.

Somebody else who knows you my friend.