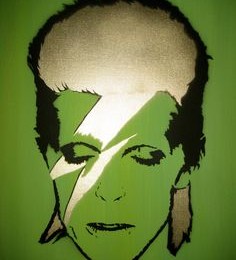 Back in the early Spotify days, I used to do wee Etims radio shows, with random music linked to various Celtic players or events, a mash up of sorts, all in the hope of entertainment. Its been a while since I did one and one I always had planned to do was a David Bowie Celtic show….a case of ‘maybe tomorrow’ and it never got done. By the time I ever get round to making the show, the timing would have passed so heres the track listing and Celtic links….

As Bowie sings about the poor unfortunates we wonder if he means the Celtic fans  who suffered a few years ago or the terrified Ajax defence when Didier Agathe and Chris Sutton ran riot.

Moonage Daydream As close to moonbeams as David Murray is ever gonna get!

Take your pick, now joined by David himself of course but he joins all the Celtic Greats in the original Paradise.

No not included for the various kits we have had to suffer or enjoy through the years, Included as David Bowie seems to catch the SFA and the Mount Florida clique perfectly in his sights here with this lyric:

And these children that you spit on

As they try to change their worlds

Are immune to your consultations

They’re quite aware of what they’re going through

It would be easy to say “Heroes: Say no more.” but it this particular instance I always think of Joe Miller scoring against the Huns at Hampden. Wee Joe maybe had his downs whilst at Celtic but what an up. The perfect “Just for one day.”

A charming parental ditty that we will dedicate to all those cult, I said cult, players, from your Rico Annoni’s to your Paddy McCourts. Some fans love them and some fans stare at them wondering if they are real.

‘The only thing I ever got from you was sorrow’

Could apply to so many things, the way the club treated Big Jock towards the end, the way the fans were taken for granted by the Board, the Feyenoord and Seville results, those terrible signings that only cost the club money and pain.

Sound and Vision / Heavens in Here

Dedicated to Fortress Paradise and of course the recent spate of wonderful Tifos that have been displayed alongside the greatest atmosphere ( ask Xavi, Messi, Owen etc) in the world. Also may apply to Adam Matthews singing at the Charity ball.

Who knew Bowie was such a fan of  the 9 in a row contingent. Although some could also turn that on its head and say the true Golden Years are the ones spent by devoted fans through so many dark days winning sod all but being there for the team

I’ll stick with you baby for a thousand years

Nothing’s gonna touch you in these golden years, gold

Once sung by Bowie on Space Oddity album and once uttered by Harald Brattbakk whenever anyone compared him to Henrik.

Bowie never confirmed the influence of The Lisbon lions on his career but its there for all to see in these tracks.

Historian Tom Campbell has never officially commented ( okay he has never been asked!) but some believe this song is about the shenanagins of a sock free Champagne Charlie Nicholas but with the lyrid ‘You fall to the ground like a leaf from the tree’ its possibly  a portent about The Pest of Prestwick Master James Forrest.

Its 1997 and David Bowie focuses all his attention on the Scottish Media and doesn’t miss!

John Im only Dancing / Word on a Wing

If  big Jock ever asked Jimmy Johnstone “What exactly do you do when you dribble wee man?” then this might have been the reply uttered by Jimmy Johnstone had he the guts to call Stein anything but Gaffer, Boss or Sir.

Not a lot of people listening to the Heroes LP realise this is Bowies classic take on the Joe McBride story.

All the Young Dudes / Future Legend

The Quality Street Gang were probably all fans of Bowie ( although its hard to imagine Kenny Dalglish giving it “Ground control to Major Tom” but this is also dedicated to all the greats brought through the ranks from days gone by and recent delights such as Tommy Burns, Paul McStay right up to wee Jamesie, Kieran and Callum now turning out for the first team.

No not for ‘those‘ songs, but for that night on the steps outside the entry to Celtic park. The night wee Fergus, big Brian and brave Matt stood smiling telling us that the Rebels had won!

Bowies Pin Up album sees him taking a song from The Who and shouting his admiration for the Celtic fans devotion at getting there to see their team play!

Well THEY deserve a mention when such apt titles apply!

For Chaz :Hard to meet a bigger Bowie fan or a bigger Celtic fan. 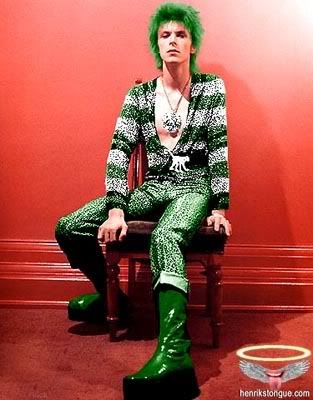 What a talent, both of you.

A fitting and well-deserved tribute to a true phenomenon. Nice one Desi.

Suoerb. Bowie was the man who showed others how to do it. If you can get it on i player, Radio 4 news tribute was excellent. 6pm show.

shouldn’t that be the feyenoord and porto results? or the milan and seville results? 🙂

Can’t say I was ever a fan as such but his talent was undeniable & more importantly a decent guy.RIP.

Lawell man who sold the team

I was a massive fan and great to see you’ve got good taste in music desi. HH

Flew into Seville from Perth, Australia – Unwashed and Slightly Daved.