Jack The Lad watched the game last night, and tells us how he saw it;

DEILA’S  MEN strolled  past Icelandic minnows FC Stjarnan as Celtic progressed  to the Third Qualifying Round of the Champions League.

The Hoops battered the Icelandic champions 4-1 at the 1,000 capacity Samsung Stadium, backed by the 190 strong Celtic faithful, whose christening of the stadium as the ‘Sam Song’ Arena paid off dividends.

On the back of the initial team news, one would be forgiven for confusing the Celtic team with their tangerine compatriots, as ex Dundee Utd players Nadir Ciftci, Gary Mackay- Steven and Stuart Armstrong started together for the first time since Ciftci’s arrival at the club.

Indeed, in the early stages it appeared the Bhoys would turn in a European performance to match the seemingly unfathomable feats of the Dundee team.

On the day that flamboyant Sevco owner, Dave King, declared that his club could only be the SECOND biggest in Scotland if their horde of zombies spent more money on their club than Celtic supporters, one would be forgiven for assuming the evening’s hilarity had reached its peak.

For some, only a Daniel Majstorovic-esque early red card akin to that of the FC Sion debacle in the early moments of the tie would lead to a difficult night.

However, no one seemed to factor in the possibility of Nir Bitton forgetting how to put one leg in front of another as a cause for an early goal, which invariably proved to be the case. The Israeli lost his man in the Celtic penalty area, Jinsen, who slotted easily past the helpless Craig Gordon before the 10 minute mark.

The Hoops responded with a prolonged period of domination, yet found it increasingly difficult to break down the  Icelandic champions.

Celtic continued to pile on the pressure, and after a series of corners, finally found a break through

Nir Bitton managed to reach the ball before Gunnar Nielson and nod home from an exquisite Stefan Johansen corner; perhaps a word never before used to describe the Norwegian’s corner taking ability 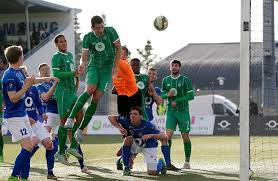 Further attempts at goal from Armstrong and Ciftci never seemed to trouble the Stjarnan keeper, before the whistle rang out on a lacklustre first half from Bitton and co.

When Charlie Mulgrew found himself with time and space on the edge of the Stjarnan box early in the second half, the Icelandic ball boys would no doubt have been forgiven to ready a search team when it appeared the Celtic left back was ready strike the ball from 20 yards out. The tales of Emilio Izaguirre’s goal scoring prowess had clearly echoed across Europe, however, the regular left back had been demoted to the bench in place of Mulgrew, who made no mistake in burying the ball into the bottom corner of the net past the ex Motherwell goalkeeper.

It’s probably no coincidence that the introduction of Efe Ambrose, future Balon D’or winner, in place of Mikael Lustig on the 53rd minute sparked a further upturn in Celtic fortunes. Probably.

The Hoops attempted to build upon their now 4-1 aggregate lead, as Johansen played in Ciftci, who fired over the bar in spite of the offside flag, evidently keen to find out if there was another ball to play with, as the ball boys up to that point had seemed intent on securing a few souvenirs.

Leigh Griffiths, who replaced the quiet Stuart Armstrong on the hour, soon got involved, flicking a shot inches wide of the far post.

After another offside goal for the Bhoys, this time from Nir Bitton, Stjarnan created their first real chance since taking the early lead. Jinsen struck from the edge of the area, forcing Gordon to dive low to his left and poke the ball out for a corner.

Amongst all this was a plethora of golden chances for the Bhoys, as Mackay Steven missed a glorious one on one, firing straight into Nielson’s body. A minute later, Mackay Steven turned creator as he fed Ciftci through on goal with a delightful pass, but the Turk could only manage to fire wide.

With the clock ticking down, Stjarnan attempted to throw bodies forward, but were met with the constant threat of a Celtic counter. With seconds to go, Stefan Johansen managed to steal the ball from an Icelandic player, and drive through the heart of the midfield before laying the ball on to GMS, who easily square the ball in to the onrushing Griffiths, who made no mistake in finishing the game off.

Almost before the Celtic faithful could finish celebrating Griffiths’ finish, in almost identical circumstances, Chico Mulgrew picked out the advancing Johansen from the left hand side, who finished with ease to send the champions home 6-1 winners on aggregate.

And those two seemed a lot happier than in the first leg.

The Bhoys will now face Qarabag, Champions of Azerbaijan, in the third qualifying round. In spite of sounding like a questionable product from Lidl, Qarabag appear a force to be reckoned with, after disposing of FC Twente in the Europa League qualifiers last season, as well as almost knocking Inter Milan out of the group stages last year; only a wrongly ruled last minute offside goal prevented them.

Only a top performance from Deila’s men will suffice.

At least this match report managed to identify the right people; Sutton seemed to confuse half the Celtic team blaming Mulgrew for the Stjarnan goal, but also crediting Mulgrew with the corner from which Bitton slightly redeemed himself.
Some can blame the surface but perhaps the attitude wasn’t right from the off last night, despite asurances it would be eg the surface cannot be blamed for Boyata jogging back into position for their goal. Job done in a mostly professional manner but when there is fear about playing a team from Azerbaijan it slaps right into you where we genuinely sit in the European arena.

” Fear “?
Not sure fear is the word I’d be using Gerry…..
These games are a worry Gerry but we have a good record in qualifying for the Champions league, if not good then at least decent.

Drewster,
I hear what you’re saying m8 and trust me when we went a goal down a few expletives were thrown at the telly from myself.
We will certainly need to wake up from the kick off in the next game.

Gerry, they’re not really an Azerbaijani team though mate, like a lot of the unpronouncable Russian sides you can meet, the oil cash allows them to raid the South American market for players.
There’s no easy games in eastern Europe (is it even Europe?)

Drewster,
Celtic are still trying to get to top gear at the moment and I think at this stage of the season, to beat anyone 6-1 on aggregate over two legs in a Champions league qualifiers, is a good effort from the players.
We aren’t fully settled yet but with each gam comes the fitness, match sharpness and team understanding.

Just finished watching the Jock Stein biopic on BBC Alba. A golden era, with golden memories. We will never see his like again. Magic.

A stroll had become a major strain and, 00012143 for the 26 minutes Stjarnan led the second leg, you could almost visibly see the seriousness of the situation smacking the stunned Celtic players around the chops.