Virgil van Dijks solo effort gave celtic a hard fought 1-0 win up at Perth. St. Johnstone, especially in the second half , put a fair bit into the game, and the points weren’t safe until the final whistle went.

Van Dijk scored after just five minutes after he surged past four or five Saints players and toed the ball past the keeper, causing first scorer bets all over the country to be torn up in anguish. The win keeps Celtic unbeaten in the league this season, eleven points ahead of Motherwell

Dundee United were thrashed 4-1 by St. Mirren in Paisley, and Motherwell managed to beat Aberdeen at Pittodrie, proving shock results can still be found on the Boxing Day coupons if you know where to look.

The game yesterday provided an opportunity for Stevie May, the lively hirsuite fellow who plays up front for St. Johnstone. Normally, a pony tail would exclude a man from consideration for Celtic, ( players with surnames such as Baggio are excepted) but this guy could be what we are looking for in the final third.

No, he didn’t score. In fact, he had very few clear cut chances and actually seemed to make the wrong decisions when he had them to make.

But, Virgil van Dijk , and to a lesser extent Efe Ambrose, couldn’t take their eyes off him for a second. They won’t have a more difficult game domestically this season. May was everywhere, and never gave up running-well, until the combined effect of elbows, pushes and punches finally wore him down. Actually, it was probably the kick in the hoodgeries from Darnell Fisher that finally broke his spirit, but he was a handful, and in a better side, he will become a better player. May could easily have earned his side a penalty or two yesterday, and for those that doubt he has the ability to step up to UCL level, its worth remembering that his bustling, annoying style could do the same for Celtic at the top level next year, where the referees are a little less likely to allow full physical assaults in the box. And seeing as how Celtic started the game without a striker anyway, he has to be worth a punt in January.

Second hand rumour time-by second hand we mean the story is even less likely to be true than if we’d made it up ourselves, which you wouldn’t have thought possible.

Peter Lawwell, according to a chap on the huddleboard, has told Georgios Samaras that he is going to Hull for £1m, and if the big Greek doesn’t want to go, then Lennon has been told not to play him again this season, and actually reminded the forward that its a World Cup year.

Now, speaking as a great admirer of all that Peter Lawwell does, I doubt that this happened. Just the same as I doubt that a few years ago Lawwell got his nuts chewed by an angry Dermot Desmond when he arranged and finalised a deal that would have taken Scott Brown to Newcastle. That one, of course, we made up ourselves, so we know it isn’t true.

So, in conclusion, thats two stories that are so similar in theme that they simply have to be made up.

There are moves afoot to bring someone in , though;

“We have made strides in trying to get one player in,” said Lennon. “We are in talks, but nothing is confirmed yet.”

Wonder of it was in the bar after yesterdays game ?

Actually, perhaps this is a clue; 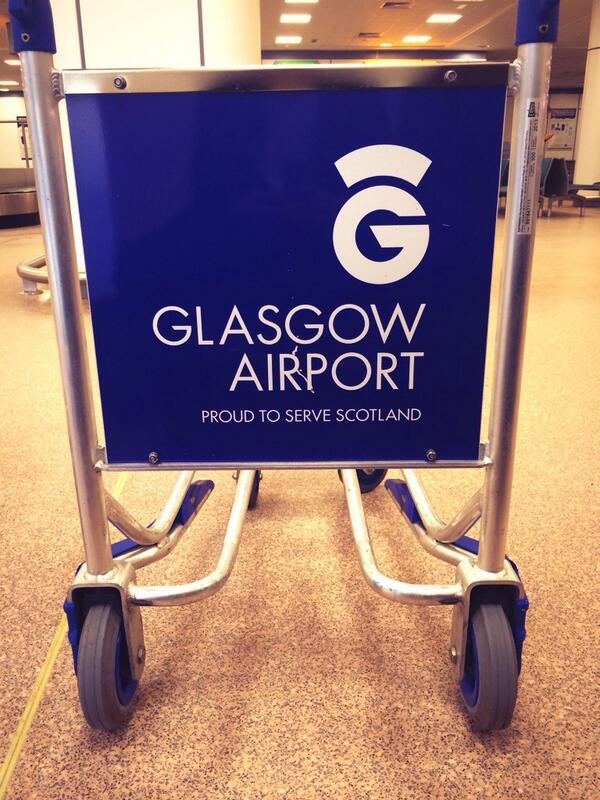 Well, short stop in Glasgow, off to Dubai! #vacation

So, the guy who picks the team is in Perth, and the guy who does the transfers is in Glasgow. And here we have an indicator towards everything that is wrong with the current transfer policy.  Managers manage the team. Accountants count the money and executives execute the manager if he gets it wrong. The executive cannot be allowed to dictate player signing policy. The manager must remain in charge of every aspect of the playing side.

“People think we have a relatively strong squad. But we don’t. A few injuries, and we are looking pretty thin at times.

“The likes of Scott Brown, Virgil van Dijk, Efe Ambrose, Kris Commons and Fraser Forster have played a huge volume of games – basically a season in half a season for a lot of players.

( I think its reasonable to assume that he made a wee mistake in including Scott Brown in that list. )

“A lot of these matches have been high-intensity, pressure games, but I don’t want the players to tail off now.

“Hopefully we can get into the break we are taking next month unbeaten, and come back even fresher for the second part of the season.”

Apparently Lennon wants to get the new guys in so they can be bedded in the side quickly. Like his last batch of signings  were. Bar Pukki, all of the new guys were brought in fairly early in the window, so this time he’s bringing them in the window before. Next summer, we’ll be signing players for the following summer, and so on until we are taking babies away seconds after they are born. Which I’m fairly sure is frowned on by the parents.

Theres the usual plethora of players we have never heard of being linked with the club, and You Tube have approached the club about a possible sponsorship deal as fans pore all over the home made video site to find out who is about to turn the club down.

Meanwhile, Second Rangers lost their 100% record yesterday, drawing 1-1 with Stranraer. Now a third tier game, with one side so far ahead in the league shouldn’t cause much emotion one way or another.

Unless your name happens to be Richard Wilson, who provides us with this marvellous example of objective reporting.

Clearly not as much as its troubling the reporter.

Speaking of the press, I was quite disappointed in the rather disturbing movie The Human Centipede, which turned out to be about a mad scientist who sews peoples heads to other peoples bottoms to create a single organism, and wasn’t an analysis of  a similar naturally occurring  situation that can be found in Scotland between the press and Scotlands newest football club.

And no, I’m not going to put in a picture of something that is actually quite sickening and un-natural to illustrate a point.

Yesterdays picture was taken in the luxurious surroundings of the Hampden dressing room after Celtic beat St. Johnstone 1-0 in 1969 to win the League Cup.

This picture will make you cringe as well. Whats happening here ? 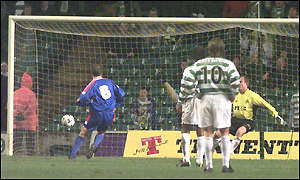 Yet another dodgy penalty decision, at this rate McElbows will be Scottish football’s top scorer. This is how the powers that be intend aiding and abetting the hun 2 into the SPFL, mark my words…….if they last that long!

I remember I was at work that night,we were getting a briefing from the Fire chief when my boss barged in the door, ” Monti are we at fekin home tonight ( he’s a Celtic fan “, “aye I said”…” well we’re getting fekin pumped 1-3″ he said, I’ll never forget the look on the Fire Chief’s face, I don’t think he liked being interrupted tho,my gaffer left slamming the door!

FFS it wasn’t my fault….lol!

Like father like son ,what next for A dallas some dodgy sectaeian e mails no doubt,how did this guy rise through the ranks so quickly,level playing field my arse

This is why we need to keep a weather eye on them. Corruption (to put it extremely lightly) alive and well in the Scottish game.

Ralph, for the past two weeks or so all you have done is complain about one thing or another about Celtic, and today there is more about them in the Diary than there is about us. Please give your face a party and get back to your old self and let us all look forward to our daily diet of good humour which is the Diary.
All the best to you and your team at etims for 2014
HH