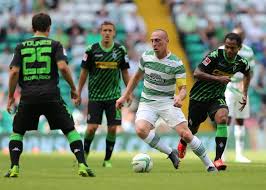 Celtic continued a forgettable friendly run with a 2-1 defeat at the hands of German side Borussia Moenchengladbach. Anthony Stokes scored for the hoops, which probably made him feel better, if it didn’t do much for the rest of us.

After the game, coach ( I think he’s a coach, nobody seems to be sure ) Gary Parker gave the Irishman food for thought.

Whether we bring someone in or not, I don’t know.

We’ve got a few options so we will see what happens. It’s up to Stokes to stake a claim.”

On the match itself, Parker gave us his thoughts;

“It was a good workout. They are a good side and they kept the ball very well.

We had a young side out there and some players back from injury, which was good.I’m pleased with 2-1 because they are a very good side.

The most important thing is that the players that were injured came through it, nobody got injured and we are ready for Wednesday night.”

Sensible words, you get the feeling that these games are a good idea when they are planned, but by the time they roll around everyone just wants to get them out of the way quickly, and no-one seems to care about the result.

Charlie Mulgrew, Adam Matthews and Joe Ledley all got some game time, which was encouraging, and Parker continued

“I was advised by the physio that Charlie was okay to come on at the start of the second half and, for the other two, just 30 minutes.

“They have come through it okay. It might be too soon for Wednesday. They could be in the squad but I don’t know.”

Filling in for Neil Lennon meant that Parker was asked about new signings, and he , at least was honest;

“I’ve no idea. We’ve got options but I’m not going to say who they are.

There are people that we like. Two or three would be good but that’s down to the manager.

We’ve got our sights on a few players and we will see what happens.”

There is no word on whether Celtic will continue to use Parker for interviews. Though those words would probably be

Neil Lennon was away watching Elfsborg, where he joined another 4843 people to see them hold on to fifth place in the league with a 1-1 draw at Atvidaberg.

The home side took the lead in five minutes, but shortly before the hour mark one of two people called Larsson in the Elfsborg line up managed an equaliser.

Six minutes later, Mohammed Bangura was substituted ( not before he missed a penalty ) and reports that he went for a drive with the Celtic manager to meet a couple of friends are way off the mark. 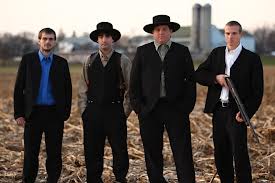 Actually, Bangura has said he doesn’t want to play against Celtic;

“There is so much pressure on me right now,  I am going to have to sleep over it.

It is hard for me, but I just have to get on with it. I really don’t know what to do to be honest, but I have not spoken to Neil Lennon.

I understand the point of view of Neil Lennon, who does not want one of his own players playing against him. He has to find a way to win the game and that is what football  is all about.

For me, if I don’t play,  I don’t know what I am going to face at Elfsborg. I could feel dead. I don’t know how my career is going to be and I just ask for God’s help.”

It would be kindest to either sell him to Elfsborg, or just bring him home.

Another striker , gary hooper has deserves a bit of praise for his honesty in his statement after he left Celtic last week.

I’m desperate to play for England. That’s a massive thing for me,

The problem is nobody really gets a chance for England when they’re playing in Scotland.

I know Fraser Forster got in last season but after the Champions League run was over he found himself out of the England squad again.

If I’d managed to get in the England squad with Celtic, it would have changed my thinking completely but it didn’t and that’s why I knew I had to go prove myself in the English Premier League.

It was hard to leave Celtic but it was something I felt I had to do.”

Fair enough. you can have your capital letters back.

What all that means is that any Englishman with designs on the national team has will be difficult to convince that his furure is in Glasgow, but seeing as how they are usually overpriced, overpaid and overrated, we should be able to live with that. Hooper was the exception.

The club have dismissed reports that James MacLean is about to leave Sunderland and join Celtic, and there is no sign of anyone not previously mentioned being smuggled through customs at Glasgow Airport. The support are becoming a little restless, and the press are in a downright panic. With Second Rangers signing only rejects from other , similar lower league sides, there is a lack of feel good stories ahead of the new season. Actually, what that really means is there is a lack of feel good stories about the old establishment club.

The new establishment club, ( as some call us-especially on Etims podcasts..) are doing fine.

Speaking of Second Rangers, they are on telly today, giving their support a chance to see how the new signings shape up in the prestigious Ramsdens Cup. They face Albion Rovers, and rookie boss Ally Mccoist has been talking up his teams chances.

“I wouldn’t say I wasn’t interested in the cups last year – of course I was. But the best way of putting it is that I got over the disappointment a lot quicker than I usually would.

This year will be different. The disappointment would be far greater because we have a better squad than last year.

The boys we’ve signed have that winning mentality – they wanted to get to finals with their previous clubs. Cammy won the League Cup with Kilmarnock and Jon won the Scottish Cup with United.

I’d like to think they believe we have the kind of squad capable of going on a run.

I’d hope we are now in the position of the rest of the clubs in the top flight – apart from Celtic. St Mirren won a cup last year which was fantastic.

Celtic will start as favourites for every competition – and I don’t have a problem with that – but I’d like to think we would be in the mix with the other clubs.

We have the same hopes in those cup competitions as all the top-flight clubs, outwith Celtic.”

You cannot fault his optimism, but at Etims we are aware that Scotlands brightest young manager is a little nervous but will bring all his maturity and experience to help guide his new players through a potential bananaskin 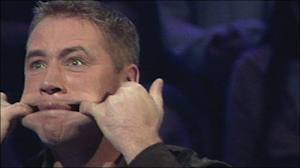 The game is at Livingstone, and a big crowd of around 7000 is expected, despite the game being live on BBC Alba at 4pm, which should brighten up a dull Sunday afternoon.

Speaking of the BBC, they might find themselves in a wee bit of hot water.

Cast your mind back to the League Cup Final in March 2011, and this line from Rob MacLean;

I’d love to go through a football show without having to mention the word sectarian but at half time I feel that I am going to have to because those outside who can hear the songs being sung have been telling me that the Celtic supporters have been singing sectarian songs during the first half despite Celtic going very public with their intimation that they want it completely stamped out.” At the time, a lot of Celtic supporters felt that this was some sort of pre-planned attack on tims at the game.

Especially when his little sidekick Pat Nevin twirled his pen and said “Yeah ” before MacLean had chance to outline what he was saying.

It appears, via Charlotte Fakeovers, that meetings took place between a few people who decided to try to influence the agenda of the state funded broadcaster…

It won’t surprise anyone that this meeting was shortly before MacLeans rant, and questions are now being asked as to who told him to have his rant.

Of course, it may all be another example of Timmy paranoia, but anyone who saw the programme could see how it came out of nowhere, and looked as though it was scripted.

Pat Nevin has offered to meet any CSC to explain his viewpoint, and has stringently denied any undue influence.

Nevin is more than welcome to join one of our podcasts where he can state his case, and we would love to ask him a few questions.

Someone else who should be answering a few questions is Neil Doncaster-the new season is just a week away, and there is still no new sponsor.

Yesterdays diary featured Paul Wilson as the Peter Shilton lookalike, and today, can you identify this guy, who played a massive role in a cup final 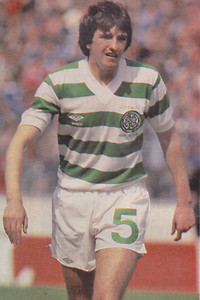 That’ll be Mike Conroy in the 1980 final. Between himself and big Latchford they did a great job covering centre half.

Thanks, really enjoy these articles. Was the Rob McLean rant not at the Scottish Cup Final against Motherwell? I’m sure the info from Charlotte will be either ignored or denied and scoffed at, as you have intimated. Perhaps the most important result will be convincing any stragglers within the Celtic support to end any relationship they have with the MSM, and turn to the many fan generated sources that offers a wider, more eclectic content than any other team in Britain . How to get the message to these many Celts out there who don’t use the new media. Anyway,… Read more »

msm were beside themselves prior to the game almost the whole celtic defence missing,and a midfielder and part time striker playing at center half,the big pie eater now biased columnist known as DJ was going to run riot and were going to get well humped,oh how wrong they were,I think we restricted the filth to one half chance all day

Having read through the Charlotte tweets it makes me sick to the stomach, if this is true. What is even more amazing is that there is someone called Brendan McGinty working at the Sunday Mail, was the school checker not working on the day of his interview.
The times are changing , The old rangers are dead, their new spawning is a parody of the old one, the old media is also in its death throes, however the BBC should be above all this,heads should roll.

Ralph You have no idea what relief you have brought to an old man’s knees with alternative Sunday readings. It is just a pity it came out of the blue (sorry!). Otherwise I could have stood up hours ago. However, it has done me the world of good so I passed it on to the fella upstairs who told me he enjoyed it so much he might consider giving the Diary biblical status. Yes, it is defeat all round in our pre-season enterprises and our friendlies too. I see the Wee Tims need some penalty shooting practice when they come… Read more »