Celtic continue their depressing tramp around Europe tonight with a game against German side Union Berlin. If you haven’t got anything better to do-and surely we all have-you can find live coverage in the usual places. If you can be bothered.

Thing is, we will be bothered. Thats why the Berlin coach ( obviously not as top notch as the new Sevco coach )  Uwe Neuheus was excited about the game.

” This is a very special day . We have all looked forward to it and now its finally happened. I am curious if we can enforce our game against Celtic, which certainly have a high quality. Lets try this. ”

Then he went away to watch recordings of the previous tour games, and was rushed to hospital suffering from ” burst sides ”

For Union, the game is to mark the opening of their new stand. for Celtic fans, they will be hoping the seats face away from the pitch.

Union Berlin were the good guys of the Berlin rivalry during Soviet post war rule in East Germany. The Secret Police   (Staasi ) backed Dynamo were the sort of Rangers of the country, as the establishment helped them to title after title, and cup after cup. Union, as the name suggests , had the support of trade unions and the working man, so it should actually be a good day out over there for anyone who has travelled.

Scotland and Germany also stand apart from other countries, as the respective capital cities lack a strong and dominant football side. Berlin itself is a wonderful city, with lots of things to see and do, as well as the traditional beer and women associated with away trips.

Victor Wanyama, however, won’t be there. He said his goodbyes to the players and told Celtic fans on twitter that he was “sad to leave paradise “. Then he leapt on a plane and joined the first club who asked about him. ( Yes, I know Cardiff were in for him as well, but he  realised that Joe Ledley and Adam Matthews had left there to join Celtic, so he probably figured that was a step back.

Instead, Southampton is waiting for him. They have genuine designs on continuing their regular habit -once every forty years or so-of winning trophies, and may even get to compete in Europe if no-one else wants to.

£12 million is winging its way to Celtics coffers, and theres no doubting  its good business for the club. Just a little depressing that , with greatest respect, the player has gone to a club that will pay him more, but could easily destroy his career and development. Which up until now, was coming along fine.

Efe Ambrose has been told by the management, so he says , that he will be given the nod to replace Wanyama in the holding role, but whilst its probably true that he can’t be any less of a liability further forward, thats hardly a reason to play him there. Not while funds are available to replace the Kenyan.

Supporters are divided about Victor. Some see him as a great player, and correspondingly, a great loss. Others simply acknowledge its the way things are now, and at least we have made a killing on the deal. The reality may be somewhere in between.

Not all of the players that join Celtic will be captivated by the club. some will see it as a career step, with the ultimate aim being just to make as much money as possible. Wanyama, and others before him,  fall into that category.

Some players are ambitious, and genuinely want to play regularly at a higher level. Kenny Dalglish was an example of this. Now, when he left, and to an extent Charlie Nicholas, there was much wailing and gnashing of teeth. The departure of Dalglish signalled the end of a highly successful era. The best in the clubs history, in fact.

Wanyama going is just part of an ongoing business plan. Nothing more, nothing less.

While some, such as Joe Ledley, will catch the bug, and should be looked after as much as possible. The team needs stability. Ledley, Brown, Mulgrew, Samaras and possibly Commons can provide that. Lets look after the ones who want to stay. This is where any extra money should go.

Lennon has stated he wants a couple of players in, three if Wanyama goes, so the cheque book-or is it a debit card these days-will be used again.

The MSM often come in for criticism in the Diary, so when a thought provoking, well researched article does get published , its only fair to mention it. This one, on the STV website, comes from Grant Russell, and names a few possible replacements for Wanyama. Its quite a good read.

In tellyland, the Alan Sugar show for budding businessmen-or women- reached its final. It features Dr. Leah Totten, who has been romantically involved with Celtics keeper Fraser Forster. The last stage of the show involves coming up with a business plan which will entice the cranky, crease faced millionaire to invest £250,000 in your idea.

The standard of entry can be assessed when one of the semi finalists offered a share in a company that wasn’t his. No, it wasn’t Charles Green or Craig Whyte.

Anyhoo, Dr. Leah, from the good city of Derry, has a plan to offer quick fix facial reconstruction, using botox and other similar cosmetic solutions.

Desi Mond, an Etims colleague wonders where she got her inspiration for the idea from. 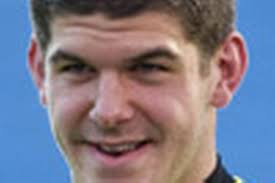 On the other side of the city, Craig Mather is now CEO at Sevco, its his turn to keep the seat warm for a while. The share price continues to plummet, and completely unrelated, there is this article on money laundering and football from the resected magazine, the Economist;

I just want to stress I can see no connection here between anyone at Sevco , Rangers or whatever they call themselves now. No, none at all.

Checking the date at the top of the page, I notice that its a big day for Loyalists and Unionists throughout the land. They have their celebrations throughout the land, and will also make a big speech today. They are planning to officially disassociate themselves with devolution,  choosing to wait instead until they have mastered evolution.

Wee bit of breaking news-rumours are abound that the  6-2 thrashing Celtic got last week may yet lead to the first managerial casualty of the season. Gruethers owners  are deeply dismayed concerned that the Glasgow side managed to score  a second.

Martin O’Neill was the man invoking madness in yesterdays little teaser, and sticking with that theme, who said, after scoring on his debut;

” I thank God for bringing me here today. ”

the owner of Fergus the Parrot, Jorge Cadete

Craig Whyte… Now represented by the worst and most hated lawyer in Glasgow…. Couldn’t make it up… Could you?

Was it the rumoured communist John Colquhoun?

That Dr Leah looks very short compared to her 6ft 7in boyfriend…so maybe she can teach him how to come for high balls.

Guys,
Check http://www.ucfb.com a new Football Business Uinversity. They run at Burnley and are launching at Wembley. There’s a launch next week (16th). Neil Doncaster is on the board and lectures there! I’ve been invited as I lecture at a London College.

I cant get my heed around some fans moaning about Vics choice of club, loved the big fella and wish him well, but I could nt care less who actually gives us 12million – the results the same, he’s no a celtic player anymore

This is a vital part of the “model” we re quick to congratulate ourselves on.

lets get real its business

Re: Brown, Samaras, and Mulgrew as the types of player we should be building the team around- heaven help us! There’s a significant difference between this trio and the likes of Wanyama, much as it pains me to say it; that being that there’s no market for them. What scout watching Brown and Mulgrew’s inability to accurately complete a ten yard pass on a consistent basis (excluding Mulgrew’s strength at set-pieces), or Samaras’ half-hearted efforts and hand ball antics, could recommend them to their manager with a straight face? Ambrose in midfield? This could be a long season. Hopefully the… Read more »

Was it Pat Nevin when he sat in with the zombies at Hampdem and had his comedy ears assaulted by those naughty tims singing BOTOB?

Was that not VW?? HH