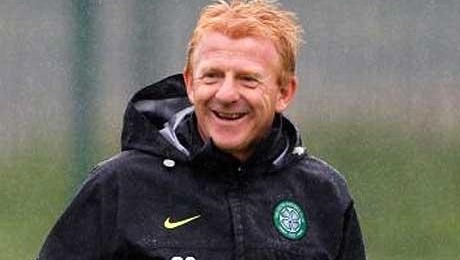 With the news that ex-Celtic manager Gordon Strachan this week has formally been announced as the new Scotland high-heid-yin we would like to offer our congratulations to the wee man who is held in the highest regard by all of us at ETims. Gordon has by some distance been Celtic’s biggest supporter of those ex-Celts working in the media over the past number of years. While many are happy to take money and put the boot into the club at every opportunity, Gordon comes from a very different angle by offering continual praise and affection for Celtic either on ESPN or ITV when offering Champions League appraisal.

Not bad for someone who didn’t kiss the club badge or profess undying love for Celtic from childhood…..

His new role will clearly see less of a cheerleading position to avoid upsetting many – probably in the Scottish media – but we all know where his heart lies and wish him the very best of luck.

Over to Gordon to explain how he feels about Celtic…..

GORDON STRACHAN said thanks and farewell to the Celtic supporters during an emotional speech at the Tommy Burns Tribute Match on Sunday.

The former Hoops boss, who stood down last week, made a swift return to Glasgow to honour the life of his great friend and was given a standing ovation as he took to the pitch before kick-off.

Having won six trophies in four years and guided the club to historic European achievements, he has written his name into Celtic folklore and leaves with the best wishes of everyone at the club.

“Successful, really,” said Gordon, as he was asked to sum up his Celtic tenure in front of the 30,000 crowd.

“I’d like to thank the supporters who I met personally, the real ones who I touched. They helped through the tough times and made it far easier for my family. I’ll always remember that.

“I didn’t kid you on that I could ever feel like a Celtic supporter when I was the manager because I couldn’t. I really couldn’t tell you what it feels like to watch Rangers win nine-in-a-row.

“I couldn’t tell you what it feels like to go to some awful grounds, where you are penned into a corner and the price of everything goes up when you go there. I don’t know what that feels like.

“But from today, I will start to feel it because I’m going to have to start paying my way from now on. From today, I’ve become a Celtic supporter.

“If I could sum it all up like this – since I started out in football at 15, every decision I made, and some have been bad, I wouldn’t change it for the world. Because if I changed one of those decisions, I would not have been the Celtic manager and that would be hard. Thank you.”

Fittingly, the ex-Celtic boss also reserved a special word for his close friend Tommy Burns. The tribute match ended in an 11-4 win for the current Celtic team against a select side consisting of a host of Hoops legends.

He said: “I came here to be the Celtic manager but I was lucky enough to become the best of friends with the nicest man I’ve ever met in my life.

“We had some great times at this club over the last four years. We had smashing European nights, we won championships and did great things together. Tommy helped me more than anybody.

Good to hear WGS talk with such honesty and affection for the club, I was never his greatest fan but respect his achievements and if Tommy liked him then he was obviously a good guy. Will watch with interest how he gets on with Scotland and wish him the best

WGS is a decent human being.

I wish him every success. As you say, he has continuously sang the praises of Celtic since he left, the respect I already had for him has grown since his departure.

I watched him many times tear us apart whilst part of a great Aberdeen team so I wasn’t a big fan, that was until the day he lifted the wee bhoy out of the stands to meet Naka after we won the League.
From that moment he became a legend in my book.
Good luck Gordon

WGS is and will always be a Celtic legend . I hope he has the same success with Scotland and takes them to the last 16 of a major tournament .

He’s a top bloke is Gordon, a lot fans never liked him and those shouting on him to “get tae f@ck” after we were beaten by Motherwell at home that day with 7 games to go were left to eat their words. Gordon Strachan achieved comparatively great things at Celtic Park and deserves to be up there listed with many of our greats. He probably knows himself it could have been better, 2 victories instead of two 0-0’s in those last two games of his last season would have seen 4 in a row and 4 from 4 and made… Read more »

Hector Thank you for this reminder of the honesty, forthrightness and commitment of this wee man. I mentioned elsewhere about his affection for Tommy and I am sure that same Tommy will be right at his side with all the tips on Scotland. For once he will be listened to and appreciated, that’s for sure. He certainly had to earn his stripes in difficult times and against a lot of critics even in his own camp. No one should ever doubt now where his allegiance lies. He has unequivocally defended Celtic in the public arena and praised them without a… Read more »

Well pointed owt that although MON was a good manager, look at the money he spent and although the team he inherited Larsson, jaki, lubo ect, then look what the wee man achieved with half that money and half that team, i will always have a good word for the weeman, even tho he did hav his mental stubborn moments, hail hail, GOD BLESS IE CELTIC+

While I must congratulate Gordon on his new appointment, I Must say, I thought he wid ,ave got a better joab than that!

I’m sorry guys but there can’t be a meaningful comparison between MON and WGS based on league wins or CL wins. MON came in and gave our club Electro Convulsive Therapy when we had lost our mojo and were in danger of another dose of the 90’s. MON gave us back our pride against the huns and turned Parkhead into a fortress in Europe. He spent money yes. But he spent it well mostly, made his own decisions about spending (I will argue) rather than WGS getting players foisted on him from above. MON set win-streak records that still stand… Read more »

If anything, strachan was better than MON, albeit not performance wise but winning 3 titles in a row, even against the paul le guen ‘experiment’, was a fantastic achievement and doing that as well as celtics notable wins and feats in europe on a budget a fraction of MONs shows better man management and ability to live within his financial means while producing winning football shows better managerial acumen than MON

It always nnoyed me that some so called fans never gave WGS the respect he was due because he wasn’t perceived to be “Celtic minded”. From the day he arrived til the day he left the wee man never gave anything less than 100% for the club and brought loads of success. as this article points out he still to this day talks affectionately about the club whist badge kissers like charlie nick & other who played for us like burley etc.. are only too quick to put the boot in. I’m proud to say I am one of those… Read more »

When GS left Celtic, he went on a months tour all over Ireland. He loved it. Lot of time for him.

MON spent heavily and failed to sell players on before they got too old / their contracts ran down, which meant Celtic were forever paying out on transfers – we couldn’t sustain that type of spending or else we’d have ended up like Sevco. MON brought the thunder back to CP, but the last 2 seasons under MON saw a tired team because he insisted on playing his favourites even though everyone could see that they were tired and underperforming. Strachan for me was the better of the 2 managers as he had to rely on a much lesser standard… Read more »

I have been saying for years that MON would not have been as successful with us if he had not inherited Larsson and the wee magician who was Moravcik.We have never replaced Lubo and I dont think we ever will.Gordon Strachan wasnt as successful as MON,but he was by far a much superior manager.

Every time I’ve seen WGS on the tele talking about Celtic you can see the love he’s got for the club, but has he got a season ticket.lol

Any chance of a piece on, naw, no jam, not even the ‘Barca Blueprint’ but ‘The Celtic Way’. It seems to me this concept has been lost, and there’s a full generation of kids that may not know of it. Maybe it’s still a Barrowfield,

I loved reading this article and the following comments, very little sentiment but full of respect for the “wee man”
I know you will be a success with Scotland. God bless HH

I must say WGS has went way up in my estimations.I was there at that charity night and you could hear in his voice what Celtic now means to him. Gordon was not a badge kisser and fought hard to earn our respect.He built a team on a fraction of the budget MON did albeit some of the players were not in the same class as Henrik,etc.He managed to keep us ahead of the dark side consistently although I must admit some of my most exciting nights in Europe were under MON.I think it must be remembered Gordon played for… Read more »

History will judge WGS as a man who came to Celtic and got the job done. Now he is one of us fair play yo him.

RT @HardgateCSC 1st home game in our 60th year v Ross Co. Bus leaves at 1.15 from the usual place. 60th anniversary plans are progressing well and we will post details of events over the new few weeks. We are planning a few events to celebrate until April 2021.

RT @LloydAMelville But Eton Tories being educated in Greek and Latin is fine? twitter.com/thescotsman/st…

RT @james_stewart13 And of course, this is all about #mentalhealthawareness and raising funds for @SAMHtweets and if you can spare a penny or two we’d be every so grateful. justgiving.com/fundraising/py…

RT @_lippylipez_ Thug @AlanPower8 made absolutely no contact on the ball. A red card all day long. Cowardly thug. twitter.com/bnyf/status/12…