After months of baiting by the bears, Neil Lennon has spoken out and asked hacks to not bother him about a certain third division side.  Citing our own issues, he said he doesn’t want to talk about them. About time too.

Peter Lawwell sort of joined in in the Herald today, saying that Celtic would charm, not threaten their way into another league, but he added that the club was happy enough with what they have at the moment. A thinly veiled reference to the spouting off done by Ibrox chief Charles Green.

Lennons statement, encapsulated in the top picture, could be summarised as “Geez peace, I don’t give a shite what they do.” Decembers manager of the month, the eighth time he’s won that particular title,-two more will see him set a record- will also be at a prestigious League Managers Association dinner this week. He will sit alongside big names such as Fabio Cappello and Alex Ferguson, which will be a bit of a learning curve for these two, though Lennon admits he will feel a bit like the new boy. Which is no reason to insert any jokes about getting him one.

Lawwells reaction, albeit more of a “this is what we think2 as opposed to “I don’t care what they think” comes after Greens latest attempt to drag Celtic into a war of words, as he desperately tries to keep his nonentity of a club in the papers. Green claimed that Celtic will suffer a drop in season book sales if Rangers don’t get into the top league, but frankly, most Tims I speak to couldn’t give a stuff if we never came up against this new incarnation.

Lawwells measured , calm approach can be contrasted with Greens hysterical rants about a Belgian womens league allowing Dutch teams in, so therefore the English have to let Rangers in. As Lawwell says, he might have a point, but if they don’t want them, they won’t have them.

Green wants to go to court over the issue, but with a seven year waiting list in Strasbourg, its easy to see why most sensible people take his rants with a pinch of salt.

As former Ibrox player Alex Rae said on SSN, they have “nowhere to go”

But that didn’t stop the Bold Charles holding a press conference in Glasgows Quarry Bar, where he promised the regulars a European league within five years, more seats at Ibrox (which, incidentally, due to the structure of the ground, cannot happen) and a new kit deal this week.

We hear the kit deal is with Macron (who?) and their logo is a guy doing the Broony.

Is it any wonder that they are difficult to ignore when they offer such a rich and plentiful supply of moments like this?

Heres another-Charles Green at the Quarry bar, pumping out the tunes for the regulars. 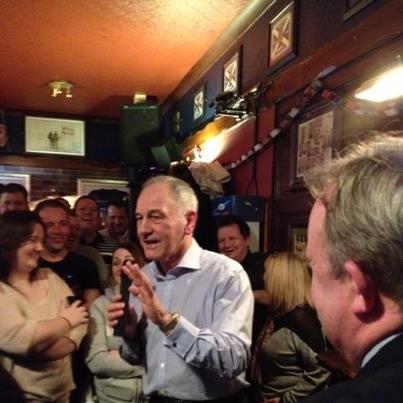 You have to admire his courage, but if  Private eye are right, and does stand to make up to seventy times his original investment, then its not difficult to see why he does it. Still , for that sort of money I would dress as a leprechaun and sing Go On Home British soldiers in front of them.

Mind you, there was a meeting yesterday with Brenda and her debt recovery boys… 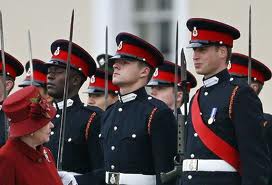 “Right, lads. The next time you’re invited up tae Ibrox, could ye pick up the money ah’m due?”

This on the heels of the Loving cup ceremony, available on you Tube, where the powers that be in Kinning Park toast the Queen, as it is infinitely less expensive than paying her the taxes they owe.

We also hear that Celtic have budgeted for £15m worth of sales in the summer, and Lennon will get a third of that to spend. Don’t shoot the messenger, he feels like doing it himself anyway.

Kevin Kelly was wandering around a toxic dump back in 1993, as he imagined “where the first goal would be scored ” in his dream stadium which was to be built at Cambuslang. If it had, we’d all have scabies and radiation poisoning by now. Only one person got that right, so hats off to Liatroimbhoy for that .

Today, still back in those dark, dark days, the front line paring of Charlie Nicholas and Frank MacAvennie had a combined age of what in 1993? Which shows just why they are still topical favourites on Only an Excuse.

Fianlly, Dundee Utd have given permission to Blackpool to speak to manager Peter Houston. No idea what about. Perhaps they think he’ll know someone who could be a manager for them.