Celtic stormed to a 4-0 win over St Mirren in Paisley, prompting fears that the current manager and his partners in catastrophe will be given the remit to go for one in a row next season.

The clearout began with the announcement, made after the review, that Peter Lawwell won’t be around to interfere with team affairs next season, the green light for managers of a certain level to at least consider coming to Glasgow.

Lennon, Strachan and probably Kennedy will be out on their arses as soon as a replacement can be found, bound and gagged long enough to install him in Celtic Park.

For now, however, they’re just holding the fort.

And suddenly, they are getting results, which combined with the beginnings of the effects of a long season taking their toll on a relatively smaller squad at Ibrox, make their efforts ..or lack of effort…earlier this season all the more unforgivable.

Put simply, the league leaders and champions elect, are struggling, the 1-1 draw recently at Hamilton a clear sign of their exhaustion.

Factor in their clumsy football, which should have seen them finish a couple of games without a full team, and it’s obvious they are starting to show signs of fatigue and over confidence.

They think they’ve already won the league, and psychologically have switched off.

Now, it still may be too late to win ten in a row, but we do have an advantage in the run in. apart from momentum, which seems to be building up, we have a manager who knows deep down he won;t be here next season, who rightly feels he’s been badly treated in this country.

A manager who might just operate a scorched earth policy where the SFA/SPFL and especially the refereeing community are concerned.

In short, he may just decide to come out swinging, as he has absolutely nothing left to lose..it’s already gone.

My suspicions were aroused when he commented on the laughable charges levelled at Alben Ajeti for diving, which seemed merely to be a distraction from the fact the “rangers ” have had players retrospectively punished for offences that should have seen them reduced to ten men.

A genuine case of being “flummoxed “, or a carefully worded warning that we’re onto them ?

And when “rangers ” lose a man, as they did when referee Andrew Dallas failed a late fitness test, they lose matches. Does anyone really think that St Mirren would have had what is still the only penalty awarded against them in the only game they have lost this season ?

Incidentally, the man who took Dallas’s place that night has more or less drifted into obscurity….although he was the fourth official at Love Street last night.

My guess is he won’t be near a “rangers ” game anytime soon.

The point here is that this needs to be called out, by Celtic, by other clubs, who may well follow the lead and add their own tuppence worth.

But if not, at least it will get the adrenaline pumping, and make outsiders take notice of any of odd decisions the next time Celtic play “rangers “, or perhaps prevent those odd decisions even being made.

Lennon can go a long way to restoring his reputation if he takes the gloves off and tells it like it is….

As it stands, Celtic are eighteen points adrift, with a game in hand. Two wins against them would reduce that to just nine.

And they look more and more like they are going to drop points now, something I wouldn;t have expected even a few weeks ago.

If we are going to fail this year, then at least let’s go down fighting.

Elsewhere, we have heard a story about new investment over at Ibrox, from a few business mined chaps who have been watching the situation for a while. Champions League money would make all the difference, of course, and a bunch of chaps  known as the “Jock Wallace Group “, due to their connections with Leicester are looking north with an eye on making a few quid.

Thats what we heard, and it got me thinking.

What if a well known snack company from that area was involved, and the new investment tied in with a new fruit flavoured savoury ?

Could we see a new shirt sponsor over there for “Orange Walkers “?

Of course, it could all be nonsense, but stranger things have happened. When the court cases are done, Ibrox is still a cash cow, and with the most gullible customer base in the world, they will be passed around among the less ethical in society like a man with a tattoo of his wife on his back in prison.

Back at the ranch, or rather away from the ranch, you have to feel a little cheer for Hatem Elhamed, who left Celtic for good this week. Here he is arriving back in Israel.

Dudu Duhan, the agent who tweeted this is already lining up more Dudu’s Duds and would like to hear from anyone who knows what sort of chocolates Dominic McKay likes so he can hopefully continue his unique off loading policy with Celtic.

One more thing, we hear that there’s a story about to break that will affect a Celtic player, even though it has nothing to do with him.

What are the odds it breaks before the next game with “rangers ” ?

Someone at the club should be looking at some form of control over this one….

And so to our caption competition, sadly neglected of late….

Last one was this…. 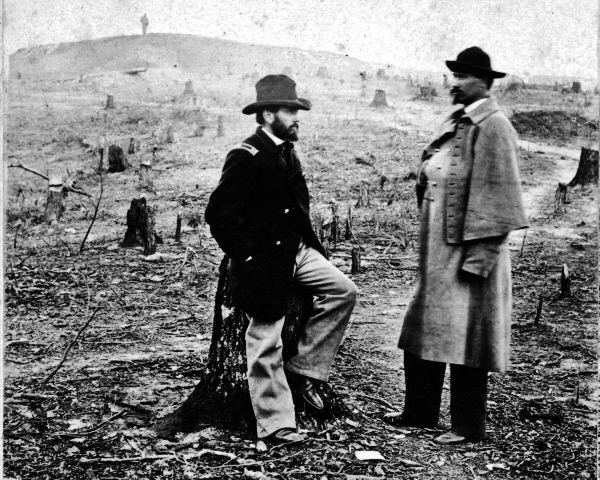 Caption:
“Well Lawwell did say not to spend too much on the new hybrid pitch’.

And the next one….

Caption : Camel, ‘FFS, does this prick give everyone the hump?’

Celtic get cheated every season by the officials,it’s nothing new so it’s no excuse for Lennon and the whole of football knows what goes on in Scotland but they just can’t say anything about it publicly so I’m not having that either, the sooner he goes the better,the same with a good portion of the players who’ve tried to get him the sack which he’s deserved for a while and if you think Lennon is capable of beating this extremely helped Hun team even out of steam then you’re deluded,I think I’d be even more gutted if they won the league by single figure points, I don’t even bother with the games now,the team n management have totally turned me off it,the only thing that’s keeping my interest is word of a new management team.

Anymore of that and the camel gets toed.

Disgusted camel gobs on Lineker and states what everybody knows,
Cheese & Onion bags are Green & White.

I definitely heard you ask me to you lead the Documentary

And I turn up and you give me the lead for the……….Dromedary

Caption- I’m gonnae get the right hump if you keep shoving those orange walkers up ma nose.

Love the whinging coming from the Orcs, Slippy and they are picking on us, the knuckle draggers bemoaning the halfwit was not on Sky last night

Caption: No wonder Ron Manager and Tommy couldn’t get that image out of their mind! Mantle with aplomb!

Caption – As I was saying to my darling girlie here dallas, if that was a pen, I’ll gladly appear on sportscene in my bawbags!

Caption “Exclusive – new Leicester investment to put Rangers* back where they belong, was it 1 or 2 humpings from the Tic per season?”

Celtics Quality Street Gang: Celtic’s lost legend George Connelly was born 6 months after me and not to far away either. We had a lot in common, none of which was football talent. Brother played beside him at Falkirk for a short period, but for two seasons beside him at Sauchie Juniors. An amazingly talented player. Lot’s of reasons for him running out the door at Parkhead, but chiefly because he lost his two great pals, Davy Hay and Davy Cattanach. I brush aside the negatives and remember only the talent of one of Celtic’s greatest ever players. Likened to Franz Beckenbauer and the natural successor to Cesar. I look back to big Jock and his wingman Sean Fallon and how they approached the 1970 European Cup, what they must have felt like when Concetto lo Bello blew the final whistle. Despair, despondency and disbelief. With George, we forget that any dressing room must be united, that there should be no outsiders, team spirit must come first and no player should ever feel excluded. Team spirit means team unity, unity of purpose. Who could ever forget the ‘Quality Street Gang’ and how they could have achieved so much more… 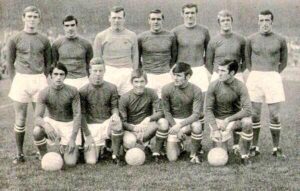 Great memories reading about how Bobby Brown the Scotland manager asked big Jock to supply him with an opposition team for a warm up match. Jock sent the young bhoy’s above and they beat the full Scottish team which included Colin Stein, Eddy Gray and Billy Bremner 5-2. Nine days later Scotland defeated Denmark.

On seeing the size of cheque on offer, Mr Lineker says he will gladly lick the camels t……arse.

Ralph, if NFL can do ONE thing to leave Celtic FC a true ‘legend’ and SUPPORTER, he can leave us with ONE of TWO things (even both): 1)TEN IN A ROW or 2)The Truth about Rangers death and Sevco being Rangers MYTH. That would be just ‘scorching’.
Lawwell’s Legacy is that he TOOK from Celtic FC for the benefit of himself and the Irish arsehole Dermot Fachna Desmond. (He actually, inadvertently, took from DFD as well, HH tae THAT). Had he the nous to sign properly, or better let a pro do it, we’d have won many tens of millions in Euro money. But a bean-counter’s a bean-counter, visionless, self-centred fukks. A billionnaire is an absolute cunt dressed up as a minor cunt. Lest We Forget. I wont.
“A manager who might just operate a scorched earth policy where the SFA/SPFL and especially the refereeing community are concerned.”
Ur me an Monti in wi’ a shout? As manager I’d let the big Mhan manage the fitba an the SFA/SPFL.
As assistant, I’d ‘live the dream’, as Billy, Silly Willy, Davy and some Bobbies and even a Kevin too, and Don, were taken on a freebie tae Victoria Falls……….Oops!!!!

Caption: Gary Lineker disnae smoke, right? So why else wid he want a Camel?
Apparently El Hadji Diouff explained the rudiments to him, but oor Gary wisnae huvvin’ spittin’ lessons frae a camel.
So, why ELSE wid Gary want a camel? Aw naww…………….ye dinnae want an ugly wan then!

“He looks more like a fanny than any of my toes do!”

Caption,F F S Linekar ,I told u it was the new Salted Caramel flavour not Camel

I suppose I have had to buy into the principle the new manager can’t come until any blame for no 10IAR can fall his way. The point about not managing with key players who won’t stay is a good one. Whoever comes in
won’t be the sorting big name that will influence these guys. Eddy and Asher will want a bigger league, more Monet and I suspect a better climate. Just because you are from Norway doesn’t mean you are happy to Lockdown in Glasgow.
My feelings for the club wouldn’t let me ignore my team until they start winning trophies again. To me you support the club not the Board, Manager or even players, no running away when it’s gets tough.

Slippy moaning about retrospective bans on Roofe and Morelos. ‘Why not have no referees if this keeps happening?’, he whines. BECAUSE YE WIDNAE WIN ANY GAMES, YA THICK C*NT. Hunbelievable!!!