The French under 21 side conducted the tets prior to the next round of international matches, and it appears the forward picked up the virus sometime between the last test at Celtic Park and arriving in France.

Then again, one’s mind wanders when noting the tired performances of the forward recently, and when combined with the unreliability of the testing systems provided in this country, maybe some sort of investigation needs to be held, and perhaps a review of the methods used by Celtic.

It’s not as if the whole team have been off peak of late, is it ?

Fatigue is the most common symptom of Covid, and quite clearly there is a need for the club to tighten up on procedure.

In the meantime, lets wish the player well and hope he doesn’t get the Bad Covid.

Various rumours about other players have surfaced, but the club went out of its way last night to point out the Edouard is the sole infected player, and there is no reason to doubt that.

French rules mean the player is required to self isolate for seven days, so the player hopefully will be ready for the Glasgow derby, which bizarrely , given the nature of the illness, seems to be at the front of everyone’s concerns. 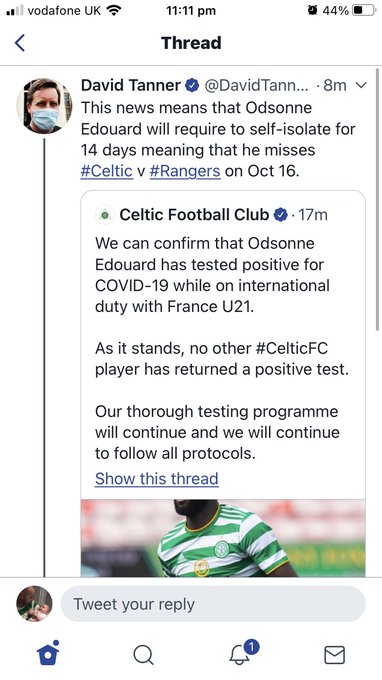 Apart from anything else, the fuckwitted Tanner has got the date of the game wrong, presumably because he wants it played on the Friday because he’s not allowed out at weekends without adult supervision.

Then he corrected himself, albeit wrongly, when he said it was ten days….and remembered that it might do his image some good if he wished the player well. 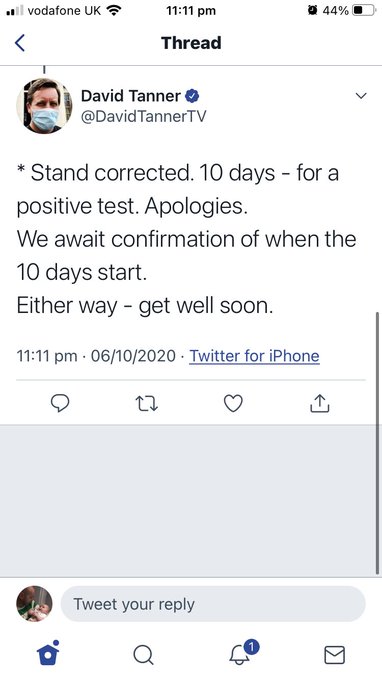 Our man in France sent us this….

The French government has slashed the mandatory Covid-19 day quarantine period by half. Here’s what you need to know about the new rules.

During his brief speech to the nation on Friday, French Prime Minister Jean Castex said the government had decided that the period of obligatory self-isolation for suspected or positive Covid-19 cases would be reduced from 14 days to seven.

“On the proposal of the Scientific Council, the duration of isolation will be reduced to seven days, that is to say the period during which there is a real risk of contagion,” Castex said, referring to the council set up to advise the government on its coronavirus strategy.

The prime minister had himself just completed one week of quarantine, forced upon him after he shared a car with Tour de France boss Christian Prudhomme who then tested positive for the virus.

The official advice is that you need to self-isolate if you;

Just another example of why you shouldn’t take any notice of our own media.

He became a sort of cheerleader for the hordes with his tweet, which in fairness is the level of intelligence he appeals to, and one or two of them claimed it was a conspiracy between Celtic and the French national side to get the game postponed on the 17th, as the hoops are running scared of whatever that entity out of Ibrox calls itself these days.

Just like they’d have clawed back that thirteen point lead…..

The rules on covid isolation in Britain are a little more confusing than in France, with all sorts of exceptions and exemptions.

What confused Tanner was this…

What are the government rules for self isolation?

Stay at home and do not leave the house for 14 days.

If I was him, quite simply, or if I was advsing him, I’d suggest he just stays home until he’s better.

Anything else is just nonsense.

Speaking of nonsense, the former Sky pundit Charlie Nicholas, the only pundit who can put his foot in his mouth whilst having his head firmly up his arse, says that Celtic have been doing things on the cheap, and “rangers ” have won the transfer window cup, to place alongside such treasures as the Social Media Cup and other assorted non playing titles.

I said Celtic would go cheap in their pursuit of a left-back. I knew they wouldn’t spend money on a defender that Neil Lennon has been ever so patient for.

“I don’t think Lennon has been given much of a helping hand, if I am being honest.

He should have left that last bit at “I don’t think “.

“He had to work double time to get anything out of so-called wealthy Celtic. I’d imagine he’ll be pretty annoyed this morning. I am sure he will put on a brave face but I don’t think he will have got anything close to what he was looking for.

“Albian Ajeti will get him goals but there are still question marks in other areas of the Celtic team.

Rangers must be looking at it thinking that they got the better of the deals.

Presumably the level of thinking at Ibrox is similar to that which goes on between the ear-ringed lobes of the intellectual toddler.

Lennon responded to the statement…again we have the original draft.

which appeared , after considerable editing, as

Listen, if we were to sign (Lionel) Messi and (Cristiano) Ronaldo, Charlie still would have found fault with it. He’s been negative about the club for years.

Either that or he’s just a knob.

Anyway, bit Tanner and Nicholas are through to the final for this weeks Knob of the Week.

It would take some doing to dislodge either of them from that position. 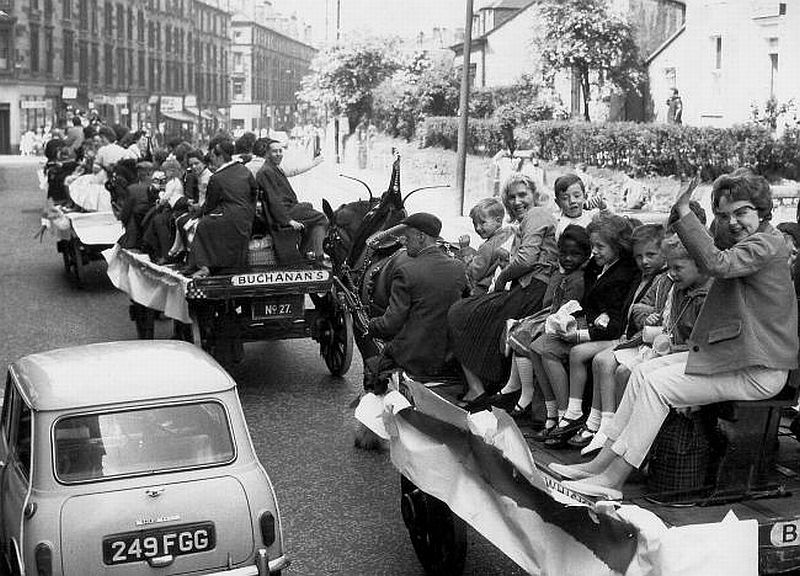 Captions – Well Tanner, afore we go live, what do you say after upsetting Ralph Malph who called you out and would you like to ram that knob up a bit of McCann?

Tanner to mccann, if you look at the list neil you have 500k worth of ebts to your name, mccann to tanner ohhhh fergie & minty have more than me the fukin cheating bast*rds

Said Charlie in his Daily Express column.
Explains a lot there.

The very fact that Tanner didn’t wish Eddy a speedy recovery in his initial tweet speaks volumes and is KOTW. On that topic, caption:

Every time we sit this close David it gets this big, I cannae help it.

Why are we noo covering the Sevco game Davie?

The hordes are demanding that Celtic self isolate, stupid stupid huns

As for Charlie boy he will say anything for the Queens shilling, kd not wait to move to Engerlund and Arsenal. As for Tanner his opinion is not worth a farthing!

Just to say that a positive test is not necessarily a case. https://www.cebm.net/covid-19/infectious-positive-pcr-test-result-covid-19/
Also this video from Irishman, if that matters to you, Ivor Cummins is the best I’ve seen that follows the science of covid. Following the science is something that our governments have not been doing.
https://youtu.be/8UvFhIFzaac
Hope this helps to inform people as there’s a lot of patent nonsense flying around disguised as science.

Caption,McCann shows tanner how to be a little tea pot

Oh fuck off neil I don’t want to share kotw with Nicholas , i can’t wait till Ralph announces the winner

Hey David just hearing through my ear peice… Ahct your useless tanner Charlie humpt ye in KOTW ….. Don’t worry Neilly boy am getting closer! Ye forget Charlie has been KOT decade for the last 6 year! FFS your maths is as good as ma accountant !

Caption: hawd own I thought I was getting knob of the week

Caption:
Tanner and a spanner

Caption – Excitement in the Sky studio………..Hold on David that’s a blatant penalty for the Gers, stonewaller, never in doubt, the referee has a clear view of it! but Neil the Gers aren’t playing, it’s Celtic! Oh, never ever a penalty and the referee has got it right, Mr Beaton should send the cheating, diving bastard off for diving!

Agreed m8.
To send players all over the world during a pandemic is plain daft.

1
The Cha
Reply to  Jimmybee

If Internationals are stopped then so will the Europa League.

2
Jimmybee
Reply to  The Cha

0
The Cha
Reply to  Jimmybee

Only if beating the Huns is the only thing we’re interested in.

Personally I’d like to aim higher, a helluva lot higher.

Caption
David don’t turn away. I’m sorry.
I promise I will get you tickets for the next lockdown trophy.

Caption “You’re right David, its 14 days isolation, it says so in my rulebook in my hand”

The SFA will be ecstatic that another one of our players will miss the Glasgow derby, always there to give a helping hand to the establishment club!!

The clubs paying players’ wages is a spurious argument, as its all a private organisation/competition and, if you want to take part, you follow FIFA/UEFA rules, where international competition is paramount.

As Scotland are playing at home and Armstrong plays in England, I’m not sure that can be blamed on “bloody foreigners”.

I just hope that Griff cancels any weans’ birthday party in the next couple of weeks. 😉

The pundits demonstrate arm positions exempt from the new handball rule, no. 2, the “rod hull and Emu” and no. 37, the “Freeman’s catalogue man”

Uefa are a shower of cnuts and you don’t need me to tell you that. They were never going to risk losing more money that they already have. As for the football itself, it’s brutal. Anyone honestly say they enjoyed the champions league etc? It’s awful.

Play Ryan Christie in the derby and just pay the Police fine after the game..

Caption:- Then when naebody wiz lookin’ I grabbed ma EBT wi’ this hawn and stuck it in ma poket wi’ this hawn.