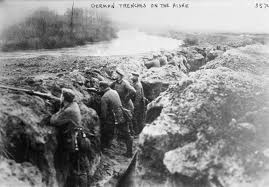 Even the music on last nights BBC sportscene is ploding and dull. but it does set the tone for the programme. Rob MacLean announcing a high scoring weekend with the same enthusiasm you tell the kids the dog is being put down.

Still, at least he was in a warm studio. Mark Hateley and Ray Stubbs got to cover the Rangers game at Montrose 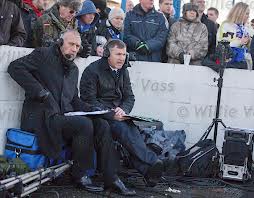 Still , despite all the St. mirren players rushing to their own penalty box and pretty much staying there for an hour and a half, remaining unsure whether its the ball or the player they had to kick, and forgetting that only the keeper is allowed to handle it, celtic stuck to their task and recorded a 2-0 win. Victor Wanyama forcing home the first, and Gary Hooper flicking into the net before anyone else could kick him.

Pre match, the talk had been of Danny Lennons side failing to even score against Celtic since he had been in charge, and though its not my place to advise experienced managers how to do their job, occasionally venturing over the half way line with the ball could have altered that.

But, with other results again turning into coupon busters, it now means there are four points of a cushion at the top, and a game in hand as well.

Neil Lennon, after the game, said;

“We played well and should have been out of sight before we got the second goal. I was pleased with the way we worked their goalkeeper and our concentration levels. There was good attitude, tempo and aggression and we managed to maintain that for the majority of the game. .” Presumably he was referring to the bits when the players weren’t on the ground after being mugged.

On the penalty issues, he added;

To be honest, the Kayal one couldn’t have been more blatant if the defender had kneeled down, raised his rifle and shot him.

“To be honest, the Kayal one couln’t have been more.” Oh, wait , no that was me.

“There were some suggestions this week after the Arbroath game that we get all the big decisions, but that is obviously not the case so we can put that theory to bed straight away.” said Lennon, and added that he had to go, as there was someone at the door. Which no doubt would have been Vincent Lunny and his Charge Sheets, which I think are a popular beat combo from the sixties.

There is no  football this for Celtic this midweek, giving the players wounds from Saturday time to heal, and eyes will be on the Champions League arrangement for the last sixteen on Thursday.

Shame really, Malaga would have been nice, but they will get Arsenal. Have to wait until the quarter finals to play wengers failures, and after that it will be the toughest tie of the lot when we face Dortmund.

Happily though, it will be Barcelona again in the final, and they won’t fancy that one little bit.

So, excuse me if i don’t watch the draw, its already been all worked out, so we can all carry on getting ready for christmas.

After that little fable, its probably a good idea to mention the short story feature on the home page, which asks budding writers to put together that story they have had kicking around and send it to us. Christmas is a time for stories, and we will publish the best ones, and if we can, help to tidy up the others.

My own effort is an extraordinarily short fairy tale type tale called “Charlie and the New Club”. Which will be over almost as soon as it starts.

Speaking of Chuckles and his club, tomorrow is the closing date for their share issue, and tweeterland hears that they have raised a piss poor £1.6 million so far. Will it hit the target of £1.690m?

Who cares? It’ll soon be time for their annual administration event anyway.

The Daily Express has Celtic beating a host of other clubs to the signature of  Arkadiusz Milik, who is Polish, 18, a striker and coming to us for £3m.

Its in the Daily Express. Which sums it up. Oh, and the player has been having a medical at Leverkusen.

One player who should sign up in the window is Juan algedo, who has impressed Neil Lennon, but the scry one is that Darren Bent has been mentioned on loan. Again, doubtful.

Lennon has veered away from loannees and there is little to show he wants to go down that path again. Loannees with a view to signing are different, they can make a lot of sense. But someone who can’t get a game for Aston Villa?

Fridays diary asked about Joe Craigs wonder goal at Ibrox, and the answer was Joe Craig.

Jim Craig was of course, an entirely different player from a different era. Whats the story about him and a programme called quizball?

Jim was the captain of the Celtic quizball team.They won the quiz in the same year as we won the European cup and evey other tournament we entered.

Quizball was a BBC quiz where football teams in Britain were invited to participate – three players + celebrity fan.

Jim Craig (Celtic full back and trainee dentist ie clever), Billy McNeil(Celtic captain and clever), John Cairney (Scottish actor, played Robert Burns a lot and was clever) + any other player who was available made up the Celtic team who won Quizball. It was season 1966 – 67 and they won other stuff then too.

Willie Wallace was asked what, in sporting terms, is a “garry owen”. Answer = The racing correspondent in the Daily Record.

ah quizball 1969 celtic . big billy ,jim and wullie wallace +somebody else
rangers , john greig and some others
jim craig answered most of the questions celtic were the winners
memory not so great i was only 14

jim was intelligent ,as well as a great fullback

Colin Weir has pretty much got it all covered with his quality answer!! However Jim Craig is surely best remembered for giving away that stonewall penalty in the final of the big cup v internazionale!!!!

Ralph I get the feeling that if I posted the quiz answer a week before you asked, my answer would still be about tenth. I honestly did know the answer. I remember the programme well and having more butterflies during it than at games. Am I not right in saying it was the first one ever too? I knew we would win the football but was not aware then of the intelligence levels as well so gave them no chance. After all footballers then had instruction manuals for how to tie their laces. I went to the same school as… Read more »

Just acme back to me. The final was against Holyrood. I think there were quite a few in those days as they always had good teams.

“acme” – I really am getting inventive. I simply “came” actually – no comments, please.

I believe John Cushley was a big part of the quiz team as well.
Did,nt John Carney get his start playing a school teacher in a TV series? I think in that show there was another big tim who played the part of a store owner, but I just cant remember his name…..

Am I correct that Celtic also won BBC Sports Personality, “Team of the Year” in 1967 too – completing a unique white-wash.

Indeed they did, Mickey, but there was a big controversy about them being disqualified after the troubles in the world championship in River Plate. As now, in spite of the up till then unheard of violence of Racing and other South American clubs, the media were trampling each other to blacken Celtic. We supporters were flabbergasted that they should take such a stance after what had gone on at Hampden, then Racing and then River Plate. It was the first time that spitting and real “booting” had been highlighted and yet Celtic were the baddies in the end. I guess… Read more »

Hi Dennis, the programme in question was ‘This Man Craig’. His son was played by Brian Pettifer, latterly one of Rab C Nesbitt’s drinking pals. Can’t recall the Tim store owner, try Wikipedia.
PensionerBhoy, yes Holyrood had players like Jim McCalliog and Dennis Connachan. I knew it couldn’t be St Aloysius, they only played rugby. The head of PE at Holyrood, ‘Spud’ Murphy, was also the announcer at Parkhead

I have vague memories of a ‘Spud’ Murphy taking the team at Our Lady’s too. I wonder if it was the same one. Mind you ‘Spud’ was a common nickname then for anyone named Murphy so perhaps a coincidence. This old age and memory loss can be a real pain.
Of course, I should have remembered that you would have needed a winch to pull St. Aloysius boys’ noses down to the middle of their faces. The Catholic equivalent to Glasgow High, I think. Maybe just green cheese.

About 31 minutes ago from Electronic Tims's Twitter via ETimsNet

RT @BBCScotland "Staun yer ground - remember you decide whether they dance or no." A brand NEW series of #LimmysHomemadeShow is coming from Friday April 10! @DaftLimmy pic.twitter.com/ReoByqlrCh