Just because it’s summer time, the media are going with any transfer rumours they can get their hands on, and even bringing up a few old ones.

Which means Patrick Roberts should get a mention sooner or later, but I’d be keeping your eye on the proposed friendly with Lyon…

And someone is virtually begging to play for Celtic…

“The fact I have had to sit on the bench for 18 months in the Premier League is not going to define or crush me.

“I remember who I am. I remember playing for my local Sunday league team and trying to get into the Shrewsbury Town first team. I learned early – you need to keep things in perspective.

You can have great things said about you in football, but you have to be strong on self-criticism, analyse what you are doing and be comfortable with it.

“Maybe from the outside, people are thinking it is a time for panic, but from the inside it is a time to look forward and see all the opportunities.

“I am under no illusions that Real Madrid are going to knock my door down, get (Thibaut) Courtois out and bring me in. But there is plenty more to come from me.

“I just need someone to believe in me and I will repay that faith.”

Joe Hart was speaking to the BBC about mental health awareness, and if there is a manager out there who knows all about that, it’s Neil Lennon. Combined with the goalkeeping coach Stevie woods, these two could make the difference for Hart, and as he says, he’s only 33, so there is even a potential resale value as he would be worth, on form,  ten points a season to a lower level EPL side.

Michael Grant of the Times , though, was dismissive… 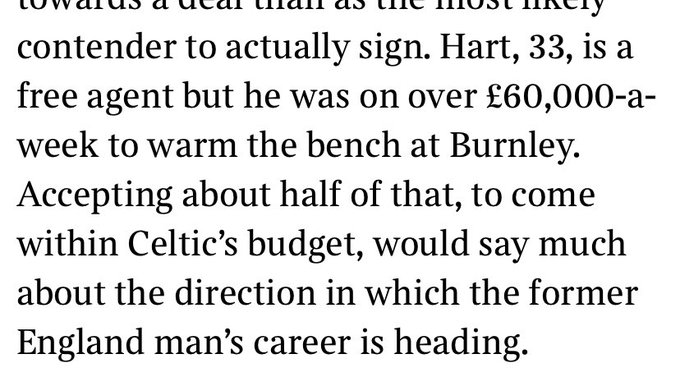 Grant writes for the times, but should really be asking Celtic and Rangers for a bob or two for promoting the Old Firm myth, as these headlines from this month show…

Sky will have say in first Old Firm derby date

Obsessed, if you ask me….

Anyway,  time will tell, as Fraser Forster appears to be digging his heels in to stay in Glasgow, though Southampton are digging their’s in as well.

Hopefully, we’ll get both Hart and Forster, though just one would be acceptable.

In defence we may have an issue, with Simunovic already gone and Kris Ajer brushing up on his Italian that leaves only Chris Jullien is our centre back parntership. There’s talk of Filip Benkovic, but he didn;t want to be here last time and it’s unlikely he’ll give it another go.

No doubt Jason Denaayers name will crop up again, among with Scott MacKenna, who in fairness, is still the most likely acquisition.

Encouragingly, though, it’s all gone quiet at the ranch, so there could be something in the wind.

Middle to front there are still plenty of options, although Mo Elyanoussi may be deemed surplus to requirements with Mikey Johnston still around. You’d forgotten all about him, hadn’t you ?

As for Bayo and Shved, their time seems to be up, before it even started, as there continue to be doubts about the levels of fitness they are capable of achieving.

One name I haven’t mentioned so far is that of the forgotten left back Boli Bolingoli. his rugby Park sulk hasn;t been forgotten, though, and his time too, is up.

As for the youngsters, this could be the breakthrough season for the likes of Stephen Welsh and Karamoke Dembele, and there are others who were bought as projects that will be given a chance to shine during what may yet be a strange season, although things are getting better up there, it will only take a momentary lapse in concentration for the virus to resurge, but if you keep doing what you have been doing, there is a chance that you’ll get to go to a game before christmas.

Scottish football is all about going to the game, and  per head of population , it’s the best supported in Europe…. 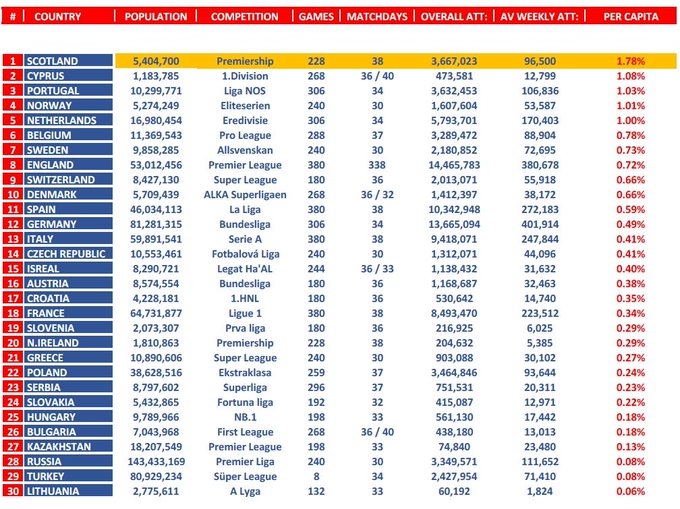 Put into context by these tables… 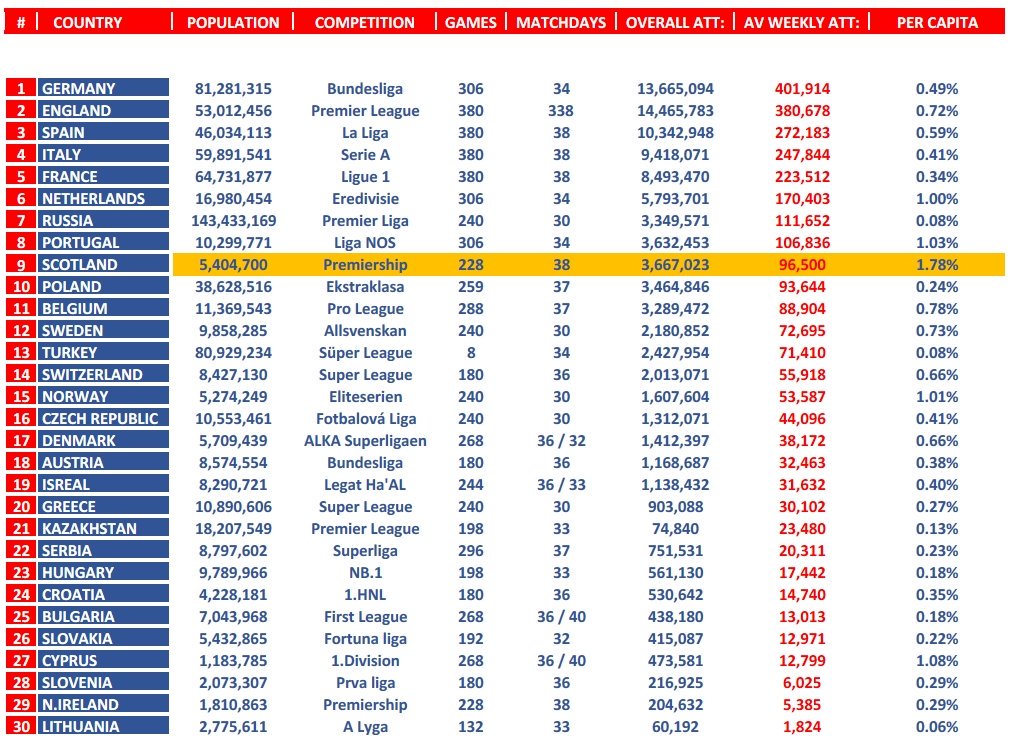 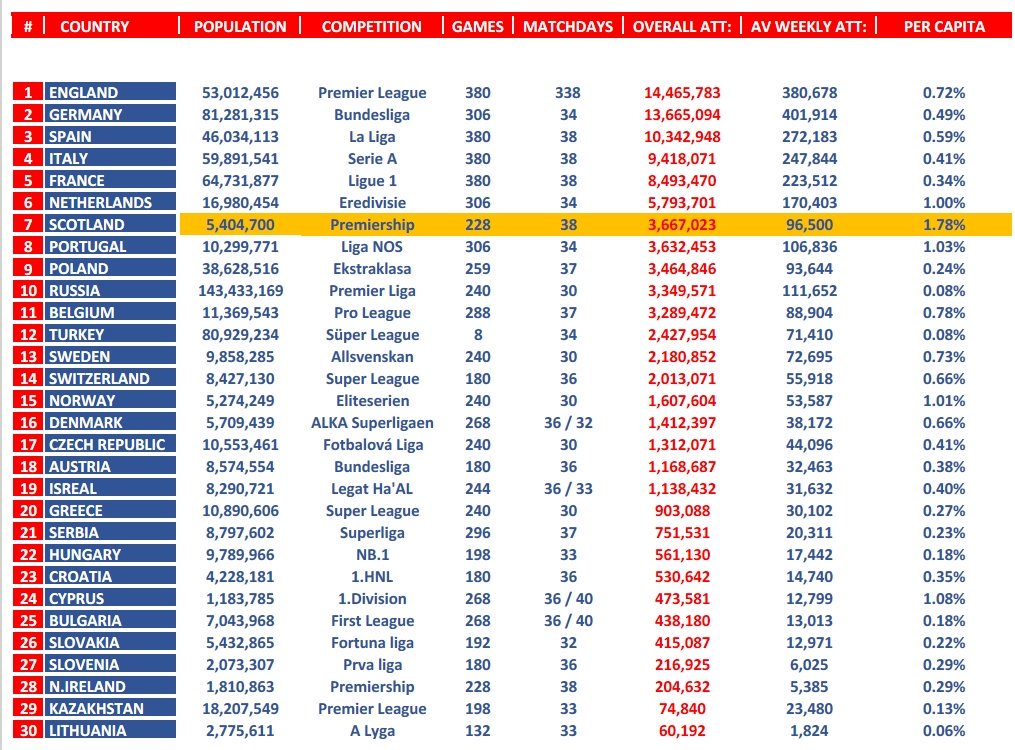 Yet with the 25th highest population… 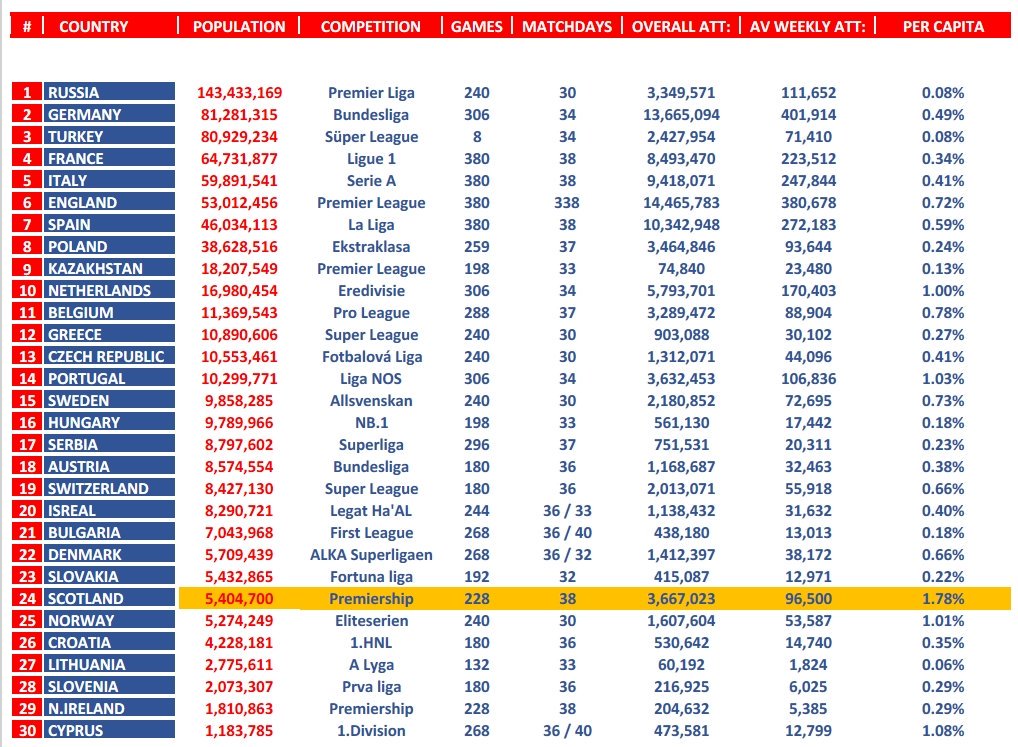 the game is crying out for leadership, leadership that can sell these figures to investors and sponsors and also use that money to develop the footballing quality further, ensuring continued interest and success.

Something that won’t happen while the SFA have too much power, and while it’s still depending on the “Old Firm ” brand, which is a bit of a con these days.

On the other side of the city, it’s all systems go for the new kit launch, although surely someone should have made sure the light wasn’t in Ryan Kents eyes when this photo was taken…

He’s obviously playing to the lowest common denominator in the new clubs support, and hes given me an idea. I’m going to contact Castore with my idea for a new t shirt, with this design immortalising his iconic pose.. 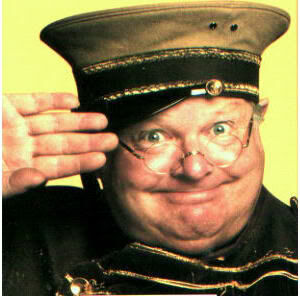 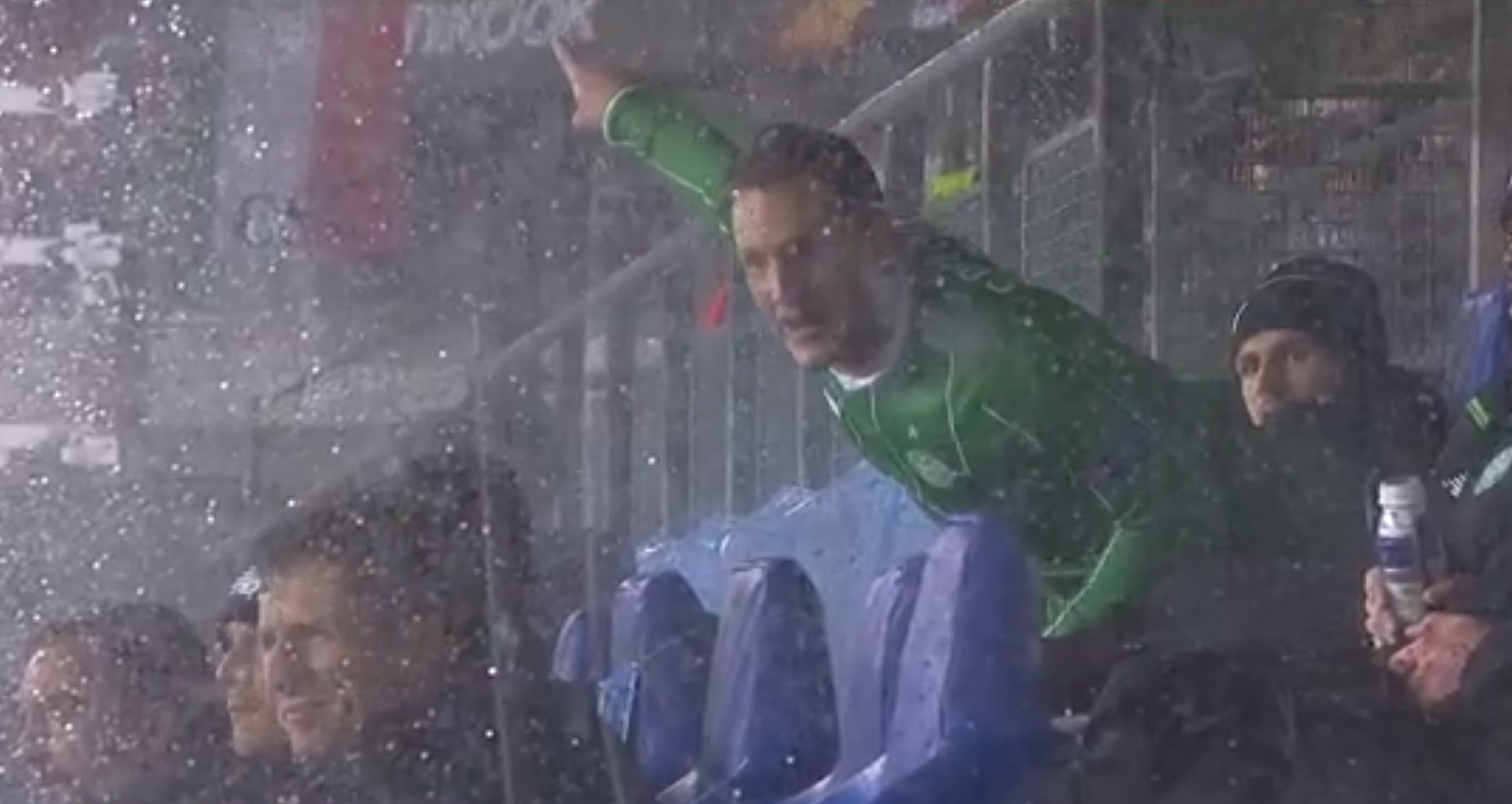 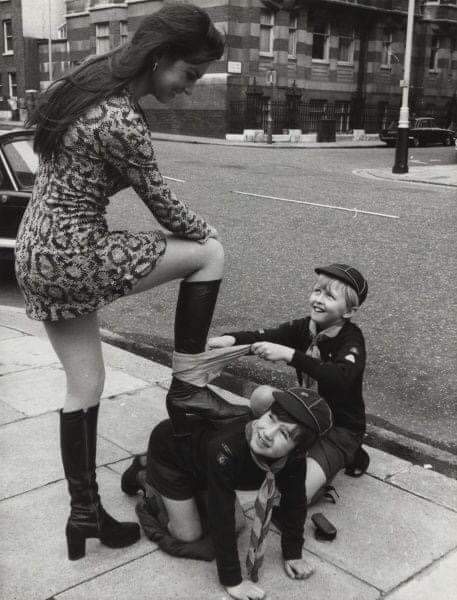 Caption: Hi I’m Ghislaine Maxwell, do you want to come to a party?

Clair Reads Poem to UNA.
Who is this vixen that deserves his charm,
A golden Fox upon her arm,
Chasing her tail all copper clad,
The little beauty has married her lad.

Caption: Your an eager beaver!

Caption
Best bob a job ever missus
If my mate gives you another bob can he change positions with me.

Woman,”you’re sure it’s free of charge “
Bhoys,” sorry did you say something “

Caption – That looks nasty would you like me to put a stitch or 2 in that, I have got my sowing badge you know!

Caption: are those real leather? because i can see a crack.

Caption: Fred might not have matches but I’ve got wood.

Forster and Hart is £60K per week wages with neither guaranteed the first team place which they are both after. Can’t see it but an nice thought.

Caption
Why is he always the jammy one?

Notice the usual diarrohea ,from journos, anything Celtic crap, anything Sevco, can I eat your crap.

Again more crap, ze Buffalo has refused a transfer he wants to play for a big team, Next read all about the fantastic dreams and diarrohea emanating from the soothside.

I’m not sure but I think the one in the middle is Danny McGrain.

Gies a swatch of yir Fanny

Caption – “Bob A Job, miss. Want us to stuff your beaver for you?”

Caption: Enjoy it while it lasts Fred Christine’s coming along in a minute and she will kick our ass.

She’s too old for him. Likes em a bit younger.

Caption: my mama can’t wrestle but you ought to see her box

Billy and Hunetta are out on a date when she sees a Gucci handbag in a shop window. ‘Oh, Ah like that bag Billy! Get me that and yer oan a promise the night’. ‘Right’ says Billy – he lobs a brick through the window, grabs the bag and they leg it. Next week they’re passing the jeweller’s and she spots a diamond ring ‘Oh Billy, get me that ring and yer oan a promise’. Same thing, a brick through the window, ring swiped and offski. Third week and they’re at the Sevco megastore. ‘Oh Billy, dae ye see that… Read more »

I’m a little teapot short and stout
Pay me enough money and your pish I’ll spout
When I get all steamed up here me shout
‘Fuck the ‘Tic for throwing me out!’

(Sorry but you did ask, Ralph)

If I polish your boots can I have go on your x box missus?

Somebody should be trying to sell Scottish football better, the whole package, the fans + the matches create the product. The problem with having a small population, when everyone is at the games, there’s nobody at home to watch the adverts. So they need to convince the broadcasters the product can be sold to a bigger population, rUK, rEurope, RoW.. whatever. It’s not getting packaged and promoted correctly. Decoupling it from being a small add on to a UK wide broadcaster only really interested in the EPL and Scottish football just to improve their YoY numbers doesn’t do us any… Read more »

Go on the Bhoy Scouts

Caption: “Is that your shoe horn son or are you just happy to see me?”

Frankiebhoy63- Caption ” We can see your fanny fae here “

Well SPOTTED, boys! I did indeed used to be known as Lorenzo Amoruso.

Who is this vixen that deserves his charm,
A golden fox upon her arm,
Chasing her tail all copper clad,
The little beauty Una has married her lad.

Boys, trust me. In 25 yrs time when you’ve been at public school , got a ministerial job in the Tory party and I’ve become a much heavier and “curvier” basque wearing woman……….. you’ll be paying me a fortune to be in this position

I feel jipped if that’s what passes as bob-a-job.

“Next time, bring a cloth lads. Can I have them back now please ?”

After leaving the navy she got the semen off her boots

Caption:Lady- ” Excuse me boys but you have been polishing my boots for over an hour now “?

Scout-” Yes but there’s still some left in the tin “

Caption :
If we’re lucky, we might se her cherry blossom

CAPTION
A bird’s eye of the nest.

Vote Up0Vote Down  Reply
The Cha

Caption “If only we’d signed you instead of Frank”

Joe Hart is a prolific shagger and never Celtic class.
Keep him away from us.He’s been on that university giggin scene and been pumpin furiously for the last 5 or 6 years. Dirtbag of a man.

Delighted Mo Elyounoussi has stayed on for one more season at least, he’s a fantastic player who we are lucky to have.
Well done to the board for getting it done.
It seems listening to Moi that the efforts the fans went to to show how much we appreciate & value him, was noticed by the player, so well done to the Celtic fans for that, it worked Bhoys!

A good day in dark times!

Sorry Monti don’t think hexwas worth the hassle.
Mike should have been allowed to develop in that area along with Kimala etc.
Defence needs sorting thats my biggest concern.
Caption: Don’t think I’m joining the priesthood now Micky after seeing that.

Not at all weered.
Last thing you want in the camp is a team mate that might be shaggin your missus. would destroy a dressing room.