Although there will be movement this summer as Celtic look to trim the wage bill and stay a few steps ahead of any rivals domestically, finances, or lack of them, will play a big part.

And given that we know who controls the purse strings and has the final say on any movement, the manager may well have to swallow his pride and accept the new reality.

Then again, even if things were normal he’d have to do as he was told as well.

Mo Elyannoussi has been telling anyone who will listen to him that he wants a permanent move to Celtic, but as he currently earns £60,000 a week and could cost anything up to £10m, thats not likely to happen, although another loan move isn;t out of the question.

Same applies to Fraser Forster, though with the added disadvantage that Forster would have a limited resale value, value which has always been part of the policy at Celtic when it comes to buying players.

However, Forster will win points and matches for Celtic, especially in Europe, and is deemed a little more of a priority by the manager.

There is still talk that Olivier Ntcham or even Kris Ajer could move south as part of the deal, as it seems certain both will leave, but selling them this summer may be counterproductive, as there won;t be much money about.

When the window finally slams shut, we’d be doing well to hold onto our key players, even on loans, and anything else is a bonus.

What we do know through our pish stained sources is that a huge ship has arrived from Southampton in glasgow, and they tell us it’s full of Southampton players….and fans….who fancy being involved with a real football team…..

There will be more pressure next term than in any of the previous nine title winning seasons, and we’ll need those such as Brown, Forrest and MacGregor who have shown they can handle anything thrown at them.

With others such as Edoaurd, Griffiths, Jullien and Forster added to that core, then we shouldn’t need much else, although another centre half wouldn’t go amiss, but one feels that temperament should be more important than ability when picking him…

There’s no sign that Craig Gordon is ready to accept his new deal, which is a shame. We’d all feel better if we could keep the trio of keepers we have as we know they are as good as we could hope for.

One interesting development is that David Turnbull of Motherwell, almost certainly a Celt of the future, is going to stay at Fir Park as he wants to repay his club for helping him through the trauma of the last year or so, a noble decision which speaks volumes of his character.

And one that makes it more than likely he’ll be a part of the post-ten Celtic….

Lawwell has played on fans sentimentality to shift season books this summer, with a historic ten in a row there for the taking.

He could at least show some flexibility in return when it comes to making sure there’s a squad at Lennoxtown capable of what will be a tough season.

What we don’t need is wholesale change that might lead to players needing time to gel…my biggest fear is that the new season will start, Celtic will have a game postponed and “rangers ” will lead the table at some point, and they’ll call a halt to the league due to the virus not having gone away.

Well, we’ve shown that there’s no such thing as being too paranoid…

And anything can happen , as this story from the Russian league shows…

Rostov are set to play a Russian Premier League fixture on Friday with what effectively amounts to a youth team after six of their players tested positive for coronavirus.

With the news that the infection was so spread throughout their team, the entire first team and the coaching staff had to be quarantined.

However, an appeal to have the match postponed to a later date failed after Sochi turned down their request for a delayed fixture. As such, the team will play with a group of players born between 2001 and 2004.

The oldest member of their squad will be 19-year-old midfielder Nikita Kolotievsky, while the youngest will be Maxim Stavtsev, who only turned 16 in January.

Speaking to the media, Rostov president Artashes Arutyunyants said: “We do not want to comment and evaluate the decision of FC Sochi. Let it be on their conscious. For us, the health of our players and our opponents is more important than three points.”

Rostov currently lie fourth in the 16-team RPL, with their target a place in the Champions League for next season. To attain that, they will need to finish in the top three and currently they are only three points behind Lokomotiv Moscow and Krasnodar, who are in second and third respectively.

Sochi, meanwhile, are engulfed in a relegation battle and though they lie 12th in the standings on 24 points, they are only four points clear of bottom placed Akhmat Grozny.

Given their opponents’ selection concerns, they will hope to take their seventh victory of the season and move away from the drop zone.

So, how did that one turn out ?

Rostov had tried to get the game postponed but host Sochi pushed for the fixture to go ahead as it seeks vital points to boost its battle against relegation.

Elsewhere, the Westminster government have decided to tart an old aeroplane up so that it’s livery announces the arrival of our Prime Minister the moment the plane lands on the runway. 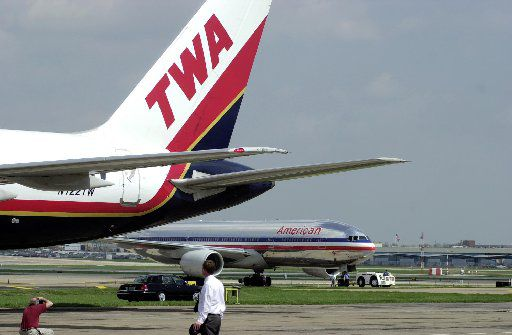 And today, we have this….

Caption : trust me this is the only post corona virus test you need to pass

Caption “ Thems the breaks kid, thank God only three more months here.”
I think the Southampton comment about Celtic is merely harmless football banter. Celtic set up Southampton FC as a financial
Institution to generate millions of pounds each year, think of it as the equivalent of the club shop. However Celtic also uses it to give game time to players we believe can be developed by playing against good sides down south like Man City, Liverpool, and Man Utd and Leicester, well maybe not Leicester.

Caption
It’s no whit you think.
This brolly weighs a ton

Celtic will cruise it this season Ralph.The Huns are on their arses and are trying to punt the ugliest Columbian ever,just to keep paying wages.As Broonie said,we’ll come flying out the traps.It’s been very quiet around Liebrox,they know they are in the sh.t,again.If Haaarrttss and Fartick Pistle don’t bugger up the start of the league,we will steam roller the dross in the Premier.It’s just the CL qualifying scenario that pisses me off…..

Caption
“Why have I to carry all this “?
‘Cos I’ve got the code for the game”

Hello from sunny Euskal Herria,just want to add my tuppence worth about next season.I really cant see any serious threat on the pitch,all teams are finding it very difficult and as Celtic are the richest the damage albeit significant wont/shouldn’t be 10 threatening.Next May i’ll be celebrating like a mad man.Hail Hail you lovely people.

Stevie G arrives with fresh supply of ‘bottle’ for the new season.

Great minds think,etc…..
We’ll skip the latter part of this old adage if you don’t mind.

Caption: On the introduction of the Scottish government’s 20p a bottle deposit return scheme, Stevie G goes shopping for a midfielder.

Caption – Since Nick Faldo retired from golf he has taken up alcoholism, to fill his days. Faithful Fanny, his caddy, is delighted…

Caption
The Buffalos supply’s arrive for the weekend

As for Soton, who cares a non entity team that achieves nothing a bit like Sevco!.

CAPTION
Try to keep up Senga, the game starts in ten minutes.

Stevie G heads home with his sevco pay off in ginger bottles.

Yet again the bold boys in blue ignore the Loyalist factions, instead kettling supporters of anti-rascist March.
At every demo the Loyalist far right turn up and are not challenged, as one thug knows another thug.

stevie g and his bottle’rs arrive back to training

Caption …
Slippy g and bigot Brown hear that there’s
an empty ,they won’t like it when they realise it’s
the ibrox trophy room…

Emphasis on self-esteem and profound lack of empathy…

Not by the Herts,the DOB`s or the The Rangers.
We shall not be moved.

We’re gaun tae buy Hampden.
We shall not be moved.

SFA/SPFL Football:
How much is to be possible in accordance of on the right (or wrong) track?Tis likely to result in one’s own gradual welfare angst.

They Wanna Be Edouard.

The Gers TV support SPAD and the Grand Orange Lodge of Scotland.

All emit a long sigh.

Three people have been killed and three others seriously injured after a man went on a stabbing rampage in a park in the southern English city of Reading.

Sin for so,for whom?

caption. ” to kill two birds with one stone” steve gerrard finds a way to get his booze delivered and keep alex rae from kissing his arese all in one go

Treat training as if you are playing.
Behind closed doors will be some games.

Never behind closed doors.Though close at hand with the windows open.

Alan McGregor’s urine samples arrive for testing – surely one of them will be ok?

Robbie Neilson to rejoin Hearts after compensation agreed with Dundee United, I would imagine that £8 million would be fair compensation or a good deal less and Hearts to drop their court case!!

Aye, but OK for what exactly? Paternity Test, various diseases of the “Willie” or proof positive that he and his band of brothers have been taking the Pish for years. Maybe all three. H.H. BTW, liked your posts on Phil’s site over the last few days. Their days are numbered. Might not cleanse The Establishment but their shock troops, The Orcs from Castle Greyskull down Ibrokes way, are a dying breed purely on “Evolutionary”terms. All the inbreeding has produced a herd of Drunken, Mindless Mules that no decent woman, Proddistant or other wise, will get involved with. Perhaps another generation… Read more »

God grant you glory Brave Father Murphy and open heaven to all your men. The battle and slaughter of Vinegar Hill. The rebellion was effectively finished on this day in 1798 and no mercy was shown to the rebels or the women and children. Bagel Harvey, Cornelius Grogan, Mathew Keogh, and Anthony Perry, all Wexford commanders (and, incidentally, all Protestants), were executed; their heads were cut off and stuck on spikes outside the courthouse in Wexford town. Father John Murphy, the hero of Oulart and Enniscorthy (or a latter-day mixture of Attila, Genghis Khan and Tamerlane, as loyalists viewed him),… Read more »

Caption: “Stop whinging, it could be worse I used to drink Alpine.”

Caption: Getting the “Pished Stained” source to talk requires quite a bit of “lubrication” and the pubs are still closed.