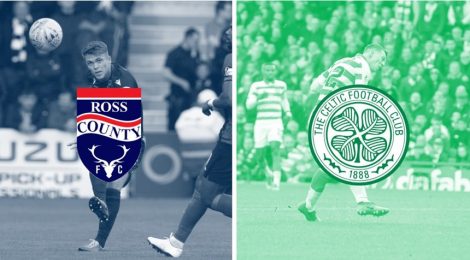 Yokerbhoy, thanks first class summary. It’s great to have this info beforehand. Keep up the good work!

Cheers Devoy – Great to see you posting again and glad that you enjoy my nonsense. 😉

Well done Yoker, ship stoker, Insurance broker, etc. Beware of over confidence, that must be the message to the Celtic team tomorrow, on Advent Sunday. For arrogance could harm us. Who could forget the 2-0 game against the Livingston Lion Bars. Predicting big score wins is dangerous and a lack of humility often results in a kick in the baws. Sold oot the morra in the town of Elsa, so let it go, let it go, as we will be frozen in reindeer land. Overconfidence is Ross Counties 13th. man, the referee is always their 12th. As we bear in… Read more »

Don’t you worry Mikey Bhoy the fermer. Lenny will have it instilled in his players the dangers of complacency in this type of game and I’m sure they’ll give him the right response. Hopefully we’ll see a very entertaining tussle. Over here in my part of the world we’re still enjoying 20+ temperatures and as I write this, I’m enjoying a fine game of fitba as an impressive Betis lead Real Mallorca 2-0 away from home. Keep it lit bro.

Been up my attic all day, getting all the Christmas decorations & lights down.
Love that moment you plug the lights on & they actually work.
Heaven knows how CS can spend so much time up in his loft/watchtower/eagles nest?

You’d be amazed how long a pair of binoculars can capture your imagination. Plenty of threats out there. One must do their civic duty to keep on top of things and contribute

I can see your true colours shining through…

Vote Up1Vote Down
The Cha

O’Connor and Afolabi aren’t in the provisional squad:Forster, Frimpong, Bauer, Taylor, Ajer, Jullien, Rogic, Bitton, Brown, McGregor, Elyounoussi, Ntcham, Forrest, Edouard, Johnston, Griffiths, Christie, Morgan and Gordon I’m not sure if we simply cut 1 from that to make the matchday squad. Taylor can’t play in the Cup Final so probably a good idea to utilise him tomorrow and/or Wednesday. As he’s in the squad I’d also like to see Frimpong back for some of the next 2 games, as I’d want him for the Cup Final. Given he’s only had 10 and 20 minute run-outs, I’m not sure if… Read more »

Thanks for the squad update Cha. A bit disappointing that O’Connor is not getting included given the boy’s ability and the fact that we’re short of defenders at the moment. On another note, you’ll no doubt remember that Norwegian wonderkid Martin Odegaard that was linked with a move to Celtic during the Ronnie Delia days. Well, after a couple of years in the wilderness at Real Madrid, he’s now 20 and playing his best ever football at Real Sociedad where he is currently on loan. They now lie 4th in la liga and he’s been their most influential player so… Read more »

Morning Cha. I replied to your post but my comment was hooked. It initially appeared and then disappeared. Maybe it’ll pop up later. Enjoy the game!

RT @DBestseventy2 Craig Whyte and Charles Green drank out of that loving cup!!

RT @Alexx_McArthur Anyone in the Glenrothes or surrounding area? This fab charity for vulnerable families & lone parents has just had a large booking for their Burns night ceilidh cancelled. 40 cancellations 8 days before the night. Check it out 🏴󠁧󠁢󠁳󠁣󠁴󠁿 twitter.com/FifeGingerbrea…

Dear Mr Lawwell We have 5 away games in next 6 fixtures. Do you need us to send in extra cash to tide you over?