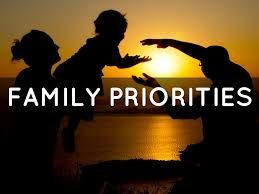 Just a note to say that Ralph may be away for a while due to family issues that he and the rest of his family have to concentrate on.

Ralph might pop in now and again but just don’t think he is ignoring you..he just has bigger and more personal fish to fry at present. 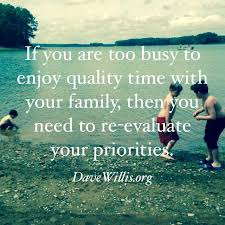 Please feel free to add some comments below and please keep him in your prayers and salute him when you raise a glass at every goal Celtic score in the foreseeable future, starting with the Semi Final v Hibs on Saturday.

We shall look to get some content up on the site and please feel free to send any contributions to etims.contact@googlemail.com

I hope whatever the issue is, is resolved in the best possible way !

i think the whole Celtic family are behind them all, at least id hope so

0
Brian (not the messiah)

Thoughts are with you and the family Ralph

All the very best to you and the family Ralph. Hope everything gets painlessly sorted soon.

Best Wishes to ‘Ralph’ and his family from me personally,and also from all at Sentinel Celts.

Best wishes to Ralph and family, take care of each other. Hail Hail from Texas.

Richard…so sorry to read Desi’s note. You and the family are absolutely in our thoughts.Every warm wish to you and yours.

Hope all gets better whatever it is.

Look after yourself and family Ralph thanks for a great and successful diary, one of the better ones, looking forward as ever to your return.

Thoughts and prayers are with Ralph and family at this time, keep the faith HH

Ralph,
I hope whatever you & the family are going through, soon changes & things get better & back to normal.
Remember you have the support of all of us on here, today & all days!

Thoughts are with you all. Take care

Ralph…. Family is the most important thing….

Hi Ralph I hope you and you’re family get through whatever this is best of luck fella and God bless.

All the best Ralph, Hail Hail!

Best wishes Ralph for you and family.

Ralph, many thanks for your hard work on our behalf. Peace and good health to you and yours.

God bless you and your family Ralph!

Hope everything resolves itself for ye all.

Best wishes – hope it all works out for Ralph. Love reading the Etims Diary

Aw that’s the dogs bollox:-)
Ralph. Best wishes to you and all the family,a safe and happy holiday period to you all.
Hurry back.
From all your fans in Chicago.

Hope all turns out the way it should,family first,take care and good luck from The Basque Country.

Thanks for all you do Ralph.I hope it all goes well for your family.I’ll put them in my daily prayers. COYBIG

Hope things get back to normal pretty soon.

Best wish’s Ralphy and God Bless you and yours.

Best wishes Ralph to you and yours HH

Often I don’t agree with Ralph’s take on things but really appreciate the opportunity provided to debate different points of view unlike a lot of the Timternet sites that are Board stupid, hysterical, clickbait etc.

Wish all the best to Ralph and his family and hope that issues are resolved in the best possible way.

Like a Celtic defeat you’ll soon be back on the one road again Ralph, YNWA.
On the game last night, a decent debut by our new Bhoy who was fed quantity and quality. I was giving Eddie pelters for trying to dribble through non existent spaces and surrounded but then he did it to shoot off the post for the opener. Jamsie set him up just after and he put well over when he should have scored. Jamsie ( with his new song, replacing BR here for ten in a row) scored and we played the game out. Brooney I hope is okay for Saturday but for me, for his defensive play, carrying it out and goal threat, Julien was superb.

Ralph whatever all the very best .Haste ye back .Donald Brown .

Best wishes Ralph I’m sure everyone on here Hope’s that whatever it is troubling you all goes away quickly. My own family has had our own troubles recently but with the help of loved ones the dark fades to light quicker. I will add you to my family prayers tonight at mass. God Bless YNWA.

Broony being injured might not be a bad thing you know. The guy needs a break and with Ntcham Bitton etc back fit I dont think we will miss him too much Saturday if hes not available.
Forster
Frimpong Jullien Ajer Boli
Bitton McGregor
Forrest Ntcham Ellynoussi
Edouard.
5-0 the bhoys

I’m very sorry to hear the news about Ralph from both the personal angle where I have had the opportunity to enjoy his company and wit in real life and the wonderful support he has given to the pursuit of Resolution 12, which still has legs as the following clarifies.

Sad that it has to be posted against a background of personal concern for Ralph but I reckon he would want readers to be updated with the consequences of Celtic opposing the latest Resolution. (not the original)

Celtic oppose taking the investigation away from the SFA and asking UEFA or the police to investigate.

In doing so they are binding themselves to a judicial process that after 2 years has shown itself not fit for purpose and one in which they resist questioning.

At the 2018 AGM questions relating to CAS involvement were asked and a commitment to providing a written answer was made at that AGM but to date there has been no answers.

No answers to them by AGM 2019, suggests Celtic are incompetent at best and complicit at worst the consequences of which are a possible fraud is being covered up with Celtic’s knowledge.

Not a good place to be standing at AGM time.

So whilst going to UEFA or the police is eschewed by Celtic, not providing answers to the questions posed as result of the SFA “parking” the investigation that Res12 has caused, is simply untenable.

Opposing the current Res doesn’t mean the matter is finished, it just means no more excuses can be accepted for Celtic’s inaction since in effect May 2018 when they were given hard legit evidence of fraud but did not act upon it, requiring Res12 lawyers to do so at cost of £2k to add to earlier costs of around £7k..

So whilst Celtic might oppose going to UEFA they simply cannot stand aside and let the SFA stay silent.

A deadline for SFA to decide what to do must be set by Celtic by or at the AGM, along with a timetable for completion, whether that be by SFA or CAS covering ALL of the submissions made by RFC under granting and monitoring of the UEFA licence in 2011.

Otherwise Celtic are protecting the SFA and risk being seen as complicit in covering up a fraud in which they were victims.

In short their continuing policy of inaction , silence and non interference, particularly from May 2018 is untenable and has to change to restore faith in Celtic and give the SFA an opportunity to regain the judicial authority they surrendered under the 5 Way and restore the rule of football law that otherwise lies in tatters.

All the best to you and your family Ralph, hope you’re back to lead the line soon.

All the best to you Ralph and your kin.

Thoughts and best wishes to Ralph and his family.

Sad to hear news of Ralph’s absence and why, both on a personal level where I enjoyed his wit and company and of course the great support he has given to Resolution 12.

There is more clarification on what Celtic’s opposition to taking the case to UEFA and leaving it with SFA means but it can wait another day.

So sorry to read of Ralph’s family issues, hope for a positive and satisfying resolution for all. Will keep you in my prayers.
Missing you already – take care and much love x

Christina,
Good to see your name appear on here, hope you are well.

Thank you Monti I’m fine (just a reader of blogs these days 🙂 ) I still enjoy your posts!! Had to wish Ralph/Richard well as I do enjoy this blog and hope he will return to us at some point!

I’m sure Ralph would want us to continue with our debates and pish comments:) so let’s make sure we keep it going for him.

0
The Cha
Reply to  jimmybee

James Forrest now has a new contract plus his own song, so I assume that’s him for the off. 😉

0
Bgbolongoli
Reply to  The Cha

Are you doing cluj part 2?

0
The Cha
Reply to  Bgbolongoli

No and not going to Rome next week either.

Sarajevo, Tallin, Cluj1 and Rennes will be it for 1st half of season but hopefully a wee run in the ko rounds after the break.

Enjoy Cluj, I did and none of the hassle of other places.

0
Bgbolongoli
Reply to  The Cha

I take it you can’t spend money over there?

Jimmybee,
Speak for yourself, personally all the points i make are correct 🙂

Looking forward to you returning strong and soon.

Meantime take care of yourself and those you love.

Hoping that you have the best outcomes possible with the family matters, Ralph.

Best wishes to you and the family Ralph HH

I am in Scotland at the mo dealing with a sad family issue. These things bring families closer together.

Go Bless you and your family, Ralph.

Rebus sorry to hear of your sadness at this time.