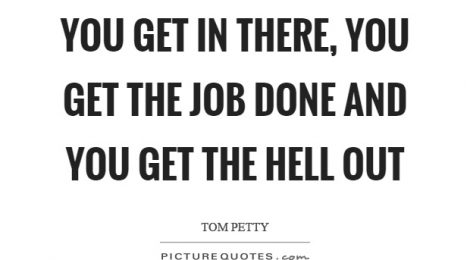 Today our eurobhoys take on the dandyboy reds up in the land of the gulls and sheep once again. By tradition these encounters tend to be highly-charged super-intense physical affairs that are not always pretty to watch but pretty much guaranteed to keep you on the edge of your seat. There will be plenty of end to end action, the referee will have his part to play and, of course, absolutely anything can happen given the Dons’ patchy start to the season and our current away form.

McInness looks as if his bum is welded onto that managerial chair at Pittodrie given that the majority of the fans, and certainly the board, appear to be content with the status quo of Aberdeen generally being regarded as Scotland’s third best team but their recent European record must surely come as a disappointment to many. Year after year they get past a couple of easy hurdles during the preliminary qualifying phase only to fall at the third fence as soon as they come up against some half decent opposition. Old Derek certainly is a sour, greeting-faced git but I do admit that I felt a bit of respect for him when he was offered the hot seat at the hundrome only for him to tell them where to stick it.

When the Grampian outfit were humbled by the huns (5-0) a few weeks ago, they were missing no fewer than 8 first-team regulars and their manager was very swift to point that out after the debacle. To some this might seem a bit like clutching at straws but I for one believe it to have been a hugely significant factor in that game as they were uncharacteristically weak all over the park, especially at the back. A lightweight and leaky defence has now been greatly reinforced by the comeback of McKenna (I’ve never really considered him to be Celtic class but he’s obviously a very important defender for the sheep nonetheless) and Considine. They clearly missed the physical presence in midfield of bully boy Graeme Shinnie (now at Derby County) at the start of the season but could have now found a remedy by converting loanee LB Greg Leigh into a holding midfielder (looks a very decent player) to accompany another adapted defender, the powerful Zak Vyner (currently on loan from Bristol City). Vetaran midfielders Stephen Gleeson and Craig Bryon, both out injured for a while, are in the process of being reincorporated so one or both may well feature tomorrow. Although clearly not in the same class, you could describe young Irishman Jon Gallagher as their version of Ryan Christie due to his high energy levels and non-stop running while over-enthusiastic hothead Lewis Ferguson – there’s something blatantly hunnish about this lad but I can’t quite put my finger on it 😉 – picked up a suspension (again) and didn’t feature for them last week. Gallagher and the in-form Niall McGinn will be the two main men in the middle and wide areas of the park as they will provide much of the ammunition supply to their loan striker, which brings me to Sam Cosgrove.

In a recent diary Ralph already touched on how much this guy has improved and the danger he could represent. Well, 15 goals in 16 games (all competitions) sort of speaks for itself. The bulky Cheshire lad didn’t exactly set the heather on fire during his early games for the dandies but he surely must go down as one of the most improved players in Scottish football at the moment. Here is a guy who works extremely hard on his game both off and on the pitch and he’s really beginning to reap the rewards. Still only 22, he’s contracted up until May 2022 and could command quite a sizeable fee from an English Championship side or even one of the more modest teams from the Premiership. Shit, I wouldn’t even be surprised if we were to put in a bid for him before too long! Despite his physical appearance and running style giving the impression he’s nothing but a big bruiser, he really has remarkable skill with his feet for such a big guy. If you don’t believe me, give yourself a treat and watch that sublime chip over the Motherwell keeper for the Dons’ opener in their 3-0 triumph at Fir Park last weekend. Jullien will clearly have his work cut out.

Here is the Aberdeen line-up that featured at Motherwell a week ago:

In the Celtic camp once more we have the interesting debate regarding whether we should go with our strongest possible XI or rest a few regulars given the huge European exertions of the other night. The Calendar hasn’t been kind to us (surprise surprise) with the early kick-off as well so this is bound to be a very tough encounter where any kind of win, no matter how we get it, will do.

As far as I know, Shved, Sinclair and Ntcham (who obvisously hasn’t recovered from that ankle injury yet) are not in the squad while Mikey Johnston is back. Ryan Christie is suspended as he was given a two-match ban for his rash challenge at Livingston. Rogic would be the obvious choice to deputise. Against Lazio El Hamed took a couple of sore ones while off the boil Boli could maybe do with a rest. Maybe big Ajer shiould be rested too. There’s definitely an argument against using silky slightly-built players such as Frimpong and Johnston against a physical side like Aberdeen but football is all about taking risks and we have plenty of back-up strength on the bench at the moment if things aren’t going according to plan. I think those two would really freshen up the side adding a different dynamic and I also feel that the Livi fiasco is a clear indicator that at least 2 or 3 changes should be made when we have to play a hard away fixture in the league less than 72 hours after a gruelling European battle. Squad rotation is vital if we are to achieve success in all four competitions. Elyounoussi didn’t exactly cover himself in glory the other night and was looking tired. This could open the door for wee Mikey to come in and do something special. Bearing all that in mind and whatever your opinion happens to be, I’m sure we’ll all agree that it won’t be easy to predict our starting line-up at Pittodrie (or the final score for that matter) and indeed we could see one or two surprises. Anyway, here goes:

Good assessment Yoker but your even handed approach does little for my pre game nerves. Will take your score line and big Tom to do it.

Cheers Steve. I usually enjoy these eventful clashes with our historical rival from up north in which anything can and will happen. Despite Beaton being the main danger man, I still feel quite positive as to the final outcome.

I am where SteveNaieve is, Lazio might have taken Thursday they didn’t but the demand in our guys was huge, I think changes will be needed.

We usually do excellently up there, I think, because for the last 5 years we treated them as our main rivals.

That’s no longer the case but hopefully we still treat it the same.

3 changes from the starting back 4 and 5 overall from Thursday seems a lot but 3 of those came on so maybe okay.

Cheers Cha. I got fake news about Sinclair, who is on the bench (i hope he can make an impact in the second half) but at least I was right about Frimpong starting. Yes, 3-0 in our favour last time we headed up there I believe so more of the same please. Enjoy the game!

Pittodrie for Thrills, its thrilling alright and some sublime football on display and a star is born! You don’t need any drugs when you get High with the Celtic team!

That first half was brilliant Mike. It just seems to get better and better. By the way, I hope you had a grand tattie harvest without any hiccups.

Brilliant performance, three home league games coming up, what’s not to like?

Hopefully the huns will drop a few points in those away games they face.

Superb fluid football. Well done Lenny and the bhoys. A tough gig in rotten weather. When we are good we are very, very good. Now, the fixtures will start to favour us but will test the Huns, who have not yet played at Hibs, at Aberdeen, at Celtic Park, at Livvie or at Motherwell in the league. We have already played all those teams away, including the Orcs.