With very little going on due to players and coaches having a few days off, the media have taken it upon themselves to keep everyone entertained.

Not just the mainstream media either, but social media as well.

Arsenal are in talks with Celtic to sign Kieran Tierney. Celtic want to sign Osei-tutu on loan as part of the deal. Arsenal working to renew Osei-tutu’s contract before sending him on loan.

Of course, if Andy Robertson goes to Barcelona, Liverpool will swoop for Tierney. Thats if Manchester United don’t swoop first.

None of these clubs are waiting to see how the surgery goes before committing millions of pounds ?

There’s confusion over Nir Biton, who is entering the last year of his deal. The club want to “pay him off ” and release him, but Lennon wants to keep him. As for Biton, he is on record as saying he wants to stay.

Olivier Ntcham ? Someone on twitter reckons he’s unfollowed his team mates on Instagram, the modern “come and get me ” to other clubs.

In fairness, it is true that he turned down a better salary to go on loan to Girona whilst at Manchester City, in order to work with Brendan Rodgers. With Brendan no longer at Celtic in body-his mind left years ago- then Ntcham probably does have itchy feet.

It’s all very tedious, and the fact is no one knows anything, except we have heard rumblings that Lennon isn’t happy with his renewed budget, after being reassured he would have priority over hotels, museums and car parking facilities.

Or is it all just bullshit ?

That seems to be more likely than anything else.

As for David Turnbull, the media, and thus sections of the support, are turning this into another John McGinn saga.

This guy, who may or may not be a sort of Lanarkshire Leo Messi is up for sale, and so far Celtic have expressed an interest. So have Barnsley, which should give you a clue as to how good he really is.

If Celtic don’t reckon he’s worth what Motherwell want, then he will go elsewhere. Simply because John McGinn turned out to have a decent six months in a B league south of the border is no indication of whether or not Turnbull will add anything to the team.

The Daily Record hotline, where hysteria has found a home, had an early candidate for knob of the week…

Jimmy Murray, Edinburgh, said: “This must be the last straw for Celtic fans. Outbid by Barnsley for Turnbull of Motherwell. Celtic not even prepared to go to £2m for the player.

“There has been 52,000 season tickets sold but it’s a total boycott that’s needed. Rangers will win the league before the split.”

John Bruce emailed: “Despite winning a treble Treble, it has all gone remarkably quiet in the east of Glasgow.

“Could it be that the Hoops fans have finally realised that they are facing a resurgent Rangers with a world-renowned football icon as their manager who is about to strengthen his squad, whilst they have appointed the cheap option who is facing a rebuild and player auction, then having to replace them with more loanees and cheaper players with the usual ‘world class potential’?”

It’s important to remember that the window isn’t actually open yet, so no one can bid anything for anyone, although doubtless off the record chats have taken place.

But it would be nice , just once , to read a positive story about Celtic.

I mean, the club has even topped the League Table of Shame, featured in the Sun newspaper, which presumably doesn’t do irony..

They’re referring to pyrotechinics, and not those trousers where you can smuggle a carry out into the ground in one of the legs.

Though if it were the seventies fashion classic, then it truly would be a table of shame.

Speaking of shame, Marvin Comperr may not play this season either, having spent last season on his fat arse, and there are signs he may be difficult to shift from the wage bill.

Or anything else for that matter.

On the dark side of town, there’s still hope that Liverpool won;t cash in on Ryan Kent and let him waste another year in Glasgow..

It’s a loan deal, at best, and thats where they are at. Loan deals…and a couple of out of contract SPL players.

You wouldn’t think it from the media, as the procession of fifty fivers continues to parade through the pages..

The Womens World Cup is well and truly under way.

Scotland lost 2-1 to England in their opener in Nice, but showed enough to suggest they will settle.

The BBC covered the game, and it was refreshing to hear the all girl punditry team talk more sense than their male counterparts, as well as looking like they had put some effort into their appearance.. 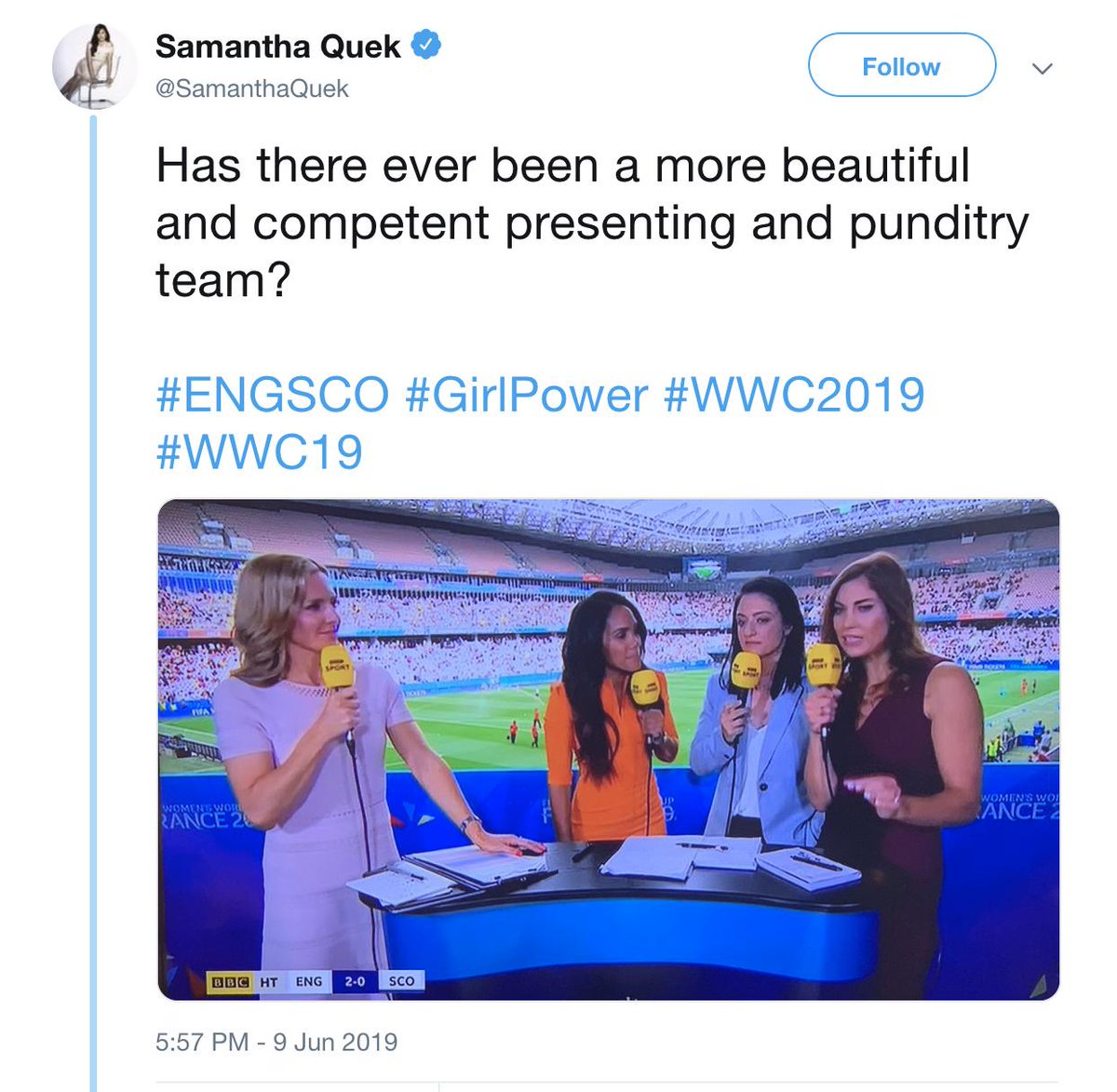 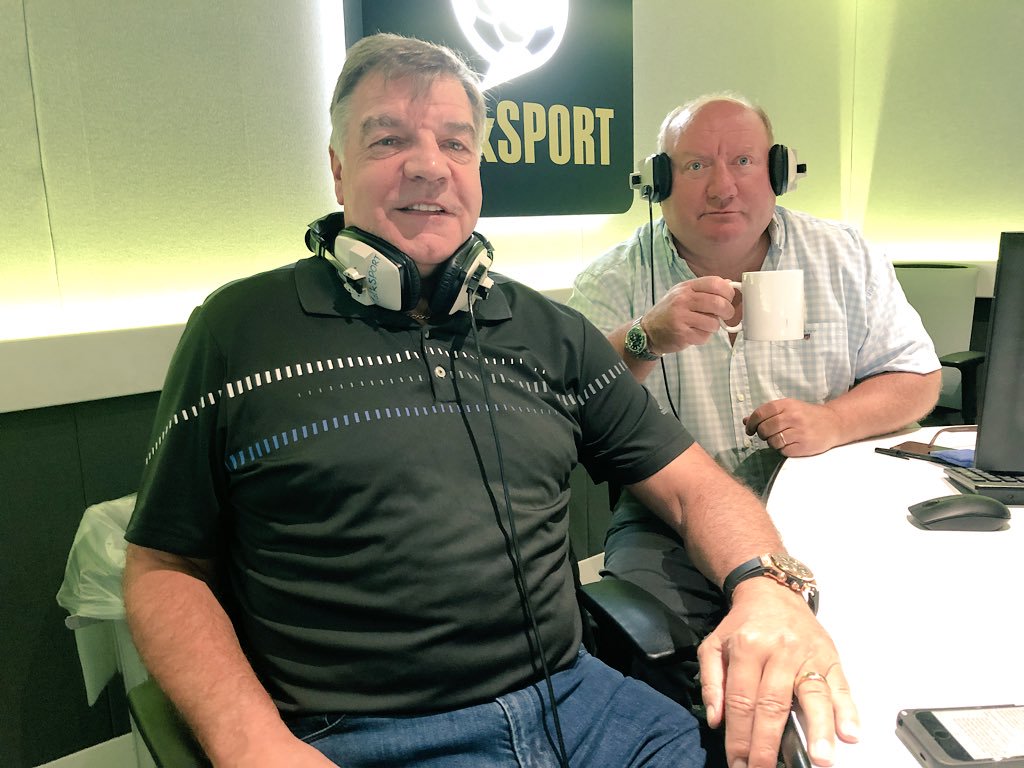 In other news, over on the Sentinel Celts site , auldheid has a point or two to make about hypocrisy in the media…well worth a look.

Yesterday, we had this picture..

Now, I wonder if you can help..

Hi I’m raising money for my niece Skye Duncan who last year at the age of 13 on the 31st of July was diagnosed with osteosarcoma (cancer in the bone).

Skye’s tumour grew so rapid that the Drs felt they had no alternative & to save her life ,but to amputate her Right arm and Shoulder.

Since Skye’s operation on the 27th of September last yr Skye has undergone the most brutal chemotherapy with lengthy hospital stays for all the family, Skye’s mum Ann has found a prosthetic arm which Skye would love but it costs £8000 to make so I am asking all of my family and friends to please donate anything at all you can to achieve this amount of money for Skye x

Skye’s last chemotherapy treatment was on the 17th of May this yr on her 14th Birthday, she is now very positive and looking forward to the future xx

Thanxx in advance to everyone for their donations xx

Please give what you can, every little helps and the link is here: HELP_SKYE

Is there an address for donations to Skye?

Some sort of link would be good

Caption : Snowflakes, with their socks and shoes on.

Monti… It proves that less IS more

I bet David Murray could smuggle some carry oot!!

Whit? Ye mean he could smuggle that much in ye could end up legless? 🙂
HH
PS I recall a visit to Easter Road a long time ago.
Ra Polis had big bins outside every turn-style.
If you weren’t already pished when they found some drink on you, you were allowed a charge and then it wiz intae the bin.
I got in with a quarter bottle of Grouse and a half ae El D inside ma big Denim coat, havin’ ‘surrendered’ 4 cans.
As we met up wi’ the crew inside, many had got at least SOMETHING in. BUT, a senior member of my family managed TWO ae them brown-paper offae bags and a load of Tennant’s and a boatlae Lanny. To this day no-one knows how TF he did it, including him who was three-quarters pished; but he’s sharper than a boxae tacks, an’ funnier than The Big Yin, so we really shouldnae be that surprised. Happy days.
HH

Caption: Is that a couple of bishops down your bikini or are you just pleased to see me?

It was WEERED’s round the last night out when last orders were called. He was in the toilet,apparently. Or out for a smoke. Or hiding in the sock drawer.

Ralph is doing the right thing by keeping him sweet.

Mick… the last time around I got 3d change out of a fiver.
I’ll not get caught like that again 🙂

Mick… the last time bought a round I got 3d change out of a fiver.
I’ll not get caught like that again

Woman on the left, “why do I need a chapstick for chapped lips?”

Caption; so.. we have all agreed to freeze out Celtics treble treble achievement…motion passed!!

Funny, not funny, sorry FN pathetic but you’ve nailed it.
The caption is open to witty, accurate points so aye, ye’ve nailed it.
HH

Dunno about a caption,but I wouldn’t be standing on ice wearing a pair of budgie smugglers.

I’d have three Adam’s Apples and an acorn-even a killer chat up line can’t save that look!

Mick,
I’d have a cucumber & couple of apples look….cough 🙂

CS… And uncle Tom Cobbley and all…

IS there a way of donating through Paypal?

Not one for expressing my football opinions as I do not have the confidence of many in my football knowledge or my scouting abilities.

However, a wee birdie tells me the most valuable assets of nearly all of your list are their return tickets. It amazes me how we can put so much trust in players without witnessing them in 1. The kick and kick (and even punch now) brutality of Scottish football 2. The demand and drudgery of week in, week out defensive football 3. Anything up to or over 60 games a season with but a few weeks holidays 4. The standards demanded by the Celtic support. Maybe the failure of so many to deal with these challenges accounts for the now excessive bum expansionists in our squad. It would appear to me that, for many, “foreigner” is a must on transfer CVs.

Something in my expansionist gut tells me not enough attention is paid to our home grown youth. If this is not working, then Lennoxtown needs a good examination on so many levels.

Youth setup? McGregor joined at 19,is nearly 25 and KT was a ball boy,Henderson got the heave ho and wee wee KD wants to play for Engerlund where his future awaits….

Do you know Bishop Briggs at all?

Guy I work with, ‘Well regular, heard that Barnsley bid the £1 million and Celts the £2 million. Says Turnbull is gallus and scared of no one, bit like a young Broonie. What does it say to our Dev. squad though when we go out and but teenage midfielders ?
Wouldn’t laugh at Barnsley either. Just gained promotion and owned (80%) by a consortium who are looking to buy good young players for the Championship.

Que Sera, Sera ? And you’ll just keep on accepting it year after year?

Meanwhile the Bank balance is rising, Pl’s bonus is rising, the deposit on the Hotel Costs is building up and Celtic FC are on the last 2 furlongs of the Gold Cup and we go for a semi retired jockey who’s recruiting YTS stable hands.

Brilliant Celtic GOLF Foundation day today at Renfrew.Thanks to all concerned.Course and hospitality were WorldClass.
My team would’ve won except it’s been pissing down so much my practice/training has been a bit Rodgers…..

Interesting Steve, the question is Turnbull better than Henderson or has he just played more top team games. Does Tommy have other players who could reach Turnbull’s level if they played regularly? Anyway let’s see what the real transfer window as opposed to the virtual one brings.

Caption : Your move, cannae ma arse is stuck to this ice cube.

Do you remember Global Warming.

Caption: ” We will just finish this game, then tune in to the womenesses world cup, dear.
Cough…..best of three”?

Odd how womenesses take offense to being referred to, for example, if you go into a shop & say ” can i speak to the manageress, yet the english wenches refer to themselves as erm, ‘ lionesses ‘?

Weered,
I’m completely opposed to the womens game, they are just trying to be men.
Some of them carry it off well 🙂