With the Scottish media hell bent on blaming Celtic for the historical abuse of minors in football, it’s interesting to note how a more balanced newspaper views the issue.

The guardian spoke to Andy Woodward, a victim of Barry Bennell, the predator who was recently jailed for his offences whilst at Crewe, in Cheshire.

It’s a harrowing read, but essential as it shows how widespread the problem was, and also how agenda driven the media are in Scotland.

The full article can be found in the link below, and within there are a few details that seem to have escaped the Scottish media, who continue to approach the issue as though it started and ended at Celtic Boys club.

Summed up in this tweet, by Bruce Auld Git..

and only one set of fans gleefully laughing about it, all because they’ve had nothing to attack Celtic with for eight years. Pathetic, especially when that fans ‘ club is on the list.

The other major story this week, TransferTargetGate, has grown wings and is now being described as some sort of industrial espionage. Where millions of pounds are concerned, and the possibility of the club losing revenue, it’s nice to see energy and enthusiasm being utilised to solve the problem.

Could this set a precedent ?

Will the club show the same energy and enthusiasm in their approach to the potential millions lost when Rangers were granted a licence to play in Europe when they shouldn’t have ?

I don’t think you need me to answer that one, but it’s worth reminding them that we are not giving up.

One of the things that annoys me is the way kids are treated by football clubs, bith at amateur and professional level. There is little sign of responsibility, and in any other industry we would be seeing claims of exploitation.

This, a text message from a coach at Hutchison Vale FC, where the likes of Leigh Griffiths are held up as examples of someone who started there and made a career in the game, is perhaps the most shameful example of how kids, through perhaps no fault of their own, are discarded without a moments thought for their feelings, something can can have a traumatic effect on them for the rest of their lives.. 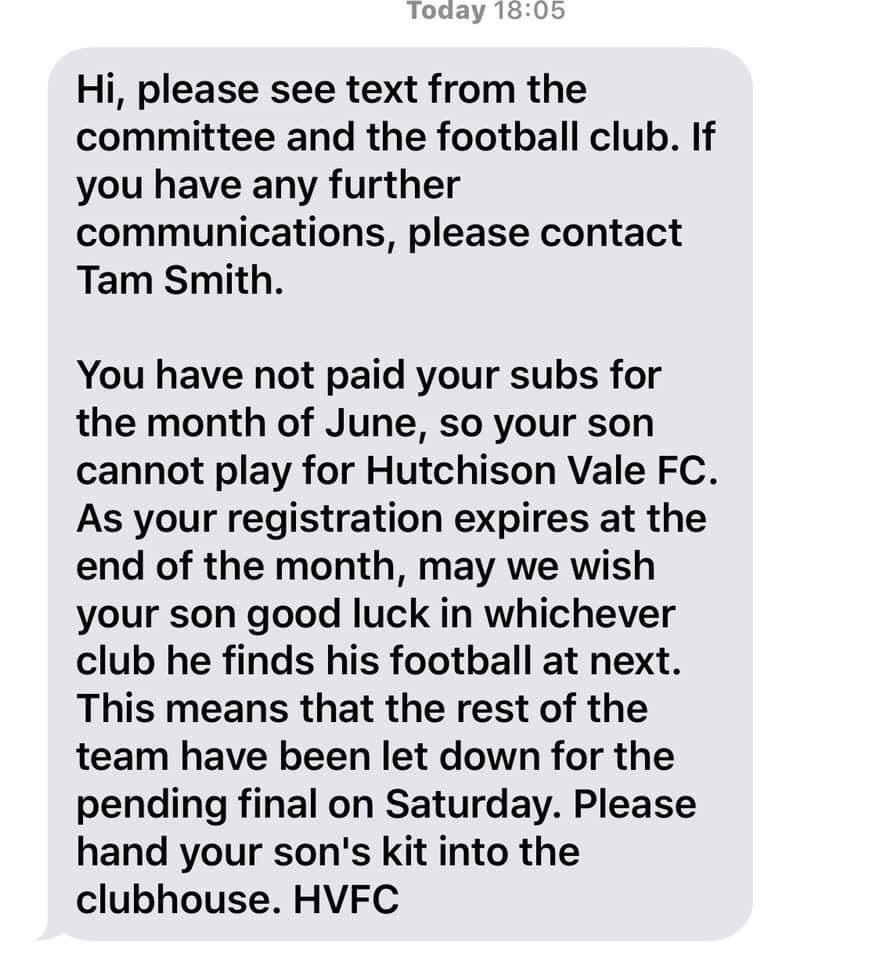 I’ve leave you to think about that. My thoughts are unprintable.

It’s time to say a final goodbye to Dedryck Boyata, who has now departed for Hertha Berlin, after a somewhat controversial final year with Celtic.

The last season has been shrouded in claims and counter claims regarding the player and his attitude. He said, after the cup final, that he wished people knew the truth.

Well, he knows where we are if he wants to talk.

In the meantime, we wish him well.

Players like Boyata, well paid but in a career blind alley, maybe at chelsea, Man city, PSG and so on will look to see how the Belgian kickstarted his career in Glasgow, and that particular market is one that Lawwell and Lennon favour.

When someone wants to kickstart their career, an opportunity to come to Celtic will be one of serious consideration for them.

Emilio Izaguirre has gone (again ) and one or two others will slip away into the night.

As for signings , there will continue to be specualtion in the papers, as piss poor hacks try to fill their pages with guesswork and downright fiction, you can rely on Etims to outdo them in creativity and imagination.

Thing is though, we might even get one right.

We could do worse than ask old boy Liam Henderson if he fancies ditching a career in Serie A with Hellas Verona to join his brother, the latest  emerging and exciting talent from the conveyer belt Academy which has laready given us the core of our side.

The 23-year-old was in the side that recovered from a 2-0 first-leg defeat by Cittadella to win 3-0 at home on Sunday.

“Serie A baby! What a day, what a team,” the Scot posted on social media.

Henderson, who is contracted to Verona until 2022, helped his side finish fifth in Serie B this season.

He had joined the club from Bari, now playing in Serie D after financial difficulties, in August after leaving Celtic.

This lad is still only 23, yet has gathered a lifetimes experience on his travels.

If we are going to bring anyone “home “, this would be where I’d start.

Calling all Rangers fans, here’s your chance to work for your favourite club.

The Ibox side are hiring new staff for the 2019/20 season to work within the stadium on matchdays.

Elior UK on behalf of the club are holding a number of drop-in recruitment days for any prospective employees.

All applicants must be 16 or over and should bring their National Insurance Number, bank details (sort code and account number) and a valid passport or birth certificate.

The recruitment events take place between 4pm-6.30pm in the Ibrox Suite at Ibrox Stadium on June 5, June 25 and July 1.

There is no need to register your attendance, but if you are interested but unable to attend the event then email deniseprimrose@rangers.co.uk for more info.

If anyone wants to email her and ask how much it pays…we may get an indication of the standard of employee they are expecting.

Caption competition now, yesterday we had.. 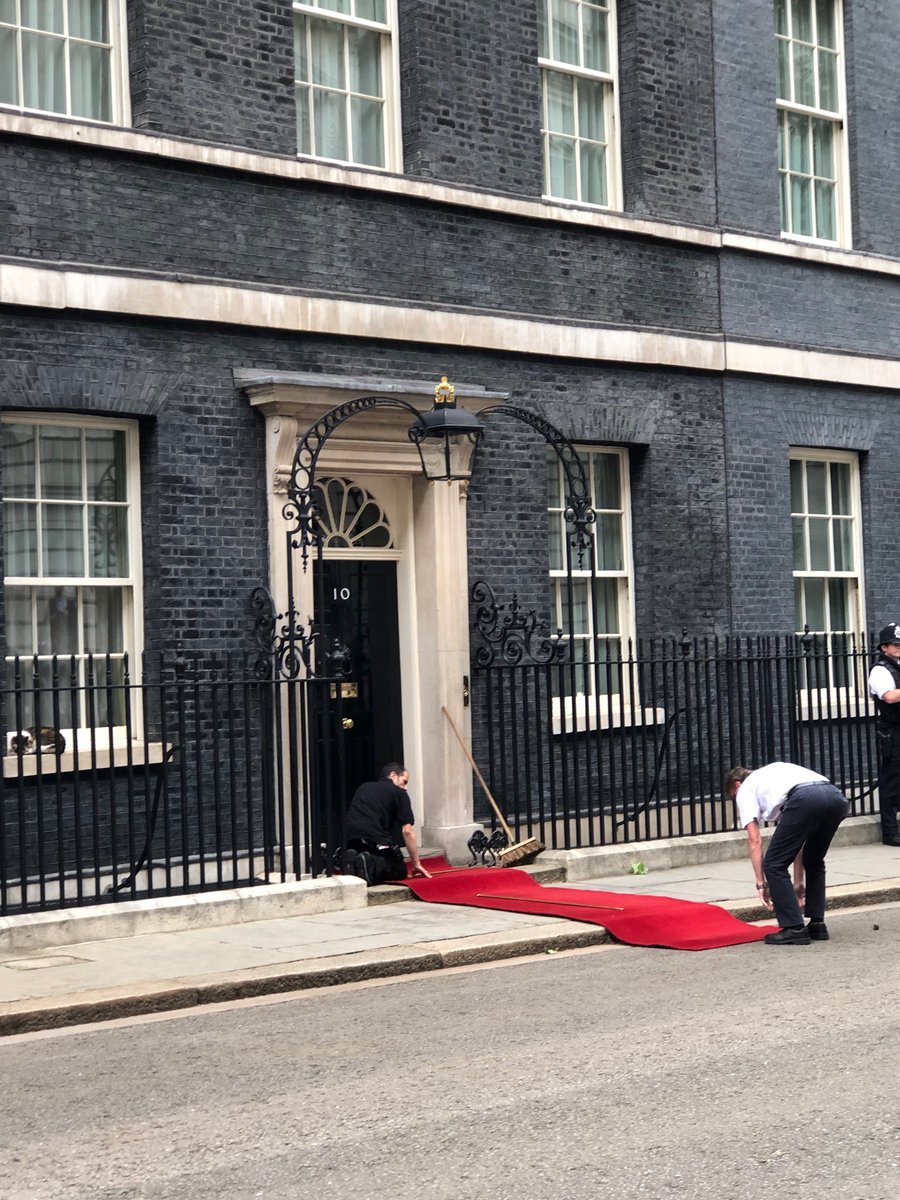 As soon as she steps out, roll her up in it.

Meanwhile, as a fan of eighties revival music tours, I’d like to say well done to the singer from A Flock Of Seagulls, 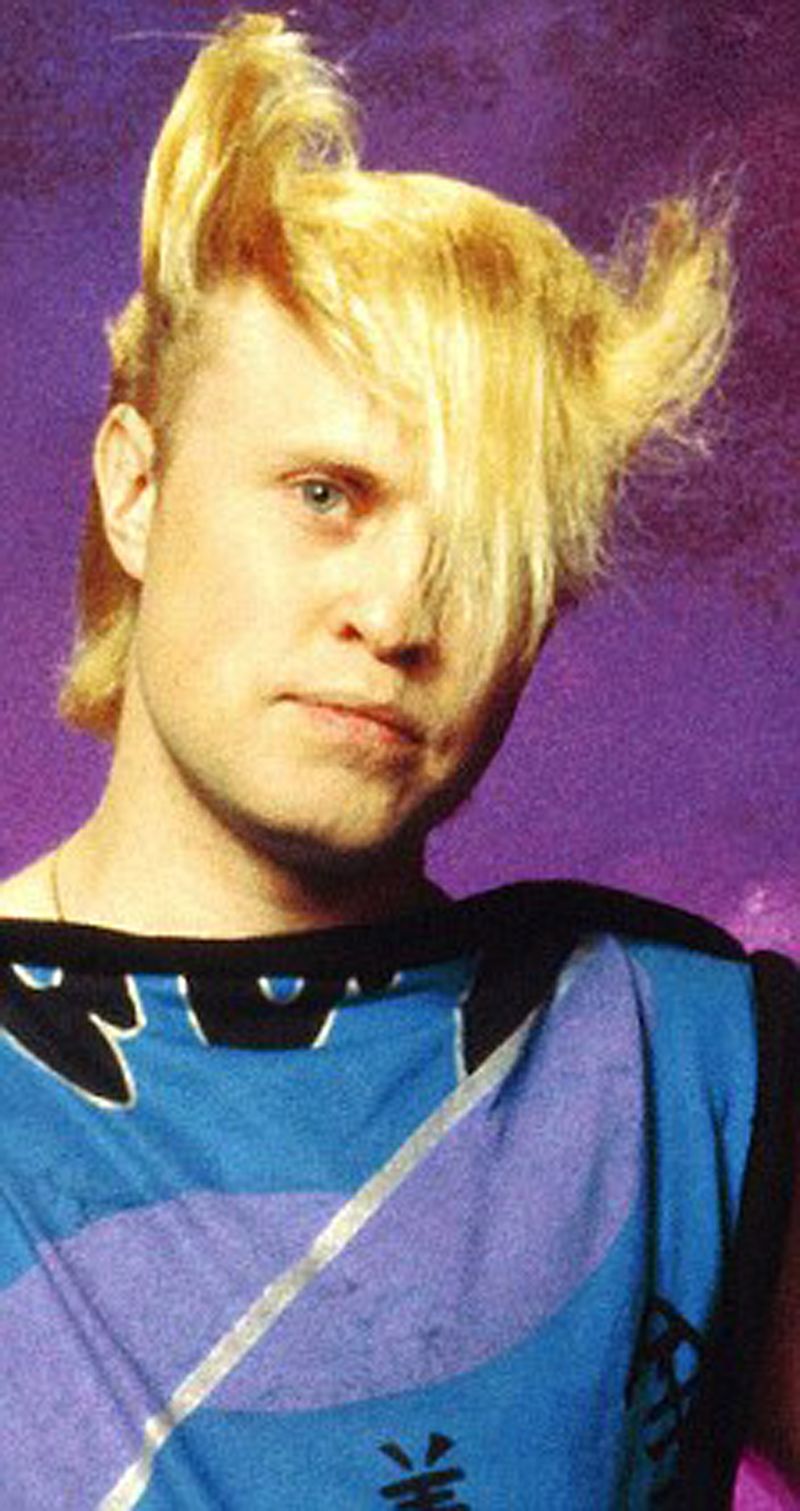 who made a big impact on the London leg of his comeback tour yesterday.. 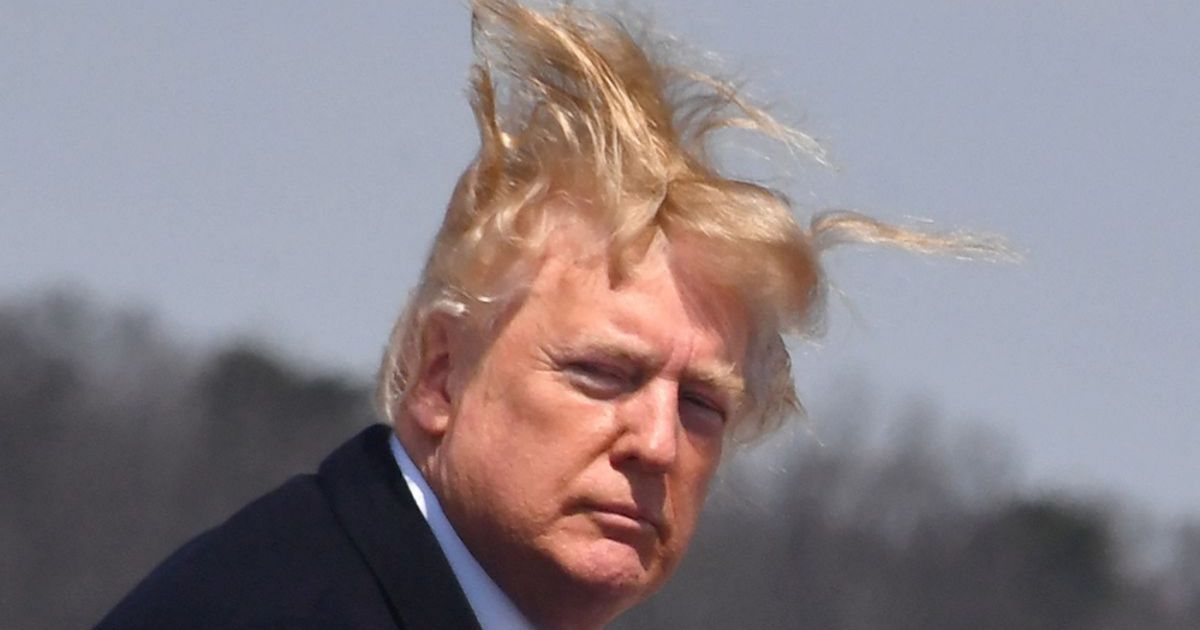 That’s a map of Swindon with The Magic Roundabout,innit?

It’s nearly as old as I am,yet still scares the living bejaysus out of locals and tourists.

Caption! ” No they won’t be marching down Garvaghy Road “

Ralph,
Liam Henderson shouldn’t have been allowed to leave permanently in the first place.
A loan move is different, like Ryan Christie for example.
Liam has ability, no doubt about that.

That Fat Controller is a lying bastard, there no sign

Of the Rangers coming on this map

Caption: Right, Glasgow Council told us to park here so only a five mile walk to Parkhead.

Would you trust Sevco with your bank details, you’d wake up to Close Bros explaining you were guarantor to hotel bills for a Vauxhall League player that Sevco had bought the previous window

But yet those that`re to to are are once again.

caption state of the art sat nav on the sevco superbus

Celtic Park.
I may no know much but i`ve the dubbin pair.. boring right footers. Don`t you think?

We to rental Tina.

Have we signed the Brummie netflix Kid?

Meeting with the downright unmanageable Pedro.

Soak it in the sun and make a strawberry lemon pie?

Caption: We asked for a sat nav and that cunt Lawwell gave us this.

Caption : We asked for a sat nav and due to austerity Lawwell gave us this.

“Nobody gets out of line.”

The term Trump card can refer to any sort of action, authority, or policy which automatically prevails over all others.

One is he from our`s above.

Ralph really really good point about the dreadful child abuse situations effecting over 300 football clubs, only one set of fans are celebrating this, they should continually be ” called out” about their lack of humanity. Every Celtic supporter who gets a snide comment should go on the rant about the life time effects of abuse on children and young people. You will get all the shallow oh ” wait a minute I didn’t mean” then ask them why the victims if McNeely were sent from the 2012 club to the liquidators of 1872. It is the victims who are the most important but those sickenly enjoying it should not be let off the hook.

NL “Having Leigh Griffith’s back will be like signing a £6 million player… eh, no it won’t. And so it begins.

No time for interruptions.This is the Celtic Jungle book.

baloo bloo`s are afraid once again

0
The Cha
Reply to  Steve Naive

and if we re-sign Izzy and Mika this will take our total spend to £10m, so surely we won’t need to spend anything else. 😉

For me Griffiths should start the season as the 3rd choice striker, as there’s no guarantee he’ll be able to handle it any better than last season.

This probably means that we need to sign another proven striker as there’s no evidence that Bayo is up to it.

To not do this, risks being in the same position as the last one and leaving it all to Eddy and if anything happened to him…

If Griffiths comes back and forces his way back in permanently then great but to rely on this is reckless.

Caption: Mike does his Little Bo Peep routine every winter

Port.. Gday to you sir. WTF ARE YOU TALKING ABOUT 🙂 YOU LOST ME WITH SHITE

Genius mr park, Celtic paying for sevco’s existence and every Hun giving you the credit and buying all yer motors

Is there a reason keepers lose their will to pass to their own?

Bain shite it.Why though,when he was fine?
Was it `cause Broony played deep for the rest of the season?
That was the season`s gamble with the Captain.

Well o`well.Shirley it is our spine. Virgil was Pedro`s bonus x change.

Medication tim. Watch what is.

Even the moderators know…it`s goin` to be misery with more win to celebrate?

Come those who don`t understand.
Neil is here.

He stood and loved it at Hampden Park. You could see.

Caption “Another Celtic transfer master-plan makes it into the public domain”.

I’ll pay the boys subs get me in touch with Hutchison vale. I used to run a club we had a payment schedule for struggling families. Serious about this

Put a post in regarding paying the young boys subs get me bank details.

Over here especially in Sydney struggling families are seeing their kids miss out because of highly inflated subs. Fucking over it working class kids who are generally the source of genuine talent are being overlooked. The game has become a middle class environment, how many world class players have come from privilege? Or decent players for that matter. It’s the boys who have fuck all else but football who are genuine talent. Pisses me off

We are all tam smith. This level of embarrassment to this young man is unacceptable, his dignity has been completely compromised. I don’t know what’s going on in Scotland regarding fees for playing. It may be a slack parent who doesn’t give a fuck it may be a case of a family living hand to mouth desperate for help. I don’t know. But to me it’s a worldwide scourge of marginalising poor people. Fucking hate it and it has to stop. From the poverty on our planet geniuses are made looking for an outlet. Our game is turning into a sport for the privileged we are churning out over coached players with scant imagination. Hate it. Garrincha maradiona. Johnstone best all from struggling families. Its the people’s game. Don’t let this Starbucks mentality ruin our game

Caption:) Scottish orange order trial the new maps for their followers on the re-routed parades