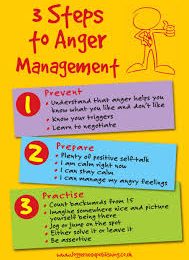 Ralph Malph / March 19, 2019 / 4 Comments / Fiction, Latest
Brian 53 has another wee snippet of fiction, another wee story where we have to look behind the words.
This time, I’m not sure its entirely fiction
The coach stood in a daze, staring without moving, in a trance.  This can’t be happening he thought, they told me they had a good basis for a team and that they would bring in quality players for me to utilise.
WTF was I thinking?  I had a cushy number coaching the weans, what with epl teams buying up all the worlds young talent, it was a doddle.  OK I know I hadn’t started to well but I could have been a contender.
Someone, more or less bumped into him bringing him back to the present,  his mind was all over the place and it took him several seconds to realise where he was.  As the sectarian chanting broke through his dull mind it all came back and he realised that his worse nightmare had come true.  No fuckin trophies!
He immediately fell back on his training (the training they had drummed into him every night at the lodge) and pointed at the match officials and screamed “what about the penalty, you never gave a penalty, how the fuck are we suppose to win games without penalties”  The officials looked at him in shame, shame that they could no longer help after the ‘son of’ match, were ‘son of’ had went berserk and had somehow lost count of the penalties he had given, that he was allowed to give.
Shame that he was a useless manager that couldn’t guide their team to victory, particularly when they allowed more or less!
He had been told if that didn’t work that he was to turn on the players, so he spun on his heels to tear them a new one but all the players had left the field.  The stadium was empty and silent.  He noticed the greatest goal scorer that had never scored in an important game being interviewed in the tunnel, he knew what he had to do.
Marching up the tunnel he gathered his thoughts, It was surely a penalty, the players were to blame and of course there was the state of the pitch. He was going to tell them how it was.
In fact, he would tell everyone how it was.
Over and over again.
No one had questioned him so far, he, after all, was the manager.
But the inner rage was building, and he knew he was approaching the final reckoning.
The day was near, the day when it would be him or them.
As he approached the camera crew he tried to calm down but he couldn’t, he was Seethen.
newest oldest most voted
Tumbleed Tim @...@@..........

Nice wee vignette. You picked up on something which oul’ Slippy does all the time- adjusts the narrative to duck his responsibly for any negative outcome. I’m looking forward to his leaving interviews.
And no sweary words! Is that permissible in this 21st century world of lazy language?
Well written.