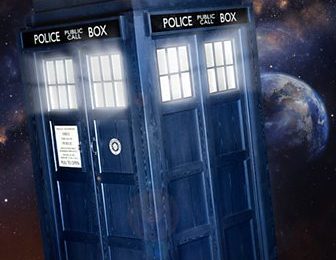 A little light reading after the excitement of the last week. Brian 53 sends us this imaginative look into the future..or is it not quite that far away ?

Who was near the top of the table close to the sharp dressed man. For years he had come back as a man but the bbc had messed that one right up and now here he was, a bloody fly. Well Who thought, ‘I suppose it has it’s benefits’.

Who jumped as the sharp dressed man banged his gavel. Order, order, I declare this meeting open on Thursday 17th August 2023. “As you all know that since we applied and where accepted into the English League Two at the end of our Treble Treble season, Life has been extremely difficult.

Our first game against Leicester this coming weekend looks like it might not go ahead. This is due to both the local and national government, along with all the clubs in new Scottish EPL (Establishment Premier League).

Parking restrictions around Paradise have been extended to a new 25 mile radius.

The EPL march around Parkhead was sanctioned by the government only yesterday and supporters of all Scottish clubs are encouraged to attend. The purpose of this march is of course to disrupt the game. The marchers will be bused in from around the country as all public transport has been cancelled for that day.”

Who could only buzz and buzz, flying around the room.

The manager raised his hand, “yes Scott”, “Somebody kill that bloody fly” said the manager. All in good time Scott said the sharp suited man.

As the room became a mass of rolled up agendas and lethal spray, Who only just managed to get back to the Tardis.

Luckily for Who the Tardis shrank to fit the jersey and he placed his thingy on the Tardis go button. The dials had been preset and he should get back to today in a flash. Two thoughts passed through his antennae, not as a fly please and fuck the BBC.

As the Tardis reappeared in 2019 he heaved a sigh of relieve as he realised he was in human form. Right I have to get to Paradise and warn the sharp suited man before it’s to late. He made his way to the half open door and stopped as someone entered the room.

Who looked up confused, the noise was deafening. The man realising his confusion explained the uproar

Who could only buzz, relegated in his first season, well part season.

Who thought “I wish I was fly because he would never have let this happen. Who turned and went to re-enter the Tardis,

The door to the Tardis slammed shut and made tardis noises as it slowly disappeared.

Who stood gaping at an empty space, was that the sharp suited man he had just seen?

Smiling as he left in my bloody time machine? what was he going to do now?

He blamed the fucking bbc.

Vote Up0Vote Down
← Celtic Diary Sunday March 3: That Was The Week That Was
Celtic Diary Monday March 4: Media Deflector Shields At Full Power →