The silly season is a term applied to the news vacuum that surrounds what is known as a quiet news period, which considering the transfer window is open, its a little surprising that the current news output has become more of a downright stupid season.

The main story just now is the John Beaton nonsense.

A story which appeared on the Press Association wire, with no verification, no direct quotes and thus presumably no substance, has grown arms and legs and like most lies is winging its way around the world , leaving the truth stumbling around trying to find its shoes.

Its how the media works.

The narrative today is not whether or not its actually true, but how shocking it is…

There are several articles sympathetic to the referees, others wonder if they should go on strike, and there are even some who wonder if its worth being a referee at all, taking the line that without them we’d have no game to watch.

All based on one PA puff piece, which still lacks a single piece of verification.

Its escalating, as there are now retaliatory threats, and this time, there is a direct quote from the victim..

“I don’t want to go into any detail as this is a private matter and it is now in the hands of the police.

“Suffice to say, I have seen what’s been sent and it wasn’t a particularly pleasant thing to receive.”

We can therefore deduce that he has received some sort of threat, as he’s told us he has.

Compare and contrast that with the Beaton fiasco, and note also that Beaton has not confirmed the threat, and there is still, days later, no actual evidence or confirmation of it.

Though , as Keith Jackson slipped into his article today, those abusive texts have morphed into death threats

But there are more and more instances of Beatons  perceived bias coming to light..

He stated the 4th official was shouting for a foul in lead up.

As Boxer T spotted, look who the fourth official was..

But  whats most important here is that the  the irresponsible reportage, from Andy Newport of the Press Association, has led to what appears to be a credible threat to a journalist.

All because a cheat has been caught cheating, and there are several more examples of it leaping back into the spotlight.

Elsewhere, and it looks like we can welcome Timothy Weah to Celtic..

his contract has been extended at Paris St Germain, and that seems to have been part of the reason for the hold up. There is some confusion as to whether or not its a six or eighteen month loan, but he’ll be here to push for eight in a row, and at the moment thats the main thing.

He joins Oliver Burke, on loan from West Bromwich Albion, who will be here for six months to strengthen an attacking line that had become rather lightweight of late.

Burke can’t get a game for west Brom, he used to have the twitter address of Oliverburke55,  which hinted at an affection for a club no longer with us, but if you go on to you tube you’ll see him score a goal for Liepzig against “rangers ” and the first thing you will notice is how bloody quick he is.

Actually, its here.. from this time last year as the Germans crushed “rangers” 4-0 in a friendly

He won’t be the first player to don the hoops with a leaning towards our former rivals, and he won’t be the last. but he might be the one that makes a difference from now until May, and he should be given every bit of support to do that.

Burke is only 21, and few of us were aware of that. He’s been around a bit and despite initial misgivings, has more than enough potential to make a mark at Celtic.

Another who may be on the way is Honduran Alberth ellis, a versatile forward at Houston Dynamo. Thats Houston, Texas, not Houston Renfrewshire, where all the space rockets live.

£6m is the offer Celtic have apparently made, depending on who you believe, and the player wants to come.

Stephen McGowan of the Daily Mail has said he isn’t coming , whilst those trusty ranch hands who send us emails, texts and whats app messages reckon he is.

He certainly looks the part, but we’ll wait and see.

There’s little sign of any incoming defenders though, but its only January 7, and despite rumblings that Peter and Brendan are rolling up bits of paper in the canteen and throwing them at each other, it appears that they have decided to be professional about things and get on with the job, and the word is still that its going to be a great transfer window, despite a few early teething problems.

Good to see that KDS somehow knows that Celtic and Liverpool are after my wee brother, but me and him had no idea

The array of comments in the press from experts -lol, experts-  seems to indicate that things are more or less going to plan, with Kris Boyd doing his level best to get a disrepute charge telling us his thoughts on Scott Brown

Kris Boyd has claimed Scott Brown won’t ever return to Celtic if he leaves when his contract expires at the end of the season.

Aye, he would know, of course.

“It would be a big blow if Scott Brown left,” Boyd told the Sky Sports Transfer Talk podcast. “I find it a strange one to be honest, the whole scenario.

“Whether it’s Scott Brown coming to the end, which every player does I know that, but he’s been such a servant for Celtic for the last 10 years.

“I think if Scott Brown leaves I can’t see him coming back ever.

“When you get people like that – now I know he really wants to do his badges and get involved in the coaching, he was already doing it before Brendan arrived, but Brendan talked him out of it to fully concentrate on his football.”

A bizarre claim, but they usually are from Chubs, who is still wondering why Steven Gerrard hasn;t reserved him a room at the burgeoning Old folks home over at Ibrox.

Their deal with Jermaine Defoe has been sort of confirmed, as indeed was Defoe many years ago, and the former England international has already been on twitter helping the peepil to remember who he is..

He might want to go a little easy on the praying, especially if he crosses himself first…

You’d think someone would have told him….

Defoe , along with his new manager, who shares his agent, is an EPL legend…

It’s not going to plan for Tom Rogic and his pals.. 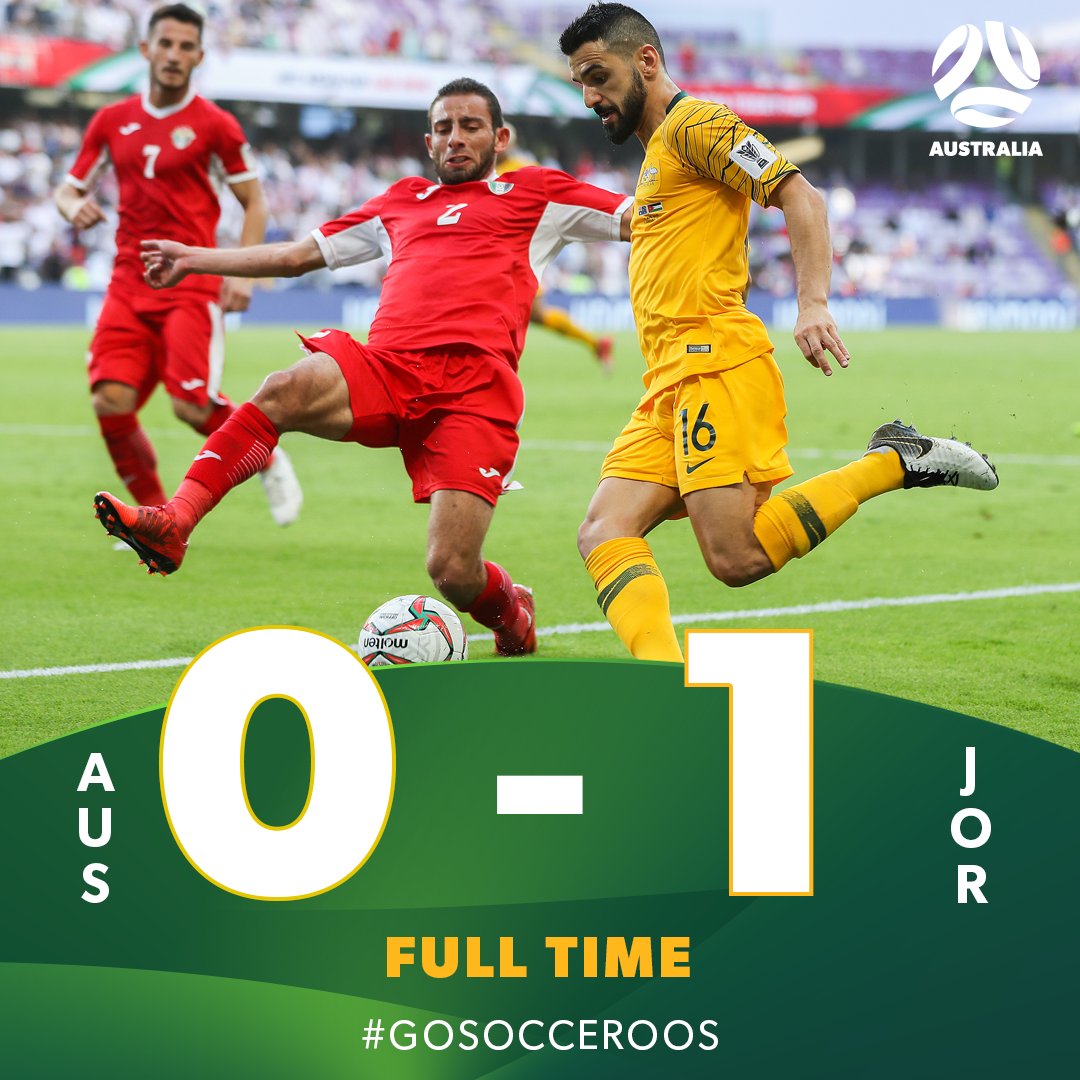 with an honourable mention to..

By the way, its not just me who thinks we are in a sillier than usual season… from Sentinel Celts..

thank fuck a thought a wis losin it ther he he

I read them as well.

Good stuff but I never realised what an atrocious speller Fergus was. 😉

Caption “Get through this soldier and you get to abseil from the Sandy Jardine Stand on remembrance Sunday!”

the full monti wae an armalite

naeunda weah has got nae underwear

Christina…following on from yesterday’s comment about Pangur Ban’s One Shot Paddy how about todays caption picture. One Shot Billy.lol

What a fuckin country,is there anybody in this shitehole who doesn’t make money from lying and corruption?shameless Scottish cheats

Re Beaton “Foul! Foul!” At Parkhead.

Remember this is just an uncorroborated claim by Slippy G and he has form for lying eg “this has been happening to Rangers for years” etc.

If he was lying then this would lead to a charge of bringing the game into disrepute were rules to be applied fairly.

RALPH It beggars belief that an unsubstantiated report gains legs to become a national scandal,the most discussed item in print,radio,tv reports on the game in Scotland. What IS a national scandal is how they have all leapt on it,conveniently deflecting from the real problem,that of endemic cheating by the very people whose integrity is supposed to be beyond question. Jackson says that Beaton “needed a security escort to work” on Saturday,and shows him alongside a police officer. In the bloody tunnel! Who was gonna attack him-the physio with a magic sponge? It was bloody Ayr United,ffs. An absolute joke,and paid… Read more »

Caption.
Dave (glib) King. So the TOP thinks the cold shoulder bothers me.
I’m no even botheted about ma frozen assets.

Caption: Action Person Millennial – their hands can grip the letter of complaint written by their parents, their moving eyes go up and down as you offend them with your ignorance regarding LGBTQ+ issues, their voice with antipodean end of sentence inflection has 3 phrases: “So have you travelled….no not been on holiday travelled?” “Have you a gluten-free alternative to couscous?” “Calling me a snowflake is damaging to my sense of identity and mental health.”

Caption: At one time Sevco fans would only put their shirt on winning the league.

The new live action Winnie The Pooh film turns sinister when Christopher Robin decides to go on a bare hunt.

Caption: See if you can shot with Pringles in your arse.

Caption…One shot Billy with his frozen balls and shrivelled wully.

Were is the proof that Burke is a closet Rangers fan, personally I would rather Celtic didn’t sign players that say they support Celtic or Sevco

What’s wrong with a Celtic fan signing for the club & saying he supported the club?

You will find the Marksmanship Priciples at SPAR Monti

Probably not far off the mark JimboH 🙂

Snowflake,
Gambling may not be THE main issue of concern for Leigh, but there is evidence which indicates gambling is an issue for him.
btw, Ralph has viewed the evidence.

Now go back & hide behind your fleg!

Aye let’s just totally ignore what Griffiths has publicly stated and go with pure conjecture.
He’s owed an apology from some within his own “Support”.

Caption Green Brigade blamed for more mayhem by a concerned press The smoke and mirrors campaign is in full swing, Maxwell at the SFA showing his true colours. Every bad decision by the football authorities, the referees, the media, the Polis, remember Janefield Street now has to be called out by the Board, OK we are paranoid, lets get into paranoia mode and show what damage the Green Pound can do Love how some in the media in a sleekit way are implying Sutton brings it on himself. Do not buy their trash papers, avoid media packages, think abou the… Read more »

CAPTION: Let’s hope that the sniper doesn’t get stuck in that fox hole…

Caption
Hunter aimlessly looks for the bear wearing his onesie

Caption: hunter in the woods not only for the hunting!

RT @AamerAnwar Horrified at 🇺🇸 #GeorgeFloyd dying as he struggled to breathe whilst being knelt on by a police officer, also remember #ShekuBayoh said “I can’t breathe” whilst being held down by up to 9 officers until he died in Kirkcaldy 🏴󠁧󠁢󠁳󠁣󠁴󠁿 3May 2015 please support crowdjustice.com/case/justice… pic.twitter.com/oCDme5ve8M

RT @heraldscotland NEW: A new poll has put support for Scottish independence at 52% - and suggests 20% of No voters from 2014 would now vote yes heraldscotland.com/news/18500…

RT @MargaretMcCorm2 This guy has done a top job recording the nine...Kudos. All of the nine in forensic detail...Retweet if you see this (I don't have the followers) and get him the recognition he deserves youtube.com/watch?v=xMBgPX…

The rather dashing @kevinbridges86 gig from Glasgow a few years back just starting on the Comedy Channel. Get it watched.