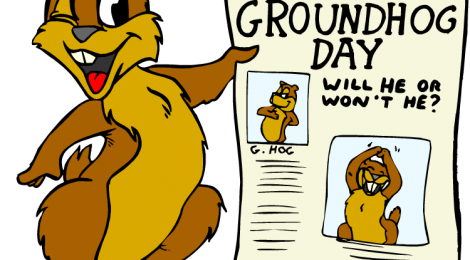 I wish I’d said that…

Excellent article,mate. I agree with every word. Thank you.

Been saying it for years.

He’s a parasite. His board are an oligarch. He works in a system that ensures him riches beyond his worth. Why would he upset all this for the sake of transparency?

He joined their ranks long ago and hasn’t looked back.

Another 2.3 million secured above an already over inflated remuneration package.

I gave season tickets up because of him/them and refuse to even consider paying towards it until we see radical changes. Changes that will not happen, unfortunately for me.

It’s the same old patter with you,Sevco the Cheats ,same as refs,think it’s time you started giving it tight to the Celtic Board and Brendan Rodgers,the club is financially sound and that’s good,but for other things signing players,etc they just not got it,the mob across the other side of the city,are adding another 4 players to there squad,were for the last 3 days we have been haggling for a striker,and nothing is happening,as I have said on another site,our club need to get rid of a lot Celtic Board people,get younger Celtic Fans on board with plenty of ambition take… Read more »

Board under serious pressure for the first time in 20 years, it isn’t about them it’s about US.

Board is under pressure & it is about them , SFA , Refs & Assistants & compliance Officer

Advance apologies, Pal, as I can’t get to the end of it; I’ve maybe seen it all (thought it all) before! De’ javu indeed? The ‘back of the bus’ is not, and never has been, an option for me. Sean South from the front seats was fine tho’, but NOT to put someone’s nose out, more fun, initially. I ‘comfortably’ live in England but my heart has never fully moved South with me. Let me just say this, (and hopefully I’ll repeat it ‘tomorrow and the tomorrow after that’) : I’m a Tim through and through. Someone whom Brother Walfrid… Read more »

First Step is letting them know vocally at the next few matches – possibly Green Brigade with a well thought out banner letting them know that enough is enough If that does not work – then hit them where it hurts – in the pocket of the club for a while don’t buy any hospitality or pies or paradise windfall or merchandise. Also call out the Uncle Tom’s in the media for what they are and ask them to stand up for a change. Andy Walker Charlie Nicholas, Hugh Keevins, Peter Grant stop taking the establishment soup and call this… Read more »

Aye, San Miguel, that’ll have scared the livin’ shit outa them, eh? The GB DO NOT need our advice, just our BACKING. BUT, I feel a change in the air, I feel a major change……I feel a fucking revolution…… I shall, therefore, advise the GB no more, I never did 🙂 but by fuck I’ll back them. IN FACT, I want the GB to back us. I’ll feel safe if the GB are covering my arse. This could be “forward they cried from the rear, and our front rank wo-oooo–oo-nnnnn, listen Son said the GBs gun, we’ll not spare aannnnyyyyyyyy… Read more »

Agree with this excellent article 100%- as my recent rants in various places will confirm! Question is what can be done? Surely we must be able to get it across to Peter Lawwell the strength of feeling among the Celtic support on these issues? I’m not saying he doesn’t know already of course he does but having read loads of articles on Celtic News this morning – including Chris Sutton’s excellent piece in DR – then it is glaringly obvious that fans want some action. We want a bloody statement from our silent Board on the blatant cheating now taking… Read more »

Question is what can be done

for fuck sake. We are shite in defence, level with the hunz, need 3 strikers, 2 centre halfs and a midfielder and celtic are getting OUR season ticket holders to finance Shamrock fucking rovers.

FFS, ‘Tina, “back on track”, we’re TOTL + GIH.
Oh, and we’re still in Europe.
Oh, and LC winners already!
Of course, you’re partially right too. But our biggest battle is to primarily bin PTBL and replace him on about 1/7th of his grossly OTT remuneration; next is DD in the ‘cross-hairs’.
Any/all replacement MUST be CELTIC-minded and absolutely accountable, perhaps quarterly; also, it seems to me that TicToc should get free family season books for all of his world-wide 77 children and courtesy alcohol anywhere in CP and thereafter to Moe’s Bar in Springfield, Ad hic infini hic tium HIC, an Barnie agrees…..
HH

SACK THE FUCKING BOARD!

Oh, Ralph, I’m no longer getting updates/new comments from eTims although new POSTS seem to be fine.
Any ideas?
If I’m being selectively binned that’s fine, I wont fall out about it.
We are better than that.
WE ARE THE CELTIC.
HH

Since the late fifties I have heard the same “noise” it only abated when the Big man arrived in the early sixties. Of course the noise was heard before him, it quietened somewhat during the legendary time of McGrory. So nothing is new, but much has changed, like the “Rangers died and went to Hell. Social media allows many to talk on many different forums and everyone has a different opinion, the loudest “Noises” scream to be heard and taken seriously. But does that make their opinion anymore expert than others. For many in Scotland, their whole World was torn… Read more »

Timposter, aye, decent article and Well Done for putting it out here. Then the dreaded BUT 🙂
Well, not to disappoint, the “but” is this:
You ended with:
“And thus it will ever be.”
Just what TF do you mean here? Arsehole TB Lawwell wins?
Arsehole Dermot Desmond wins?
Timposter, you’re playing right into their fucking hands.
Are you a plant for dummies?
A board-sanctioned plant for dummies?
Hmmmmmmm! I hope not, but I look forward to your explanation in the super-optimistic belief that you DO create an intelligible answer and that Ralph either clears me or blocks me. I can happily deal with either.
FC not PLC
HH

If the current incumbents think they can fuck us around they better think again. Have they forgotten what happened during the White/ Kelly regime? You could argue we’re now becoming victims of our own success, we win trophies and we’re pacified as doing the business is all that matters. We need more, not unrealistic things, just what we deserve. If the board think anything else then they’re in for a surprise. If they don’t start defending the club and make a mess of the transfer window my own opinions is that the cannons need to be pointed directly at them.… Read more »

Agree 100% with this post. getting better is not going to come from this comfort blanket of “oh we went to ibrox and got our balls kicked boo hoo”. Its time to wake up and smell the coffee.

Just for clarity the “ them” I was referring to was Sevco, it is about our Board at the moment.

Excellent posts. Can’t disagree with any of it. Christina, first class post, as well as others. All these issues should be addressed by the Board, whose duty it is to protect our Club, players and fans.

Well here’s another ‘tack’. Attack. 1st what’s wrong. Reading all that wet shit, “we” must do this and “they” can’t get away with that, well then you ARE into Groundhog Day, you’re feeding the fucking Groundhog. BUT, there IS an alternative, starting with just a few, dedicated personnel (with many in waiting) and I’ll be one of the first. Gridlock Lawwell’s (heated) drive and his neighbours’ access and he’ll see another fucking ‘heated driveway’ view. Simultaneously block simple motor access to CP. In conjunction, block access to Hampden and organise protests there and around the homes of the SFA/SPFL, referees… Read more »

P.lawwell worked at hampden for years hes got himself involved with the corruption thats why he cant open his mouth because hes just as bad ss them lot at hampden its now time CELTIC fans toget something sorted a march to hampden our paradise and let these corrupt bastards know that the fans will stop paying into watch a rigged game yo suit the money grabbing corrupt bastards sfa lets start with boycotting Scottish cup hurt there pockets before its tolate lets bring these srsehole down now..hail hail

And now we have another winger, another loan deal … How does Burke address any of the glaring deficiencies in the squad. Is a right back? Naw. Is he a centre-back? Naw. Is he a dynamic midfield dynamo? Is he the third, or second striker we need? Naw.

From the BBC -“Despite his price tag, Burke has not started a Championship match this season, making just three league appearances as a substitute.”

The gnashing of teeth regarding our governing bodies and our fantastic officials monitoring our game and bending the rules to suit their agenda, yes that is an issue. But the real issue is a lack of respect by the board at the club that only bother when revenues are reduced, they do not care for the club or its lifelong fans. During the Kelly/White era, it was lump it or like it, as they ran Celtic Park like a sweetie shop, the one shining light from that era was Jock Stein and Bob Kelly. When the rebels took over the… Read more »

I think its almost time for us Fans to get involved. We need to get organised , maybe with a week long blockade of Hampden to get the ball rolling and get some major media types involved. Im only one man with 1 van , but another 20 or 30 and we have ourselves a convoy.Might help focus some minds. anybody up for it ? totally peaceful of cours . but chained to the van so they cant move me easily.