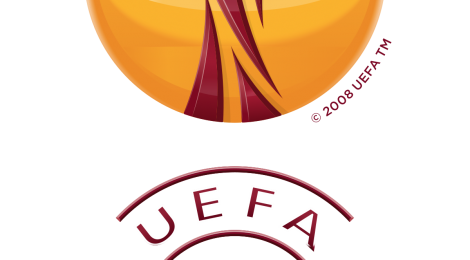 Uralius looks back at the first Leipzig game, and previews this weeks return match..

As always I make up evidence, have none or am just completely uninformed. I enjoy being a complete loudmouth and will share all of my opinions whether you like it or not.
So Leipzig have come calling….
What happened last time out?
Well if you read the opinions of all of those who are more experienced and far better informed than me, you might think that this defensive player was at fault or that midfielder, but that’s all a load of tripe!
I’ve heard that they had a weakened team and even with our couple of injuries we should’ve easily beaten this team (with no history) made up of multiple internationals from a squad worth £248m.
Here is something I wrote in the aftermath of the Leipzig game….

I have heard an awful lot of complaining that they rested players and we played against their B team, but then I decided to actually do some research. I figured “we have to play them again so it won’t be a complete waste of time.” Here is my research of the 11 players that started for Leipzig.
Yvon Mvogo – 124 appearances for Bern Young Boys from 2013 until 2017. Travelled with Swiss International team for the 2018 World Cup.
L. Klostermann – 72 Appearances for Leipzig and has represented Germany at U17, 19, 21 levels and was a silver medal winner in the 2016 Olympics.
Willi Orban – 68 appearances for FC Kaiserslautern (FCK or ‘Lautern) between 2011 and 2015 and 73 appearances for Leipzig since. Has represented Hungary on 2 occasions this year.
Dayot Upamecano – Cost Leipzig €10M Jan 2017 from Salzburg. Represented France at every level except the senior team playing for the U21s while still eligible for U18 and U19s. Personal achievements include: 3rd 2014 Aegean Cup (France U16) named the competition’s best defender. 2015 UEFA EURO U17 champion, named in the team of the tournament. Shortlisted for the 2018 Golden Boy award.
Marcelo Saracchi – Bought from River Plate 1 July 2018 for € 13.5M he played 19 games lifted the Copa Argentina and the Super Copa with River Plate and won the Sudamericano @ U20 level with Uruguay in 2017. 2 Senior Caps.
Marcel Sabitzer – Made a total of 90 appearances with Moedling and Rapid Wien in the Austrian Bundesliga between 2010 and 2014 before moving to Leipzig on a free. He was immediately loaned to RB Salzburg where he won the Austrian Bundesliga and lifted the Austrian Cup he currently has 29 senior international appearances for Austria having represented them at every youth level.
Konrad Laimer – Is a product of the RB Salzburg youth system starting out in their feeder club FC Liefering where he made 19 appearances over 3 seasons. He then graduated to RB Slazburg where he made 57 appearances over 3 seasons. He moved to Leipzig in June 2017 and made 21 appearances. He currently has no caps, but was named in the senior squad for the 2018 WC qualifiers aged only 21. He has represented Austria at all youth levels.
Kevin Kampl – Purchased from Leverkusen for €20m. He made 74 appearances for RB Salzburg from 2012 until 2015 winning a league and cup double in 2014. He then moved for a fee of €10M to Borussia Dortmund (turning down Leipzig) where he played 14 games in a half season. He then spent 2 seasons at Bayern Leverkusen where he played 53 games. Finally Leipzig got their man and he played 26 games last season. He has made 28 appearances for the Slovenia senior team after representing them at U20 and U21 level.
Jean-Kévin Augustin – A product of the Paris Saint-Germain youth system he made 23 senior appearances for PSG from 2015 to 2017 before moving to RB Leipzig for €13m. He was named top-scorer and player of the tournament in the U19 2016 World Cup in Germany and played 25 games for Leipzig last season.
Matheus Cunha – I couldn’t find much information on this chap. He played for FC Sion in Switzerland. In 2017 he moved from his Brazilian Youth Club Coritiba FC U20 to FC Sion where he made 29 league appearances scoring 10 goals and gaining 8 assists. Apparently Leipzig saw his stature, strength, pace and his keen eye for goal and decided he was worth €13.25m. Sounds like a Brazilian Moussa Dembele to me.
Bruma – Armindo Tué Na Bangna came through the youth system of Sporting Club Portugal (SCP) he made his debut in Feb of 2013 for the SCP senior team and went on to make 13 more appearances before the end of the 2012 – 2013 season (not bad for an 18 year old). After a contract dispute he signed for Galatasary for €10m where he played 7 games before suffering a serious knee injury. This saw him sidelined and eventually loaned out to Real Sociadad where he played 32 games. He went on to play 30 games for Galatasary 2016 – 2017 season scoring 11 goals. He joined Leipzig in the summer of 2017 and 4 months later scored his first full international goal at Hampden contributing to a 3-1 trouncing of Scotland. In the FIFA U-20 World Cup he was awarded the Silver Shoe (aged18) and in the UEFA Euro U21s he won the Bronze boot in 2017.
So not all “reserve” players are created equal and we cannot just assume that because they are not first picks they are at a level below our first team. The gap between the backup at Leipzig and the first team is very small, but at Celtic it’s considerably larger. If we look at the kind of players they are bringing in we should be comparing them to the likes of Southampton beatable, yes, but only with our top players and very few errors.

Ralph thanks for your vote of confidence!

Monti thanks for your kind words.

Hector I read your comments before the hiccup in the Matrix, and I was very, very close to suggesting that’s how we would play. I decided against it merely because I haven’t seen enough of Ryan Christie defensively and I am unsure as to his ability to spot, anticipate and track runs.

Uralius, this is excellent stuff, well-done. I couldn’t figure out how and why Leipzig changed and became effective,in just a few minutes. Noo ah ken! Keep up the good work and take credit for some good writing. Well-done. This is what I like to see on this forum. Tactics, formations, lineups.I’m optimistic about tomorrow night. 2-1 to the Bhoys.

To be honest i wouldn’t change the starting 11 from the hearts game. We seem to have worried more about the opposition than what our own strengths are. The dynamic to have 2 defensive midfielders than having an extra offensive player would be advantage Leipzig in my humble opinion
Let’s go toe to toe and see what happens.
But if your formation is the right thing to do, then I would play Ajer as the defensive midfielder in his most natural position and not Mulumbu.
I think the bhoys will win if they stop the stupidity when in possession. Be brave,be strong,
Be Celtic.

4-2-3-1 Should be the go to setup for Europe at Celtic. Under normal circumstances. Tomorrow’s game is by no means normal circumstances,we need a win and we are currently without our Captain and first choice Defensive Midfielder. Mulumbu has been out for several weeks and McGregor has been something of a revelation in there. He has been the focal point for all things positive these past few weeks and his linking up form defence to attack has been excellent. Brendan has already stated we need to be positive and going for it. So I see little deviation from the tactics… Read more »

You know that’s a 4-1-2-2-1 WIDE right? Honestly it was a toss up for me between Christie and Mulumbu. I think Ntcham has struggled in too many big games recently to put him in. He has also been injured. My concern is he feels like he is in the shop window and feels like every European game could make our break his big move.

Ntcham not for me over Sinclair
No need for Ntcham he is too alike to Rogic and McGregor. Sinclair to turn them round they will be afraid of Sinclair more than Ntcham.

If Sinclair was at the top of his game then yes I would agree but for me he isn’t and has only showed his old form in patches this Season.
Ntcham can be a game changer whilst McGregor is playing a different role.
3 good passers in MF and two quick wide men who have been among the goals recently Supporting French Eddy,

Uralius… WAS THAT IT… HMPH.. 🙂
A nice piece of investigative research and a comment. C’est bon mon ami Hercule 🙂

A great read indeed worth waiting for

Here is my happ’ny worth, Leipzig will field 11 men, Celtic will have 12 men (bhoys) eleven team players and a crowd cheering them on, yes Celtic has home advantage. Celtic will be better motivated and will be far more confidant than the first game, why? we have a settled team, that’s important BTW. Tactics and systems are tools, but lets not overcomplicate things. Hunger, desire, confidence, with an awful lot to play for, good players, these are more important. Tactics and systems help, that is why we have a great manager, one who can adjust tactics as and when… Read more »

We do have a decent Manager but in the previous 2 games it was the opposition Managers who changed Systems and comfortably beat us.
That’s the biggest worry for me not form,ability,drive or determination.
Here’s hoping he has a plan A B and C this time out for we may need them.
The bench will be just as important tonight I feel we must have options coming off of it to change things if need be.

To me it looked like they started 424 which left huge gaps on the wings which we did not the guile to recognise or the ability to capitalise on. Their boss seen what was going on and changed it and won the game in fifteen minutes. The surprise, to me, was Bruma the wide player being moved to the top of the midfield and Kampl the central player going wide left, it clearly paid off as Kampl dominated Gamboa.

Great stuff Uralius! I agree young Kouassi played a good game. I felt Ntcham was a bit off the pace at times as he often is the first 20 minutes or so in Europe. We get away with coughing the ball up domestically in our defensive 3rd but when KT couldn’t find a teammate we got punished big time for the first goal. As for tonight I believe Ntcham is injured? For me Christie has to start on the left side of the attacking pointy bit, with Sinclair coming off the bench. Once again Uralius thanks for your synopsis of… Read more »

About 3 hours ago from Electronic Tims's Twitter via ETimsNet

RT @STVNews More than half of new claims in Scotland for the UK Government’s disability payment have been refused, according to analysis. news.stv.tv/politics/almos…

RT @MancStPauli A quarter of a century to the day when Cantona taught us how to deal with racism at football grounds. pic.twitter.com/egrMPBJoUH

RT @RealPaulMurray Jist saw this on Facebook. Haven’t seen it before. No idea of the source. pic.twitter.com/WHTcw4meE7