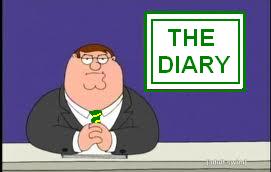 As elated as we were when Barcelona were beaten, this morning we are at the opposite end of the scale. Celtic were beaten 2-1 in Lisbon last night, and Benfica leapfrogged into second place. They now have the better head to head record, but face Barcelona in the Camp Nou and have to equal the result celtic earn at home to Spartak Moscow.

Barcelona are already through as group winners, and Spartak are out of contention for anything. Which , of course means that Celtic will atr worst be in the europa League knockout stages, as seeds.

Before the group stages started, we’d have bitten our collective arms off for that. Celtic are a young team, still learning, and have an enormous amount of potential at this level.

However, we have indeed fallen over the molehill at the top of the mountain, but there is still a chance to regain our balance and walk on.

So, what went wrong last night?

The press, no doubt with a certain amount of glee, will point to a lack of composure, a wee bit of nerves, a few players clearly not fit, and an  all round poor performance.

They could even be right, but there are a couple of things they will miss.

Firstly, for the Benfica winner, the forward, to quote Davie Provan, was “pulling off Kelvin Wilson”, which obviously distracted the defender, and secondly , the referee seemed to have his own intrepretation of the rules. In fact, it was almost a throwback to the days of “honest mistakes 2 at times.

That may not have worked, but beside the name of each official last night, was the word HUN, so no further explanation is neccessary.

Thing is, and it is a wee bit worrying, Lennon is doing what O’Neill used to do, and sticking with his favourites whether they are fit or not. Scott Brown will now face surgery, and be out for a very long time.  Was it worth it?

But, he will learn, and if he carries on learning at the rate he has done this year, then we have nothing to worry about. His comment about a few players “running on empty” tells a tale.

But begs the question, “why, then, play them?”

Still, its all to play for on December 6.

Rangers received the news that “in principle” the payments made to players under the EBT scheme were not illegal, and thus won their appeal. HMRC are going to appeal the appeal, and it all loks like it will rumble on for a while.

Of course, chuckles Green reckons it vindicates everyone, and even David Murray came out of hiding to declare it a “comprehensive victory” Murray, as we know, never thought he had done wrong, which is presumably why he offered a settlement payment before the court proceedings.

HMRC will not let go, as anyone who has dealt with them is aware. Someone is liable. a lot of players involved will be nervously checking the post for a while yet.

Meanwhile, Chelsea have sacked Roberto di Matteo as manager, after they decided his record of one European Cup and an English cup in less than twelve months wasn’t good enough. Ally McCoist has ruled himself out of the running, and we couldn’t get a comment on that story from Roman Abramovich because he wouldn’t stop laughing.

SSN reckons that Chelsea would have got rid of Mancini before, but his Champions League win prevented it, even though they had a replacement lined up… There were those stories of redknapp talking to a London club…

Roy Aitken was the man who said he didn’t know all the words to the Sash, but the story about bobby Lennox and a bet rings true as well, but I can’t verify it. The aitken one was in an interview for a club video years ago.

Speaking of the bear, a man who history has not remembered with the credit he deserved, against which club did he play a European tie, while he was still at school?

Game in question must have been versus Zachsenring Zwickau in East Germany on 3rd March 1976.

If we turn up with all to play for on 6th December, we could be in trouble. The Spartak games’s on the 5th.

damn you, Althetim, I was supposed to find ALL the mistakes :>)
I think Ralph is getting a bit sleekit slipping in technical ones like dates.

You seem to be a genius at them. I didn’t even know the decade in Roy’s question.

“SSN reckons that Chelsea would have got rid of Mancini before, but his Champions League win prevented it, even though they had a replacement lined up”

I know that Abramovich is powerful and all that but to sack Mancini (when he is manager of Man City !) … well those are powers indeed !!!

Ralph Nice to be cheered on this absolutely miserable morning. I refer to the weather here, of course. As for the football, I have no real complaints given you have covered all the “excuses” and criticisms. Seriously, I go along with youe summations, which are in the same vein as Desi’s match report. There is one criticism I would join in with you: “Thing is, and it is a wee bit worrying, Lennon is doing what O’Neill used to do, and sticking with his favourites whether they are fit or not. Scott Brown will now face surgery, and be out… Read more »

I’m sure thats what the guy on SSN said re mancini, but it just shows how little attention i pay to the world around me. Though he definitely said 6 dec. Or someone did.

Sachsenring Zwickau to give them their full title maybe??!! Did big jock not have to become legal guardian for the bear in order to take him out the country!!!

Yeah interestin how MSM are all over oldco having won big tax case when it appears its 2-1 at best in extra time with hmrc havin a penalty and oldco down to 10 men….. More to come from this once all 145 pages have been forensically examined

I must say that I find it exceedingly amusing that the hun topped d themselves for nothing (well £9m of nothingness).

It would seem that the worlds greatest manager is at fault here. Had he managed to stay in at least 1 cup competition that season, the hun may still be with us, polluting the atmosphere with their own particular brand of poison.

can’t decide if I’m happy or not about the big tax case decision – if they were innocent (absolutely no chance of that though), then they will have fallen on their own sword, so to speak, whcih is probably funnier than them being shut down because of having debts they couldn’t honour. It also elevates craig whyte & fat sally to even greater legend heights for ensuring the death of oldbigotco – craigy because of his financial incompetemce, fatsally because of his managerial incompetence. However, I don’t think it’s finished – if HMRC can’t get their money / pound of… Read more »