Browse: Home   /   Asking The Right Questions….Before Its Too Late 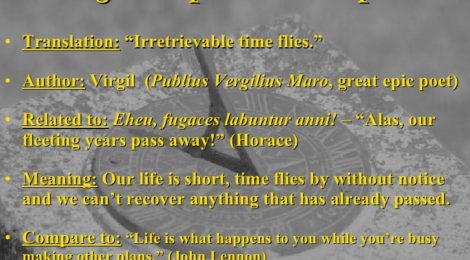 Asking The Right Questions….Before Its Too Late

Timposter outlines the importance  of asking the right questions to get the answers we are actually looking for..and why we should ask them now

Friends, Celticonians, countrymen (and Women), lend me your ears.

I come to bury @ScottishFA, not praise them.

The evil that these men do lives after them…….To ask, or not to ask, that is the question. Whether ’tis is nobler……erm wait a minute …I’ve strayed off already.

Having recently cogitated over a virtual glass of port with “informed Twitterati” over the current shenanigans of @ScottishFA or to be accurate the lack of any sign of the Compliance Officers Report, day 214 and counting, I decided to ask @ CelticFC & @CelticFCSLO via Twitter

“Will you be giving ST purchasers an assurance that SFA can be trusted to act fairly?”

As yet there there has been no reply, but I believe @CelticFCSLO is on holiday and it it is Easter.

I must admit that that I pondered whether to ask this question. Why?- you ask… (Well I did of myself)

Tempus fugit (and naw he’s not our new Centre Back transfer target) lies at the heart of my dilemma.

Season Book renewals are rapidly coming towards us and as I see it this is the main leverage we have to exert pressure on those who run our game.

CASH is the ONLY language they understand.

If enough fans hold off their purchase until the clubs respond that puts pressure on both the clubs and SFA to give an answer.

So why my dilemma?

Well some might see this as another stick to beat Celtic with, where Celtic become the focus, rather than those who are responsible for the corruption.

We need other clubs fans to act too. Otherwise Celtic will only say that other clubs have to be of the same mind to vote through changes.

Some say we should be more patient and allow time for events to take their course.

Do we need to allow time for a new fair minded incorruptible SFA CEO to be appointed to deal with the Compliance Officers Report ? (stop yer giggling Jock).

Perhaps we should give him the benefit of the doubt, maybe he is an honourable man…

Also there is a more fundamental question.

Having asked Celtic to give us their opinion on SFA I have resisted from asking the obvious question.

Why do we have to ask them this?

Should Celtic be, as a matter of course, more proactive by telling us their position before any of us have to ask this obvious question?

Of course they should.

So why aren’t they being proactive?

What possible reason could there be for them not being proactive ?

Which brings us back to making Celtic the focus rather the guilty SFA. Which, of course, is exactly what the media and the authorities want us to do.

And the very last thing we should do, although if we have to…

So how do we have a dialogue with Celtic where it is seen as a question rather than an attack? A genuine request for information as opposed to another round of criticism.

If we don’t, we run the risk of failing to grasp this opportunity to force the changes required in Scottish football.

If we do, we have to act now. And act correctly.

As someone, who shall remain nameless ………sagely put to me…Time has a purpose.

It stops everything happening at once.

Concentrate on what is about to happen and stop looking for what isn’t there.

Deal with what is.

Though why should it be down to us ?

What about unaudited accounts????Has every other Scottish football club presented audited ones???
The rules clearly state audited before 31st of March The Rangers International FC have breached this again will the SFA deny them the privilege of European football next season????

Fuck the other clubs, they don’t give a fuck, some of their fans might but they aren’t motivated to pressure their boards.
They’ll happily accept their £350,000 CL income though…wanks.
It looks like Celtic will have to fight this ourselves….so fucking be it!

If we get to the SC Final we could boycott it and watch it from the pub to hurt the SFA, and their sponsors. The threat of us pondering undertaking a boycott however, could force the SFA refs to pull out all the stops to make sure we did’nt get to the final. Whats new eh? So no point in hiding the fact that we are discussing the possibility/probability of a complete boycott to let the SFA know that we are willing to flex our muscles due to them dragging their feet on their tardy outstanding promised report.

We should do NOTHING that has an adverse effect on the team, the players are on the park trying to deliver success for us, those lucky enough to be at Hampden should let the SFA know how we feel, loudly & clearly.
If the compliance officer findings suggest ‘ we move on ‘ that’s the time to down tools, but we should be telling our board NOW that that’s what is going to happen.
The board need to fight this or fuck off!

Because, Timposter, it seems that no one else cares. The SFA is usually run by and for whatever corrupt club plays at Ibrox. The SFA do nothing so why are EUFA and FIFA doing nothing about it also? Well, the SFA are corrupt but nowhere near as corrupt as EUFA and FIFA who come second and third behind the IOC as the most corrupt sporting organisations in the world. We now have a manager of the national team who received an illegal EBT and the SFA likes to employ those that received them too, so that any jiggery pokery can… Read more »

Joe O’Rourke of The Celtic Supporters Association, rails against the one club only mentality, The Celtic Trust will also hold a view on this dilemma. Only by strength in numbers will we get the change to the honest run game that we crave, otherwise my/ your season ticket withdrawal will be a futile gesture, it might ease our own conscience but in the grand scheme of things not amount to anything significant.
“To renew or not to renew, that is the question”
Whether tis nobler in the mind to suffer,
Or to let your club, go doon the duffer.

The strength in numbers relates ONLY to the CSA and the CT no-one else, I long ago gave up any hope of any other clubs supporters, doing anything for better governess, they, the other clubs, are only interested in taking our money. Giving up our season tickets is futile unless its done by thousands of supporters and that can only be achieved by it being orchestrated and backed by the CSA and the CT.

So let me get this right, the victims will boycott their own club(s) depriving them of the money they need to survive and prosper to punish a club that breaks every law in the Book and seems to get away with it. Punish Celtic to punish Sevco? Actually it’s punish Celtic to punish Sevco and hope the authorities take any notice. Hmm there might be a flaw in this cunning plan. The minute Celtic FC weigh in publicly it becomes a Celtic versus “rangers” issue and all that comes with it. It’s a kind of doomsday scenario. Bad idea

Firstly Broxi, I detest the term “Victim” I am not a “Victim” and refuse to be addressed as such. Secondly, if the club/board, do nothing about the cheating, it makes them complicit, as you are very aware there are many different elements to cheating and fraud, you can be charged with complicity if you know about a crime and do nothing about it. The Celtic board have NOT been complicit, we know that they have been in contact with the SFA on this matter, so this matter IS public. I am happy to wait for the C.O. report, however if… Read more »

You silly celtic fans you should have bhoycotted all away games

Away back to Swallow Swallow, William, have you and the other thick mutants not got decisions too make about who’s stealing money from you all? 10 in a rows on the cards, you hun bastard, you’re not welcome here.

We like to watch our team skelp you at home and away from home. You canny afford us not to come to your shitty ground.

All away games fannies ya gutless weeds , all the other fitba fans are laffin their ass off at us daftie tims HO FKN HO

Fuck off ya Zombie prick

Monti, he probably never got an Easter egg yesterday and is sitting plotting to kill the family pet to get back at his ma and da….it’s the hun way, as you know.

William, do you fancy a conversation on the dialectics of historical materialism?

Noel,could you please desist from raising the standards on this site? We have certain standards to live down to…..not as low as Charlie Sash though…..

Rab, throw a curveball at the mutants that requires a bit of thinking and they scurry back under the pile of shite they appeared from. It’s the klan way.

Gutless weeds when it comes to action that includes you MONIT HA FKN HA.

Oh really your own board are screwing their own fans day in day oot , c’mon boys they will kiss our big hun asses to make sure the crowds keep comin in HAIL HAIL INDEED PHUQE RITE AFF hoop diddies WATP 1690 INAW THAT.

My club is very much alive asswipe.

Said it a few times before.Anyone buying a ST knows what they are buying in to.Anyone paying over the odds to watch a 6 year old club going for,er,ONE,why? Don’t give me the tribal crap.It gives credence to the continuation myth.
The compliance orifice is busy investigating why all my winning caption entries have been held back by puggy/dad Ralph/Wordpress so don’t hold your breath…..except You,Sash…..

Was not Ian Bankier on holiday the last time they the SFA/SPFL made a gewgaw decision about Rangers(IL) that covertly manipulated thy shame?

Come on,is there anyone to help us supporters when they treat us as their help?

“Though why should it be down to us?” `cause.

Celtic fc gutless weeds , fans real phuqin gutless weeds too scared tae bhoycott away games, had you did this at the start o’ the season the scumbags who run your lovely gemm in porridgeland would have been crying the phuqin blooze after a few short weeks , stay away from all away games there noe you’ve been T O L D .

My eldest daughter gets married today…