With Apologies for late posting (blame Ralph Malph), CELTICBYNUMBERS has compiled an excellent analysis of Celtic vs St Johnstone which as well as a great read should also help folk prepare their tactical awareness for enjoying our up and coming vital games..

Celtic found their way past St Johnstone with four second half goals. An entertaining display saw several early openings as Rogic found space between the defensive and midfield lines. Once St Johnstone adapted their shape to a 4-5-1, closing off this area, chances dried up as the first half wore on. Celtic attempted 11 shots from outside the box in the 1st half, low scoring probabilities, as the Perth side kept the Champions at arm’s length.

Once Roberts found the corner with another long-range effort, and despite an immediate St Johnstone equaliser, the away side seemed to tire as Celtic’s speed and running power wore them down. Otherwise the game was notable for full debuts for right full back Anthony Ralston, and wide attacker Michael Johnston. 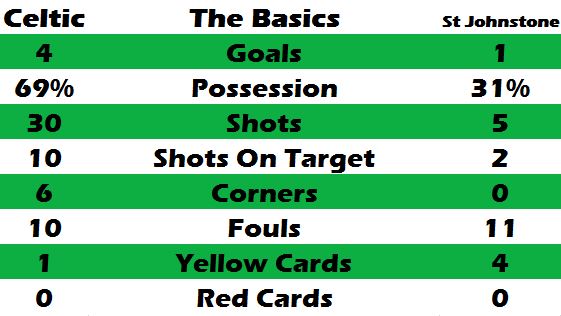 30 shots is the 2nd most Celtic have had in any league game and it is the 5th time in the league they have managed at least 10 shots on target. Between them, Armstrong (5) and Sinclair (4) failed to hit the target 9 times with efforts.

This was the 13th time in 35 league games Celtic have scored 4 or more goals.

Apart from the two games against The Rangers, Celtic have not completed fewer passes in any home league game this season. Pass completion was as per the overall season average. This makes Celtic very efficient in terms of the number of passes required per shot. Requiring 16 passes per shot, only in the first game at Ibrox, where Celtic required 13 passes per shot, have they been more efficient.

St Johnstone’s 160 passes is the most they have managed in the four meetings. 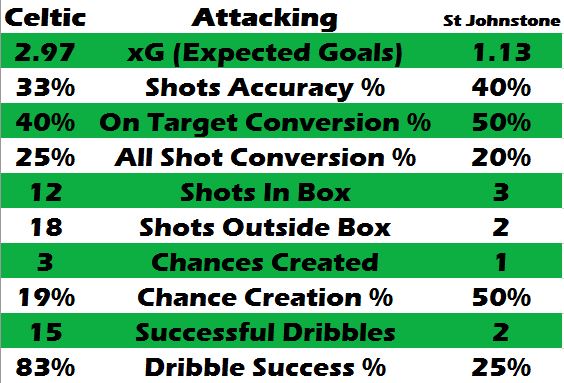 St Johnstone’s xG is explained by Cummins two-yard header from which Gordon produced a tremendous reflex save. That was a high probability chance. The subsequent pin ball went St Johnstone’s way and McLean scored, also from close range. This was their only 2 shots on target in the match.

By contrast Celtic attempted 18 shots from outside the box, although the opener from Roberts was long distance but deadly accurate. Celtic have averaged 26 shots per game versus St Johnstone this season but 30 total is the highest. 10 on target is 4 less than during the 5-2 match in February.

Celtic successfully created a chance from only 19% of their attempts. This is not the lowest in the league this season – only 13% of key passes found their target in the 2-2 versus Ross County away.

15 successful dribbles from 18 attempts is a record high for the season. It was noticeable that St Johnstone tired in the 2nd half, making them susceptible to players running at them. Bringing on Sinclair, McGregor and Forrest against a tiring defence allowed Celtic to stretch ahead with McGregor’s goal the epitome of that. Additionally, St Johnstone although superbly organised and packed with experienced and hardworking players and very one paced and lack quickness. 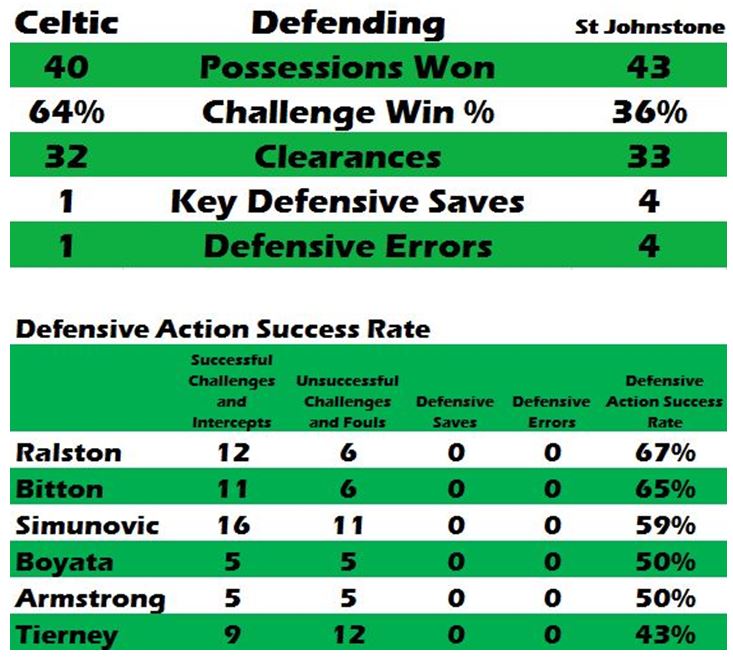 Anthony Ralston
Although not his debut, Ralston completed his first 90 minutes for Celtic. He tops the Defensive Action Success Rate table (which I am still finessing). His performance was characterised by driving runs down the right flank in support of Roberts. Like Tierney, Ralston offers a wide option whilst his winger (Roberts) occupies the inside right position as does Sinclair (or Johnston in this case) on the left. He led the team with 4 unsuccessful attempts to create chances.

As with Tierney he favoured trying to pass into the box rather than just “pump it in the mixer”! He also completed 2 dribbles. Ralston also led the team in giving away 10 passes, whilst his overall involvement was the lowest of any of the defensive players with 72 possession events. 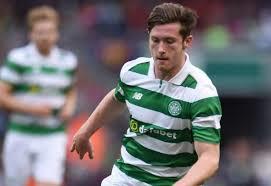 Defensively Ralston was generally well positioned and was muscular in the challenge. Incredibly he won 11 challenges (I do not currently differentiate between headed duels and ground based duels). Of those 11, 7 challenges resulted in possession being lost.

Michael Johnston
Johnston made his full debut, given the unenviable job of replacing Player of the Year Sinclair. Like Sinclair, Johnston played “one in” rather than having chalk on his boots as a traditional winger. Tierney, as usual, provided the advanced wide left threat. 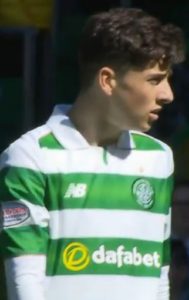 Johnston was not shy in showing for the ball, and completed 20 passes in the 1st half – more than any other attacking player. He only gave away 2 passes in that half. His 92% overall pass success was only behind the two central defenders. Additionally, he completed 1 dribble from 2 attempts. He managed 3 shots on goal, 1 on target.

Johnston’s best moment came in the 47th minute when, making a cute run to pick up a Bitton pass when Celtic were defending a free kick, he then carried the ball to within 30 yards of the opposition goal. A simple inside pass was caressed into the net by Roberts to give the 18-year-old a debut assist.

Subbed shortly into the 2nd half, this was a memorable debut with flashes of skill and pace, as well as decision making – he was not dispossessed once in addition to his great pass selection. As Rodgers has mentioned, if he can add goals to his game there is a player of some potential here.

Bhoy of the Match 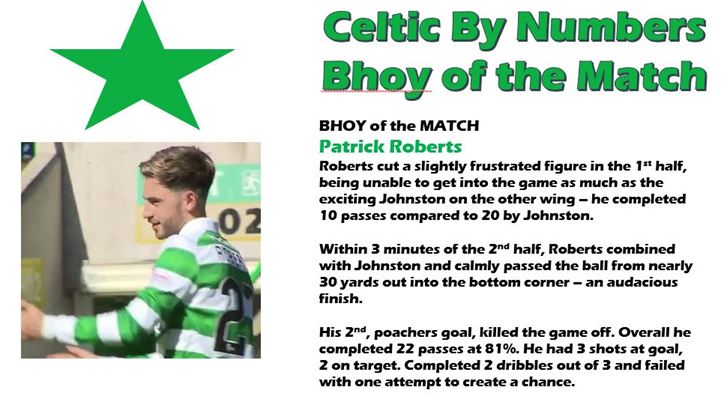 WHICH MONTI ARE YOU? SCORE TONIGHT? HH

Vote Up0Vote Down
Celtic By Numbers

None of them. Predictions are for mugs – 3-1 Celtic.

Vote Up0Vote Down
Celtic By Numbers

Are you Pedro,the predictor? How many times have Celtic scored 3 in first eleven minutes then been mince for the rest of the game?GF45

Like the look of young Ralston, sincerely hope he makes it at Celtic, I thought young Mikey Johnston had a memorable debut. St Johnston are a hard working team with a very settled side who especially at this time of year go hard for the prizes on offer, I have a big regard for Tommy and his Team. Celtic have progressed massively this year and the players are showing their pleasure at playing for a top manager, they will have learned a lot. When MON was Manager it was noticeable that several of his players went on to coach,the MON… Read more »